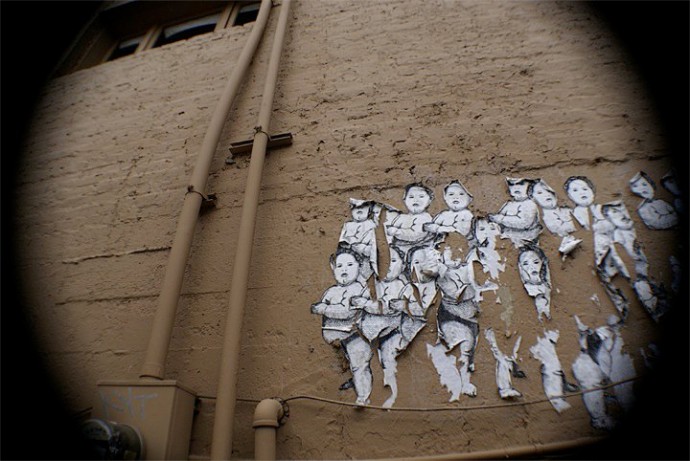 The first time my husband kissed me, I had a panic attack.

He wasn’t my husband then, but it wasn’t long after that I knew he would be.

I panicked because I was alone in a room with a man I had met in person only once before and had flown from Seattle to San Diego to see. Plus, we had smoked a lot of weed, which I have always had a low tolerance for and, when stoned, I become incredibly antisocial.

He had gently pressed me down onto the couch cushions and was moving his mouth on my mostly-still lips. I could hear his cat running around the living room. I could hear traffic outside the open patio door. I squirmed out from under him and sat up, hyperventilating and hugging my knees when I finally got myself into a sitting position.

He said he was sorry, he was just excited to see me. But I couldn’t talk to him, I couldn’t spare the breath.

We watched Sunshine with Cillian Murphy sitting a foot apart from each other on the couch.

When it was time for bed, Richard asked if I wanted to share his bed with him. I said no, I was anxious, I wasn’t comfortable with that, I would be fine with sleeping on the couch, but he didn’t want me to have to do that.

This is where my story comes uncomfortably close to parallel with the accounts of sexual predation in the alt-lit community this week, especially Sophia Katz’s account of being trapped in New York with “Stan” who was revealed to be the editor of Pop Serial:

When I explained I was tired and began unwrapping my sleeping bag, he stopped me.

“It’s cool, I don’t mind. I actually like sleeping on the floor.”

“No way, I’m not gonna let you do that. Come on, my bed is comfortable.”

I removed the absolute least amount of clothing, hoping to steer clear of any non-verbal invitations while still remaining comfortable, to some degree. I got into bed and immediately faced opposite him as he turned out the lights. After about three minutes of laying completely motionless, hoping to become more relaxed through his lack of movement, I felt his arm grazing over my waist and up and down the length of my body.

But when my husband said I didn’t have to sleep on the couch, it was because he insisted he would sleep there. I got his bed and his bedroom to myself. He didn’t try to touch me again until I initiated affection in the early evening of the next day.

I could have easily been Sophia. Or like her at least, but I wasn’t.

He wasn’t. Was that so hard?

Once, my freshman year of college, I had been seeing a slightly older man but no longer wanted to be involved with him. I hadn’t figured out how to break it off yet. I didn’t want to do anything. I actually had grown to find him repulsive, but I didn’t want to hurt his feelings.

We were alone on my bunk bed in the dorms and he started rubbing against me.

“Let’s not do anything. I’m on my period,”  I said when he tried to take off my pants. “I really don’t feel like it.”

To which he replied, “Well, I’m still going to get off.” He came onto my stomach and my dominant thought was, Well, at least it was just that. This could have been a whole lot worse.

Through the entire episode, I lay still and silent.

I was silent because I believed a firm “No” could cause the threat to rise exponentially (an offended man is more dangerous than an appeased one).

“No” is what we have been told to offer as a means of being coy.

“No” is an abbreviation for “convince me.”

“No” is not a liberty given to a woman socialized to prioritize a man’s feelings over her own. The only thing I was able to have visible indignation over was that he used my good hair towel to clean himself off.

I’ve worked hard to learn how to give an unambiguous rejection.

After I got engaged, the man who didn’t understand my polite “no” six years prior sent me a Facebook message asking me if I “still thought about our talks.”

If I had been less high that first night in my husband’s apartment, I might have been more concerned with hurting his feelings. But, fortunately(?), weed allows all of my anxieties to override any concern with decorum.

This, I recognize, is not a liberty most people have when they are intoxicated with anything.

In the aftermath of the alt-lit sex abuse revelations a close male friend said to me over Facebook chat, “how can you ever trust your judgment again”

He had been friends with some of the abusers and, while previously skeezed out by some of their actions, did not immediately see them as actions of serial abusers.

I typed, “i don’t know. … nearly 1 in 5 women in the US experience sexual assault, most of that is from intimate partners and we fail to teach enthusiastic consent.

“maybe it is cynical, but i kind of always operate under the assumption that there are people around me who have perpetrated sexual abuse that i don’t know about.”

He typed: “i feel i’d live in fear thinking that way”

He went on: “but fair points

your husband is not capable of something like this

“i don’t believe i would be

“but that’s easy to say i guess”

And that is the heart of the problem. We do not have the imaginative capacity to see our potential for harm.

I don’t think it is unfair to say that this lack of imagination is at the heart of every human conflict. We have not been taught to have the empathetic capacity to clearly see another person’s pain when that pain is caused by our own actions. But we do have infinite capacity to dream up justifications.

When we fail to step outside the center of our own narratives, we see ourselves as the primary victims even when we are perpetrators of very bad things.

As a child, I saw myself as the victim after I gave my younger brother a black eye because I was grounded for hurting him.

Self-victimization of this sort tells our victims that it is not their turn for feelings yet, that their feelings have stepped outside of their boundaries. It says, how dare you impose your feelings on me, the unwilling recipient?

Case in point, one of the alt-lit abusers wrote in a text message to his ex-girlfriend: “i want to be held accountable, but in an educational way, no less condemned by jsut [sic] not actually fucked.”

As an aside: the lack of acknowledgement of multi-layered irony in “not actually fucked” is totally stunning.

We are meant to grow out of that sort of solipsism. As adults, we are supposed to acknowledge that, yes, it still sucks when we don’t get what we want, but we have grown past the developmental phase where we will grab at what is denied to us.

All this is really just to say, why is stealing someone’s agency over their own body not a part of the childhood curriculum of do not take what is not yours and don’t hurt people?

That body is not yours. You hurt it. You hurt her.