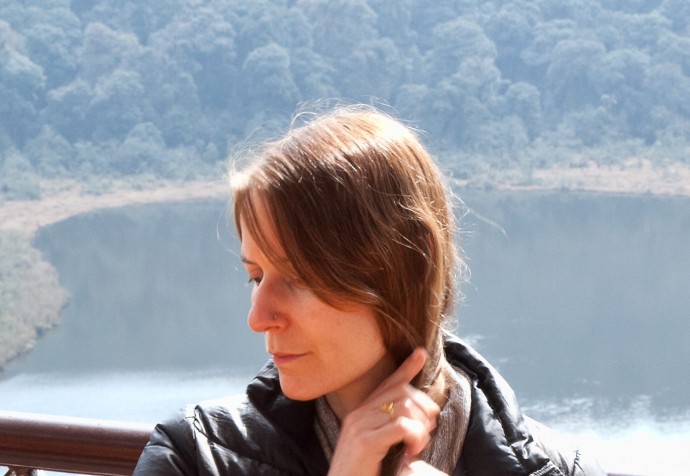 To know what it is to know is possibly the hardest thing to achieve on the page; for a book to move from language to cognizance to real life body and soul skin and bones. Creature, Amina Cain’s second collection of short stories, is a book that bears such magic, and I can say that I can feel it in my skin and bones. Amina’s stories are quiet and vibrant, each revealing the hidden trauma of its characters or narrators so casually, it magnifies the terror. There is always something underneath the surface in her prose, that softly explodes in its own intimate magnitude, her sentences pitch-perfect crescendos.

FANZINE: Your sentences are some of my favorite sentences, especially those you choose to close and end your stories. Like, “Someone said hello to me on my walk. Soon, I’ll only feel pleasure” in “The Beating of My Heart” and “We watch something violent on my laptop. It will help me wear this dress” in “Gentle Nights.” They are, to me, these perfectly timed, right amount of sleep, little devastations. They are so precise, it creates tension. What does the writing process look like for you? How do you start and where are you going?

AMINA CAIN: I like that you say “right amount of sleep” to describe those sentences. Sleep feels so important to me, so healthy. The writing process starts out looking like a vague, flickering scrap of image, or sentence, or feeling of a place that I spend a whole story trying to see more and more clearly. This scrap emerges and then it seems to send pathways out that become narrative and setting and character and other images too. These pathways find their own clarity, and also their own relationships to each other. Objects find their relationships, and sentences do as well. Or at least I hope they do. I just try to go towards that initial scrap, that emergence, those pathways and relationships.

FZ: I noticed that you referenced the film Wendy and Lucy in “A Threadless Way.” I really love that movie and enjoy Kelly Reichardt’s and Jon Raymond’s work together. How does film influence your work? What are some of your favorites, or those that left an impression on you?

AC: Film influences my writing a lot. The only thing I can really do is write, and yet I am in many ways visually oriented. I know I can not make a film, or a painting, and I’m not sure I want to, but sometimes I do want to see if I can translate what visual work does into a work of fiction. Two of my favorite films are Lars von Trier’s Melancholia (for its humor and horrific immersion) and David Lynch’s Mulholland Drive (for the way it so crazily and confidently changes gears), but right now I’m thinking of Mauvais Sang by Leos Carax, and that scene where the Alex character runs and runs and keeps running and dances to David Bowie’s “Modern Love” and the narrative is almost forgotten, at least for a little while. When I first saw this film many years ago, that scene changed so much for me, though I didn’t fully realize how it would effect my writing. I got to see how a narrative could have room–a lot of room–for another kind of experience. Maybe this is partly what Henry James meant when he called the novel a loose baggy monster, but I think this kind of thing is possible in shorter forms too: that an experience outside the narrative can go on longer than one might imagine it could. Part of what I am interested in when it comes to writing stories are these moments that occur, in a sense, outside the narrative, but that couldn’t exist without it.

FZ: Did you have any memorable moments writing Creature? I mean to say, if the writing of your book had to be filmed, what would we see?

AC: Well, if you mean a film of me writing the book you would probably see me acting out the dialogue, or whisper reading passages from the stories. You would also see me writing a lot in bed, which is the only place I can really work when it’s cold out (though I am trying to cut down on this because I know it’s not the best posture or situation for the body). You would also see me wasting a lot of time, on the internet. From a distance it might still look like I am working.

FZ: Your narrators, from story to story, sometimes bleed together, not as though they were all the same character, but instead, it’s as if they were all scored by the same soundtrack, or haunted by the same sad beautiful song. Their worlds seem both connected yet isolated from one another. It gives them all this kinship in survival, this sixth sense of observing life through enduring lenses. What are you looking for in a narrator, or in any character, that takes center stage in your stories? What makes a character belong to you?

AC: These are such nice ways to describe the narrators and their relationships to each other: scored by the same soundtrack, haunted by the same song. While writing the book I saw them as separate beings that move around in their own territories but share a single heartbeat. That was what caused me to title the collection Creature instead of Creatures. A character that doubles and then another steps out of the third and so on, like a line of paper dolls, except that I don’t see them as doll-like, and they are not actually doubles, of course. But they are connected, versions of each other, or as you said, haunted by a version of the same thing. And they don’t know they are connected; they are facing out at life for the most part, alone. I don’t know what I’m looking for in a narrator or character; I think I spend most of my time simply trying to find out who she will be, what territory she will inhabit.

FZ: If Creature did have a soundtrack, what would your ten songs be?

AC: I have always wanted to be asked this question.

1. “You Are My Sister” / Antony and the Johnsons 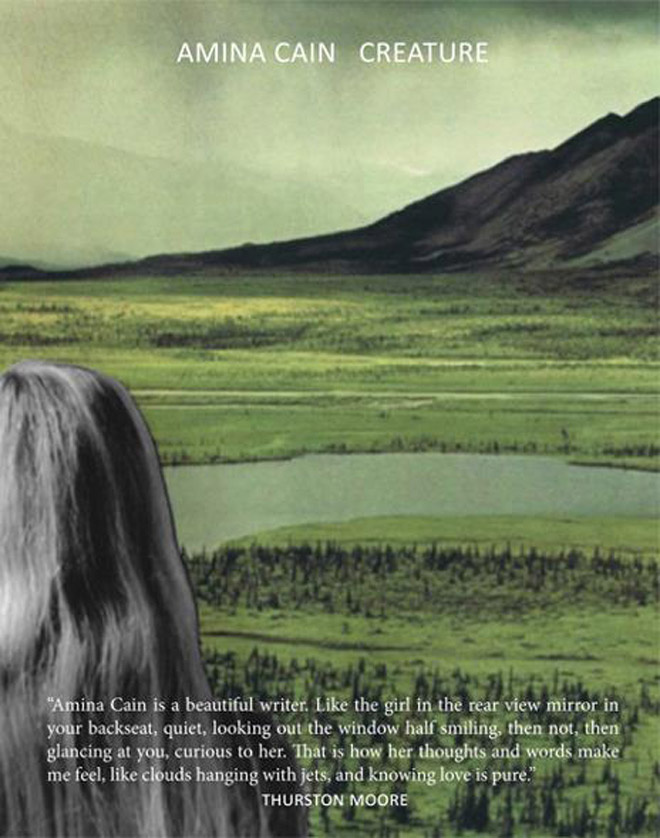 FZ: Recently, Rebecca Brown and I spoke with each other about how being a writer is also about finding your kin, both on and off the page. I know we both share a love for Clarice Lispector and Jane Bowles, but who are some other writers you would consider your kin? What did they do to cause you to notice?

AC: Happily, I feel a lot of kinship with all the Dorothy authors, like Renee Gladman (who has always been one of my favorite writers, and whose work always makes me want to write) and Suzanne Scanlon and Azareen Van der Vliet Oloomi, and also Danielle Dutton, who founded and runs the press. This is part of what has been so gratifying about publishing a book with Dorothy: a conversation around the possibilities of fiction, which is a mission of the press, feels very real and natural there and I do see it in each of the books, the possibilities of fiction. But another obvious answer (obvious because I’ve spoken of her a lot) is Marguerite Duras, who helps me notice things like tedium coupled with deep tension, quietness with high drama. But also, Bhanu Kapil, who helps me notice how a writer can accompany a character through violence or even death and offer not empathy, necessarily, but the accompaniment itself, the willingness to be present, to not look away. Then there is also Virginia Woolf, Octavia Butler, Nathalie Sarraute, Gregory Howard, Janice Lee, Selah Saterstrom, Tisa Bryant, Gail Scott, Harold Abramowitz, Mary Gaitskill, Violette Leduc, Veronica Gonzalez Peña, Kate Zambreno, Lydia Davis, Brian Evenson, Jorge Luis Borges, and Emily Dickinson. There are so many!

AC: Though the process of writing the individual stories was not so distinct from one book to the next–in each I was mostly trying to follow that scrap I speak about above–working on the books themselves did feel different. In I Go To Some Hollow there was a lot I was still figuring out about who I am as a writer (I am probably still figuring this out), but with Creature I’ve been able to see more of my own mind, I’ve been able to see what my concerns really are, what I want to get close to in narrative and in fiction. I’ve realized just how important image and setting are to me, for instance, and I’ve perhaps spent more time there. While writing Creature, I also noticed my orientation toward some singular thing, even though it’s a collection of stories. That is probably why I am now working on a novel: I am craving an immersion in a single thing. I want to sink into a novel space for five years. I don’t think I can say much yet about what this novel will be, as it is still very new, but it seems to involve dance and yoga to some degree, the physical space of them.

FZ: If you could tell yourself, your past self from before you started writing Creature, one thing that you know now that you didn’t back then, what would you say?

AC: With each year that passes you will love reading and writing more and more. There is a conversation between the work of others and your own that will continue and grow in very exciting ways.

Amina Cain is the author of Creature and I Go To Some Hollow. Creature is available from Dorthy, a publishing project.