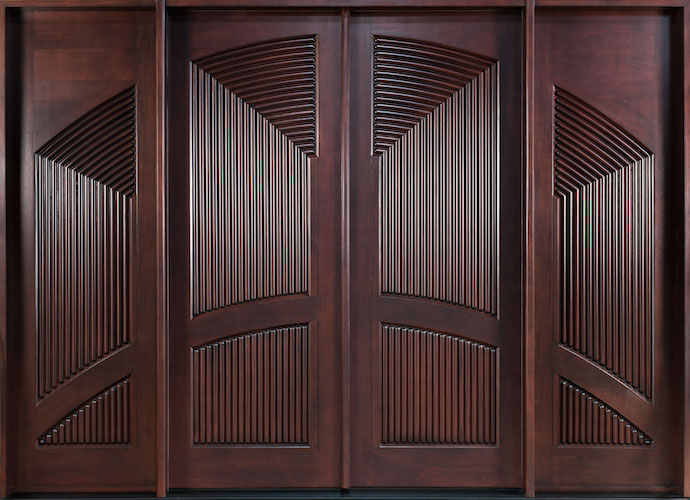 I decided this summer that I wanted to be done with metaphors. I decided that I didn’t like them because one thing is never another thing, it’s a lie to say something is anything but itself. These are old ideas of course, none of my ideas are new. But I’m trying to get at the thing directly whenever I can lately, and doing so means I have to reject a million other things, which is about staying alive.

I do, though, think you have to talk about ten things most of the time to talk about one thing. A few days before I exed out metaphors I was walking down the street in New York where I sometimes live. I was wearing this torn, floral dress, similar to something Janeane Garofalo would have worn maybe in Reality Bites. I was smoking a cigarette even though I said I had quit. It was very hot. I was late for wherever I was going so I walked quickly to pass this group on the sidewalk, which was five adults and a kid, probably four years old or so although I’m bad at figuring out how old children are. As I was walking the kid turned to me and said, “Hey, are you a girl?” and I smiled and I said, “No,” and then the kid said, “Are you a boy?” and I smiled and I said, “No,” and then the kid seemed to think very carefully and said, “So you don’t have to be a boy or a girl?” And I said, “That’s right, you got it, you don’t,” and I smiled again but started walking even more quickly because there were five adults with this kid and a lot of adults don’t want you to tell their kid to be a transsexual.

What matters though is that as I was walking ahead quickly the kid yelled out after me, “Hey! I live in a house with a door!” The kid said it with a lot of confidence and a lot of happiness, like I was really supposed to know this. And I turned around and said “Hey, me too!” and we both laughed and then it was over, I was down the block.

Isn’t that so beautiful? “Hey, I live in a house with a door.” I was having trouble reconciling how beautiful that sentence is with how grumpy I’ve been about metaphors. I still felt strongly that a thing is not another thing and if we claim that it is we are lying. But at the same time I was really desperate to attach other meanings on to what this kid said, meanings in addition to its meaning. A door is a pretty obvious metaphor but let me parse it for you anyway. Living in a house with a door means you get to shut off the private and the public from one another a bit, which is important to me, as most of the people who yell things at me on the street are not friendly children, and it’s nice to think that the kid understood that (maybe there was some compassion there) and also sad, to be that young and aware that leaving the house is not a safe thing to do. So it suggests safety and agency and danger, which were all the things we were experiencing right then, together, on the street. And maybe even the kid suspected that I live in a house with a door, too, so this could be a gesture of commonality that recognizes a shared privilege, like we’ve acknowledged some potential differences in our genders here, sure, but we’ve both got houses with doors to go back to, which not everyone does.

So it felt slightly impossible to me, to try to think of this kid’s sentiment without putting the weight of metaphors on it, even though the kid and I were basically talking about how everything is its own thing and we don’t always have to say we are something else if we don’t want to. And then my friend Sasha came to my apartment a day later, and men on the street had just yelled at her like they often do, yelling basically because of metaphors. I told her the story about the kid and started rambling about all this, not because I didn’t care about her specific and most recent harassment but because it happens to both of us so often that it’s really not worth lingering over for too long. Like a few days prior to that, we’re walking together and this guy comes up saying, “You’re fake, everyone knows you’re fake,” and she just stuck a hand out, a hand in a face, and we kept talking about tacos, as we were. Because our hands are not metaphors.

And Sasha said to me later that she actually thinks what the kid said is more beautiful if it isn’t metaphor, either. I had shared some information about the world and then the kid wanted to share some information about the world, and if I started getting all loopidy-loo-gender-theory about what the kid said I was probably missing the whole message, which is just, “Hey, I live in a house with a door.” And really, Sasha reminded me, isn’t that beautiful enough? That we are all living lives rich with very basic facts, that we dry forks and touch our hair and throw away a sock, and these quotidian moments are what come together to constitute how we experience the world. And, she reminded me, when we are lucky we get to meet someone else, and learn some of those very basic and very concrete facts about that person’s life, as that person learns similar facts about us.

Somewhere in the act of making a metaphor a connection seems possible that might not have seemed so before. And such a moment is not only beautiful, but also powerful. There’s power in the beauty of a connection like that, a connection between two images or ideas that opens up space for a connection between two people, or more. But even when I say that the short walk to the train is hell sometimes, or that human connection is a broken bruised cock, or that lipstick is a thing with feathers, really wouldn’t an even stronger connection have been possible between us all without the fantasy? Think about a walk to the train, think about human connection, think about lipstick. Sasha and I call each other sisters and by that I mean she is my sister.

This kid lived in a house with a door, and it’s so important to me, both the fact and that the kid shared the fact, so I think of it often, still. Like last week, walking home and some guy calls me a faggot, whatever, and it’s dark and the cars on my street have those blue security lights flickering in their front windows, on the rearview mirrors. It’s a long row of unsyncopated blue lights. And years ago, pretending to be a young boy, I would have seen this and called it eidolon breathing or a calm like the calm of the stars also flickering above, but really it’s just a bunch of lights that say this is my car, don’t fuck with me, I’ll call the police and they will hurt you, I have something you don’t and I want to keep it that way.

T Clutch Fleischmann is the author of Syzygy, Beauty and the curator of Body Forms: Queerness and the Essay.