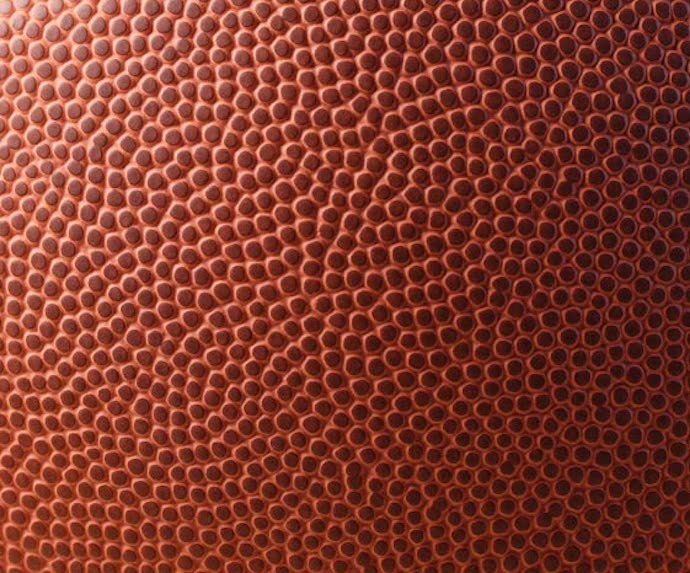 I dreamt I was Kawhi Leonard and still nobody loved me. But I didn’t care, I was Kawhi Leonard, and I was ready to play. I was bouncing around in the locker room. Left foot, right foot, left foot. The ball of my left foot was aching. I was thinking how unimportant I could’ve been before this. I was actually thinking about how Microsoft word always underlined my first name in red. They don’t do that for Kobe or Durkheim or LeBron, or any other weird name, but nobody can even spell my name. Everybody misspells it Kawaii or pronounces it “Kaw-Hee,” or “Kaw-High.”

The ball pain gets bigger I breathe a couple times to slow my heartbeat. Kawhi doesn’t get scared, Kawhi is a rock. Kawhi is the board man. The board man gets paid.

I put my air pods in so nobody will talk to me. Part of me wants to die and the other part is all Kawhi Leonard and the other part has strong legs and very large hands. I can hold anything. I can hold a watermelon in one hand and the ball in the other. I can move the ball with five fingers. I don’t need ten fingers. I don’t need anything. I kind of need my foot. My foot will be okay, it always is, they count on it. I stretch some more. Move. I touch a guy’s shoulder because he is smiling at me. I don’t even register who it is.

I dreamt I was Nick Nurse and my mother was tightening the pit of my stomach, pushing me over a small brink of composure. I didn’t care that everyone saw my head between my knees. Coaches cry too. I was thinking I could cry right there, and my guys would run to me and I could get five, six hugs and it still wouldn’t be like my mother’s hugs. It still wouldn’t be my mother. When you can’t breathe you just stare a guy in the face, even if he’s not looking at you. You sing the song in your head—the one you sang in the empty gym, with your guitar and a tapping oxford shoe. You stare at the guy and his winning face, which sometimes seems the same as his starting face. But it never is, it’s always different. It’s always in the eyes, the way the eyes shock the nerves out of your body. They don’t pay me to be an indie musician. They pay me to pay attention.

I dreamt I was Nav Bhatia, but I was very much myself. I was myself inside of Nav Bhatia, if Nav Bhatia was a nervous wreck. My hands were fists inside my jersey. I’m sure that Nav was nervous, I’m sure his heart was beating as fast as mine when the Raptors were down in the first quarter. I don’t know if Nav Bhatia’s stomach was hurting as much as mine. I was friendly, and everyone loved me, I know that. I was seated among Warrior’s fans. I loathed Steph Curry, but I pretended to be impressed by his skills. You have to exude the positive energy, that’s the only way you get it back. Steve Kerr knows that too; you see it when he credits the other team in press conferences. The devil always smiles. So does Nav. I wasn’t just Nav.

I was Nav’s towel. I was the towel. I was the towel that cursed the free-throws of the opposing team. I was twirling and spinning winding myself into myself. I was the curse. I was beads of sweat down Giannis’ face. I was Steph’s mouth guard; his teeth were heavy on me. I could’ve slipped out, but I didn’t want to be that cruel.

I was the armband Drake wore to cover his tattoos of Steph and KD’s jersey numbers. I was Drake’s spasming uvula. I was the girl in the fifth row who screamed, “hell yes!” when Curry missed, finally. I was the way she looked at the fans around her, red in a sea of yellow. I was her selfie. I liked her selfie. I don’t know her. She doesn’t know me. Finally, Jesus. Do it again. Miss again. Get back. Get more. I believe in you, baby. Move.

Buckets. I can’t even watch this anymore. Buckets!

I was the breath between Kyle Lowry’s boat-shaped hands. I was the floor he seal-dived on. I was the round irises he used to search the faces. Find red. He finds him. He always finds him.

I wake up from the dream where I’m Kawhi Leonard. I’m achy, frustrated, but I feel sexy and muscular. I eat an avocado for breakfast and wonder how I would look in Danny Green’s suspenders. Probably worse. Ibaka’s fedora? No, Siakam’s sweatband.

I write an essay about my trauma because I don’t feel creative. The byline is underlined in red. I think of all the ways my name has been mispronounced. When the Raptors lose game 5 of the finals, I climb a tree. The tree shakes a little. I think of Kawhi writing a University paper about basketball. Or Emile Durkheim’s functionalist approach to community. I think of Kyle’s mom making him cereal and leaving it in the fridge before heading to work. I think of the personal chef Kyle must have now. I slip because my fingers start to ache, and I lick my scratched hands. They’re so small, I’m only five-two. I try to climb the tree again, but I can’t so I lie on the grass and yawn.

With a hand over my mouth, I catch a ladybug on my wrist. The article pays one-fifty. The sky opens up and I find a cloud that looks like a cloud, and nothing else. It’s spectacular and I want to live. I take a photo of myself wanting to live. The people on Twitter pray against a game 7 because they know how hard it is to lose it all. The people on Twitter love my childhood pain so much it’s retweeted thirteen times.

I get a check in the mail the day before game 6 but I don’t want to open it until my street lights up with cars and red dinosaurs and some kid grabs my hand and says come on, and we pour onto Queen St and stop traffic for at least two hours, at least. And the living is so good the players want a piece of it and they film a thank you video and Nick is in it too and everyone reposts it to Instagram with the caption THAT’S US BABY and Kawhi decides there is such thing as home and wants to stay forever and try a new restaurant every day because everyone loves each other because everyone wins because rebounds happen so many ways because when I dream, I dream this whole thing is proof that eventually, everyone gets paid.