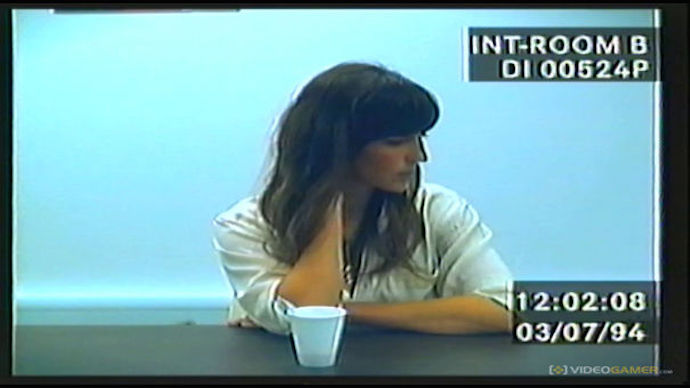 In an interrogation, information is always taken from the “interviewee,” whether they will it or not, and information is only valuable proportionally to the number of relevant people who don’t possess it. In recent years, media like Serial and True Detective have popularized a new form of detective narrative, one that is centered around a civilian interrogation/interview. They invite the viewer to layer their own interpretation on what they see and hear. The allure of mystery has always been from it’s suggestion of audience participation, that you too can solve the case, perhaps even before Sherlock does so on screen. The character of the detective is presented with a murder and the questions “How?” and “Why?” There is something mystical or odd about the death, so the police contract the detective to literally make sense of the senseless. No one else can do the work, because it requires wading into a sea of conflicting facts and pulling out the truth, a job only the most liminal character can accomplish. Of course, on screen, he always have something up his sleeve that the camera failed to pick up, and in real life there is no such thing as an armchair detective “solving a case.” Removing the interfering layers of less interactive media is Her Story‘s promise to the detective genre.

Her Story plops you down in front of an old CRT Windows 95-style police computer and presents you with a single prompt. The video database search engine has a single word “MURDER” typed into it. You have a handful of readme.txt files, but other than that you know nothing about why you’re here. The glare on the screen is a bit harsh. The curvature of the screen distorts the images and text. Typing on your keyboard generates a satisfying key press from the game’s GUI, and the computer whirrs pleasantly when asked to retrieve video clips. Aesthetically, it felt like a long lost home.

Developed by Sam Barlow, the director of Aisle and several Silent Hill games, Her Story primarily consists of watching short video clips from seven different police interrogations of a single woman, played by Viva Seifert. The database engine returns the first five clips that have your search term, essentially allowing you to Google your way through the story. By limiting the max number of findings, the game simultaneously prevents you from being overwhelmed by overly successful guesses (see: the time I typed in “the”) and introduces a thread of difficulty, allowing you only brief glimpses at each turn. Much of Her Story‘s draw results from your personal investigation process. The police interviewers are silent; their questions are only present as implicit reflections of her words. Any input is accepted, so it’s possible to figure out the murder in a single input. It’s not about if you can solve the case, but how you will.

There is an old problem in story-based games of the conflict between story and mechanic: Any time you are listening to characters speak is time not spent with the primary draw of games, the gameplay. The tried and true approach has been to gate “content” (the story), behind players achieving some kind of mechanical victory. Every twenty minutes, a cutscene. If you buy this approach then these stories are little more than nodes rigidly connected by arrows, limiting (lying about) the possibilities.  Her Story elegantly side \-steps the problem by exploding the grid.

SE. Push can against wall. Climb can. Up. West. Push play.

For me, as someone who played a lot these games, the walkthrough is immensely depressing. In a parser game my experience is derived from the quality of the writing and puzzles, but in the end my impact on the game boils down to trying to divine the correct words I need to enter next to progress. If a game suffers from poor design, the disconnect between player understanding and designer intention can be enough to break the story apart. In Her Story, the system has set up any number of possible intersections you can look at the story from, each as valid as the others. As I watched this woman present and re-present her story, I began to pick out certain words, certain repetitions from clip to clip, as my jumping off point. A sample from my search history, with the number of clips each term returned:

I can look at that list and trace my train of thought from search to search, the “attic” mentioning a doll house, then my brain realizing that the clue of Her Story‘s title deserved at least a momentary glance, after which I returned to one of the first clips where the murdered Simon is described as having a ginger beard, and I wondered if he could be found somewhere else in the archive. 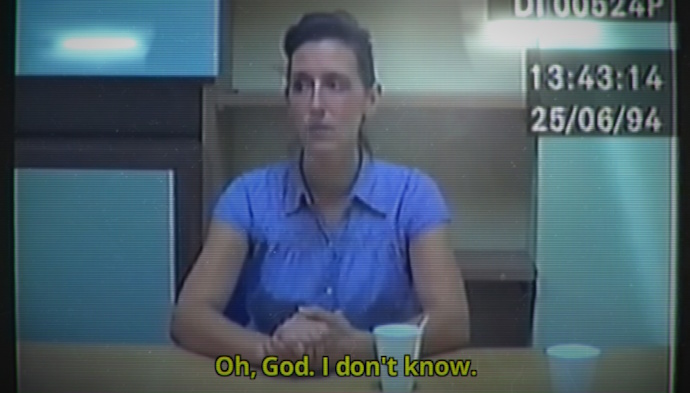 In a thriller, when you read the last page, if you followed the rules, and reach the end when you were meant to, the tension falls away in a cathartic rush. On the other hand, if the first thing you do is turn to the last page, the novel simply fails to ever acquire tension. Its mystery is unraveled and it has nothing more to offer.  In my playthrough of Her Story, I accidentally jumped the gun when I made a leap of inference. I listened to the clip describing the crime scene, the broken body, the accidental discovery. Ten seconds later, I typed “throat” into the search engine, and I had my answer. A lesser game wouldn’t have survived. Instead, I found myself in a predicament. I knew the literal details of Simon’s death, but I had no idea what happened ten seconds before or after. I wasn’t looking to lock anyone up, so of what use was my realization? I had one more piece of the narrative, but it wasn’t the cornerstone for understanding the crime .Much like the roleplaying game Microscope, the non-chronological access of a linear story encourages fragmented understandings of events. A detective ought to look deeper, and the game encourages you to.

In the hours and hours of dialogue, the interviewee talks about the murder, her family, her childhood, and in the end the game only asks you rhetorically “Why?” There is no single answer, and through its use of text and procedural response, the game tailors itself to your cognitive process seamlessly. As long as you are sure that you’ve found enough, the game is content. From one interrogation to another, the woman’s story changes. In different clips, she describes the same scene several times, with slight variations. There are clues in the way she answers the off-screen detective’s questions and how she takes her tea. Are they meaningful, a confession? Or are they just standard human mistakes? Many times I found myself re-watching clips and realizing why the woman spoke a particular way, having completely missed the subtext the first time around. Her Story has a lot to say about how we tell stories to one another, as long as you bring the curiosity to go looking yourself.