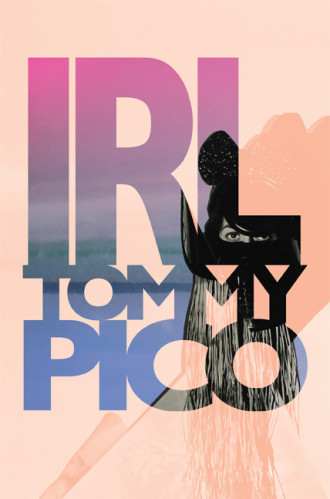 Tommy Pico’s debut poetry book IRL follows the protagonist “Teebs,” a queer “NDN” who discovers his very existence to be a threat to some people. Throughout the course of IRL, Teebs chases after an ever-shifting “Muse” through New York City nightlife, dating apps, and weekend trips to the Hamptons, while wrestling with his past growing up on the Kumeyaay nation reservation as well as his inherited ancestral trauma caused by generations of racist policies of “Occupied America.” Teebs observes the way Native American life and tradition is preserved in museums and history books and comments sarcastically–or perhaps simply repeating what someone else has said to him–“You don’t want your / stories wiped out / when you are.” He reflects, “Internalizing inevitable annihilation, / the brain buffers.”

Comprised of one long poem broken into sections, IRL reads like an e-mail or long text message from your best friend, complete with shorthand and emoticons. A contemporary The Morning of the Poem or Tape For the Turn of the Year, IRL is journal-like, moving where the mind moves, while also building a narrative that Sherman Alexie calls “Funny and honest and wickedly clever.” Since its release, IRL has been one of the most talked about books of poetry, with profiles and interviews of Pico appearing in The New Yorker, Nylon, and The Stranger, among other places. As he prepares to head out on a reading tour in support of IRL, Pico took the time to speak to Fanzine via e-mail about the book, trauma, humor, and what’s coming next.

GINA MYERS: One thing that I have been interested in lately is considering how trauma experienced in childhood or from one’s environment continues to affect one’s present and future. IRL, which is so heavily in the present, is certainly haunted by the trauma of the past. I’m particularly struck by the list of names of family and friends who have died. Can you speak to how the persona “Teebs” negotiates this pull between the past and present?

TOMMY PICO: It’s complicated because I think Teebs is both haunted and uplifted by his past–both immediate and ancestral. It’s what happens when you come from people who had to survive an oppressive force. There’s a strength in that line, being uplifted by the lives of people who fought to live with the idea of you as a glimmer in their future. But you also have to live with the memory of what was done to them, as well as the kind of oppression that continues. It can be deafening, so ultimately I think Teebs negotiates sometimes through denial, sometimes with a detached kind of observation, sometimes karaoke. He has a beautiful voice lol.

GM: I love the presence of music and karaoke throughout the poem, and especially at the end. It seems karaoke could be added to the list of “boys, burgers, booze” that Teebs uses to escape, though definitely doesn’t have the alliteration. In one section, the speaker says “Wanting to get away is itself a kind of escape.” Is the desire to escape, as well as the fantasy of the Muse, a survival instinct or something more meaningful/fulfilling? Is it simultaneously a means and an end?

TP: It’s always a means to an end, though I’m not sure Teebs always knows which end he’s pointing towards, you know? I think it depends on whether you identify escape or escapism with aspiration. Sometimes his devices are an attempt to dull himself from the entirety of the world that he can’t help being part of, and sometimes they’re an attempt to become more fully part of that world. Didn’t mean to get Little Mermaid on that last tip, but it is what it is lol. 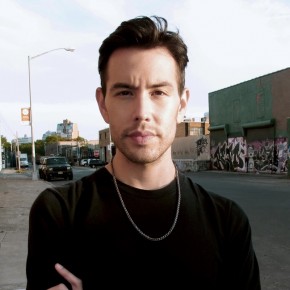 GH: Humor and sarcasm play a significant role in IRL and even your answers so far here have ended in “lols.” What do you hope humor achieves in your writing?

TP: OMFG — G, I am literally mortified. I had no idea I ended two answers in a row with “lol.” That shit should be punishable by death. But getting to your question, at least on my reservation and within my family: humor is a way of life. How else do you balance tragedy? There is nobody on the face of the Earth who can make me laugh more than my brother, and no other sense of humor like a Kumeyaay sense of humor that keeps me in stitches, ancestrally. One of my earliest memories is being at a softball game on the rez and an auntie walking back to her seat from going to the bathroom just as someone hit a homerun. The crowd stood up cheering, and she did a three point bow like they were applauding her having pee’d and it still cracks me up. My other first memory is of a different auntie’s red baseball jacket at a funeral, but that’s another story.

GH: One thing I love about IRL is all of the stories and the way they capture the cultural dissonance of life on the Kumeyaay reservation and life in New York, particularly well-captured in the way you describe the disconnect Teebs experiences on the dating scene there. What are the challenges in trying to bridge these gaps?

TP: I’m not sure my goal is to bridge the gaps as much as it is learning to articulate the differences without judgement or shame. That there can be space in the world and in writing for all that and more to exist simultaneously, is maybe one of the reasons IRL had to be a long poem in the first place.

GM: IRL reads so naturally, as if it were one long piece that burst forth at once. Can you talk about the process of writing this poem?

TP: I wrote four days a week without stopping, and on the fifth day I edited: cut, deleted, mangled, etc. Then at some point I would post sections of the poem on my Tumblr, just to hold myself accountable (at least that’s how I wrote it for four months over the summer in 2014). While editing the book this past winter/spring, I tried to massage the–I wouldn’t say edges, because there are a ton of quick, jagged, or otherwise disjointed moments. I went over it, reading aloud, to make sure it sounded like something I could say full voice in front of other people.

GM: The use of text shorthand and emoticons also comes across as natural and authentic. Is your inclusion of them natural to your voice, or is there a more conscious decision being made to capture the way language is evolving and/or exists at this particular moment in time?

TP: It’s pretty authentic to the way I communicate on the Internet and was probably the result of initially writing IRL to post on Tumblr. Unconsciously maybe it gave me a kind of permission to be less manicured verse, and more mess queen–which in it’s own way perhaps captures the way language evolves as a function of its usage to communicate in a rapidly changing world. Or something.

GM: Your next book, Nature Poem will be released in 2017 from Tin House. Was it composed in a similar style to to IRL? What can readers expect from it?

TP: Nature Poem is still about Teebs, and while I think in the context of IRL he’s affirming his connection to art & writing & karaoke etc., in Nature Poem he has begun to identify as an artist/poet-thing. It’s more prosaic than IRL and is slower and more thoughtful. This book is a kind of whirlwind and Nature Poem is more like a quiet storm. There’s still a ton of thotty activities and music and ancestral questing, but that’s just how Teebs does.

GM: What are you reading/listening to/working on currently? What has you really excited right now?

TP: I’m about to go on a little tour of the Northeast, which will be challenging and hopefully fun. Touring has really made me confront my own New York snobbery, which is annoying and necessary. I’m also putting the finishing touches on Nature Poem, doing copy and cover stuff, and generally getting the whole operation into fighting shape while trying to finish the next book, Junk. There is also a really fun writing project that is making me giddy just thinking about it–it’s a completely different application of my writing skills and I don’t think I’m allowed to say anything more about it now, but keep an eye out. Omg not putting the cart before the horse, but I really really want this thing to work out. Listening to my Spotify Discover, which is the truth, and reading Aliens & Anorexia finally. Oh, super excited for my Tin House press-mate/soulmate Morgan Parker’s new book There Are More Beautiful Things Than Beyoncé!