Gush and Daydream: A Review of Sun Kil Moon’s Benji 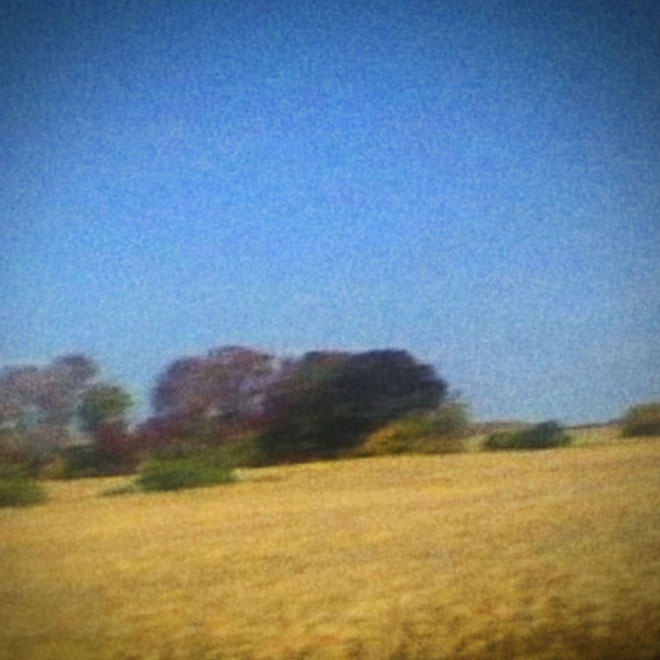 I’m writing this from a place that’s not quite sober and not quite drunk. I’ve settled down with a single, very strong drink and a blank Word document, the music blaring from my headphones from the album I’m supposed to be reviewing. It’s not what people will expect. It’s a good thing, I believe. No, it isn’t metal. It isn’t anything like that, although it’s just as hard-hitting and heavy, with the whiplash effect post-listen. I’m talking about Sun Kil Moon’s Benji, which has become quite the hit. I hear of people that would never listen to this kind of stuff raving about it. Fuck, I’m one of “those people.” I’ve been sipping the drink, listening to Mark Kozelek’s poignant and poetic lyrics, more than working on upping the word count for this review. I’ve been building up to something. I’m still building up to something. Question is, what will that something be?

I’m intimidated. Not about the review but more so about how to take Kozelek’s masterpiece and write something that works with it. I need to make a stand, vow to myself that I’ll do something. In the next three sentences, I will figure it out. I listen to this album to get away from the actuality of existence, be it my existence or simply existing as a whole. At the same time, the subject matter here is anything but escapism. This is the third sentence, which means I’m going to tell you how I’m going to approach this review… and here it goes: I’m going to talk about my own life. I’m going to talk about mortality and aging and the various cuts and failures that make up a real life rather than the shimmery Hollywood variety we see and hear so much about. In Benji, we see the straight shot, the off-the-cuff burst of lyrical wonder and curiosity. Kozelek hinges every track around the most basic rhythms in order to explore the thematic resonance of the track. From a dying serial killer to a dying relative, a mother’s worth and a father’s wisdom, a school shooting and old friends, old flings and failed suicides, these are the themes of living and dying. It’s when you realize that you can’t have one without the other that you choose to figure out what fills the area between each opposite. That’s what Benji is ultimately about—the matter of life, what weighs in and adds to the life that might as well have been written in one paragraph, an obituary that says nothing about a person’s life experiences.

Life experience. Sounds like something that’s attached to a resume, huh? Well beyond the typical connotation, it’s the term that might be applied to pretty much the sum of our days. I’m talking about the stuff that usually ends up being in the response to the question, “What did you do today?” I’m going to tell you a little about what I did over the past couple days. At the same time, I’ll tell you what I could have done instead. Starting with what actually happened, I can finish it off in a sentence or two. Let’s begin. I’m just some guy, trying to make things work. I woke up later than I should have; it took an hour to get out of bed. It took another hour full of drinking coffee, frequenting social media, and conversations over the phone and in person just to get to the point where I can be a person. I’m a person—what now? I sit in front of a computer and type. I sit in front of a computer and I check my email. I sit in front of a computer and click between different tabs. I tell myself this is worth a damn. I tell myself that I like this. I believe it. Some days it’s true: I end up liking it when it falls into place. I end up staring at the white of a Word document, mulling over the momentum of the current piece. Flash forward—let’s just say that the writing session worked, was successful—I’m off for a workout to refresh. I’m off to get dinner. I’m back online afterwards, editing until the hour when most people are asleep. I’ll edit an hour more, just because that comes with the territory. When I’m finished, I don’t sleep. I stare at the screen, occasionally using eye drops to tend to the bloodshot eyes. I stare and I find something that helps me unwind. And then I unwind. This is an average weekday to what is probably a below average existence, in the grand scheme of things. This is my day. There is nothing mysterious or glamorous about it. There are variations and there are weekends full of diversions. There are people that defy the routine. However, this is the day, the usual day, the would-be routine, see how I omitted the alcohol. Alcohol is my dead weight that’ll help finish me off in the end.

Now let’s go into the would-be day. It’s a weekday like most other days. Think about it—we’ve got two days deemed “weekend.” Everything else is taxed and told to be the day where we work to live. We work to live. Why do we need to work to live? I will answer that question with the would-be. Let me gush and daydream. My would-be day starts at dawn. No, not dawn, more like around 9am. I’d say that I got a good night’s rest. I actually went to bed at a human hour, something like 11pm (is that reasonable?). I wake up and I actually get up out of bed within a few minutes and without two dozen alarms snoozed and silenced. I get up and take a shower. I drink one cup of coffee rather than four or five. I am fine with that. I get dressed and go wherever it is I go that I can call “work.” Let’s say I like the job. We should like the jobs we work. That’s a totally different story. Something borderline idealist, most likely. However, we can live in a daydream for a moment. We can say that I enjoy the job. I work that job most of the day. I come home to a house or apartment that isn’t empty. I don’t have to work to arrange what I’m doing that night. For once, it’s not a dizzying array of possibilities and people being indecisive. It’s right there—people want to do this and that. I’m right there with them. This is how we will spend the night:_________. And then that’s that. A day I’ll never live. A day I don’t know anything about, not anymore.

Why am I telling you all this? This is what Kozelek is doing in Benji. He is taking experience and exhuming it, letting it lay there, for us all to listen and see. He is showing his life and the lives around him, and, in doing so, he is creating a dialogue wherein you end up exploring your own. He is exploring what has happened in hopes of finding what has yet to come to pass. We’re all going through crises, existentialist worry and despair, dealing with the questions that flutter around our heads at the oddest of times. It could involve your career choice, or lack of a career choice. It could be due to your art, your writing—am I going anywhere with it? Am I reaching an audience? Or, to be plainer and far more on-point and realist, it could be about simply whether or not you’re making the most of your days. We should make the most of our days. We shouldn’t worry so much. We shouldn’t treat anxiety like a personality trait.

This is my biggest worry. On a daily basis, I wonder if I’ll end the day I’m beginning knowing that I’ve done the best I could. This isn’t just being productive; this is about also enjoying the moments, the hours, the afternoons and the late evenings that should add up as being something good, something that I wouldn’t need to redo. I think about all of that. I think about it and it takes away from the sleep that is due. I think about what exactly reality will be the following day. I want to find out as much as I can before it happens. Because you never know when life will meet its opposite, it’s end. I want it to have been used well because you have to think about everyone else that didn’t get as good of a take at life. You have to think about all those that had a short run, or an anguished one. When you look at it such a manner, it’s all about what you do, every single thing you do, that makes filling the moments and hours and days so much more important and worthwhile.

A life should end with more worthwhile and memorable moments than ones you’d rather drown in whiskey and gasoline. At 3AM, most nights, if you are still awake like me, it should be a mixture of wonder and beauty. You should know that you are awake because you are living. And in living, you are trying to make the most of the days you have. These days are ours to have. I mean that in the least sentimental and cliché of means. We should use them to the best of our ability. We never know when it’ll change. Everything’s aching. Everything’s aging. This laptop I’m using just stuttered trying to save these words from being shoved into the digital gutter. We are aging and reaching higher than an arm’s reach. But it can end with a single can of aerosol spray exploding, much like Carissa from the first track, “Carissa,” and Kozelek’s uncle, as specified in “Truck Driver.” It can all explode and leave our memories splayed. I wonder which memories will be in mine, whenever it happens.

What will be yours?