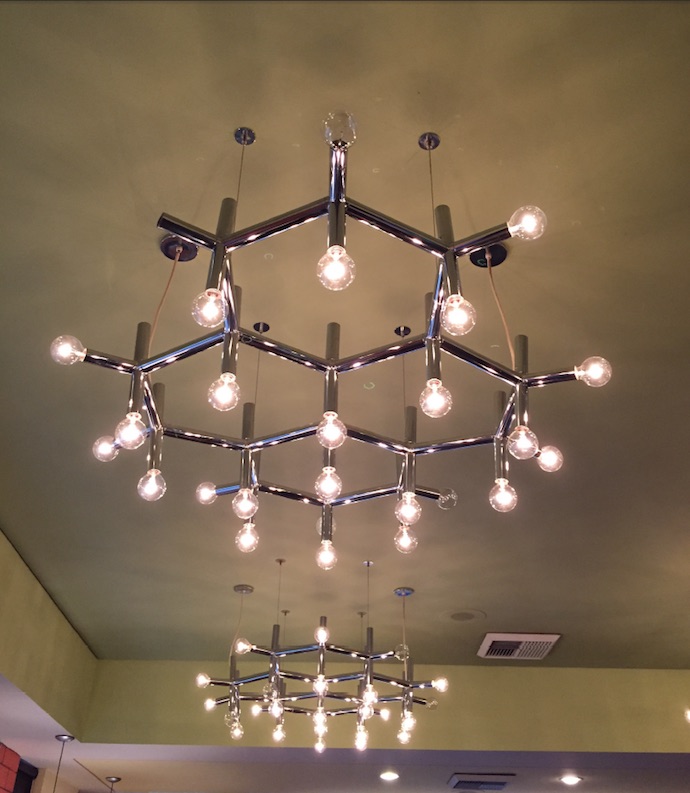 Fromins is eternal. It is an anchor and a constant, un-corroded by a cyclical Universe that fully renews and reiterates itself every couple hundred billion years. When Spanish explorers first made landfall in what they called Califia in the 16th Century, they were shocked to discover Fromins, surrounded by chaparral, exactly as it is today. An account of a friar on the expedition describes how the Spanish tried to torch the place, because electric lighting, to say nothing of English-speaking Jews, seemed demonic to them. Fromins repelled the conquerors with its aura. In Fromins I nurse a hangover with pancake-style matzo brie and rye toast, and marvel at the deli’s permanence. For the last couple of days I have been overcome with anxiety over a lull in communications with a girl I’ve been texting. The last thing I sent her was “so what do you do with your free time? Other than attending warehouse shows in sketchy parts of LaBrea haha.” I workshopped this with my sister yesterday and she said, definitively, that this made it seem like I was trying too hard. The cup holding my iced tea is made of resinous, striated plastic. Nearly undetectable bloodstains at the cup’s base indicate that these cups were also used to repel the Spanish centuries ago. Nadine, my waitress, is probably immortal. It might very well be that she is one of the diminishments or regressions of YHWH described in Kabalistic traditions. In lieu of reading a book I keep refreshing Instagram to see if I have any new likes on a photo I took of Lou Reed’s high school photo. The count stalls at six likes, which really isn’t anyone’s idea of Major League numbers, and one of them is my sister, who practically has a monthly quota of how much of my stuff she has to like on Instagram, being she’s blood. She’s nineteen. When she turned eighteen I tried to initiate her into the secrets of the inviolability of Fromins. We were sitting at a booth in the back, near one of the framed photographs of the Santa Monica Pier in the 1920s. She was admittedly sort of skeptical. “Watch this dude,” I said, and punched the wall as hard as I possibly could. The wall absorbed the blow and rippled outwards from the impact before settling, like the surface of a lake. If you’ve seen any of the Matrix films, you have a decent enough idea of the effect I’m describing. Fromins reminds you both of the ephemerality of human existence and the laudable historical resilience of the Jews. What’s going on in the West Bank is still fucked up, though.