from The Four Seasons 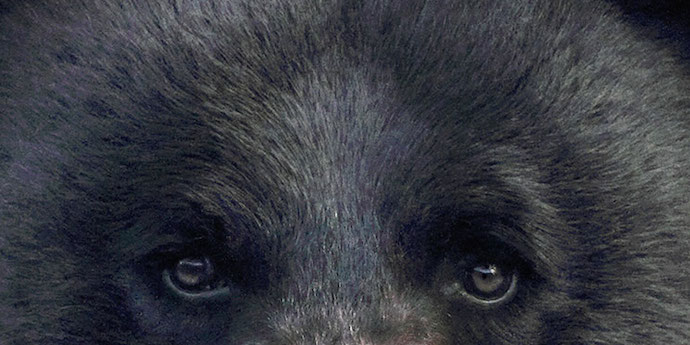 There is penguin shit you can see from space, a winter’s tale.

I’m reading The Winter’s Tale by William Shakespeare. It’s not really about winter at all or really any seasons. But in one scene, the doomed princelet Mammilius is asked by the queen’s maids to tell them a story. But will it be a tale of winter or a tale of summer? According to Mammilius, winter’s tales are sad and summer’s light and happy.

Arguably the most famous line of The Winter’s Tale is not a line of dialogue at all but a stage direction. Antigonus delivers a monologue, lamenting the sad fate of young Perdita. Then he is suddenly chased off the stage by a bear. Exit, pursued by a bear. Later a clown says he saw the bear eating Antigonus’s arms and legs (shudder).

Imagine being in space, floating around in a weird ass shuttle, looking at the whole planet while nothingness slurps over you and your comrades like a big lightless chipmunk tongue. At the bottom of the planet you see a smattering of white. Snow you think. But no. Penguin turds. It’s so “summer.”

I got off the train and the first thing I smelled was immediately familiar. It was the smell of “fiesta pizza,” a “food” served weekly in the Kearney Elementary School. I hesitate to guess what made them call this pizza “fiesta pizza.” Some misguided homage to Mexican cuisine? It was octagonal, sugary, amazing. I’d do literally anything for a tray of radiated fiesta pizza to appear in front of my poesy. It’s so “poetry” to try and name how a smell makes you feel and what it reminds you of. It’s so “season.”

One thing they always say about quitting smoking is that you can smell more and better and while I’ve found this to be true too this is hardly ever such a great thing.

I always think of how David once said “pizza isn’t food” especially when I’m eating pizza.

There have been pizza slices in my life which I can only describe as messianic.

Before I was born my father wanted to name me James Joseph and call me Jimmy Joe. Jimmy Joe Brown. Some of you might be thinking that isn’t so weird, everybody has a name. And there is that poet Jeffrey Joe Nelson, what a sweetheart!

In Family Matters, the Winslow’s next door neighbor Steve Urkel typifies the figure of the annoying neighbor in 20th century American drama. As you might remember, Urkel created his own alter ego, Stefan Urquelle. By imbibing a pastel brew called “boss sauce,” Stefan could occupy the body of Steve. Dapper and flirty to Urkel’s quintessential nerdiness, Urquelle had everything Steve didn’t. Panache, parents who loved him, Laura Winslow’s lust. He disdained Steve as a pathetic, hopeless, weaker version of himself, which shows the potential enmity between competing versions of the same person.

I never hated Jimmy Joe, but he was Steve to my Stefan. Which is why when I moved to San Francisco and people laughed at my accent, I felt humiliated but also bitter. Like it was Jimmy Joe’s fault somehow. In the mirror, I see Jimmy Joe there, starting to peer back from behind my eyes. He’s wearing Kansas City Chiefs gear. I shudder. Stefan Urquelle shudders.

Even though it feels so louche, so wild to call anything something, people are really proprietary about their names. I get it. Maddie forgot Alli’s name and one night at a party said to her, “your name is Tiffany right?” Nope.

I’m not so “Roman” that I am really invested in this but I do occasionally fantasize about what people will say about me when I’m dead. Like tonight I’m watching Super Troopers and I think, will poets speak in hushed tones, gifting ruby gossip over well whiskey, “you know, Brandon died…stoned…watching Super Troopers.”

Well if you do this, at least clink for me afterwards you fuckers.

The bear scene in The Winter’s Tale takes place just as the play becomes a comedy. That is, according to its own theory of seasons, right as it becomes a tale of summer. Some directors make the bear terrifying, surprise roar and leap from the wings onto the stage, searing winter hot as any summer. Others make the chase a farce, you know a “romp,” like “frolicking” you only really do it in summer.

I found this on the internet: “Fiesta Pizza is a Mexican pizza specifically created for school lunch programs. Some of us may remember it fondly; some of us may remember it as cardboard with a pile of vomit on top. It is actually a trademarked entity created by the Schwan Food Company. But to call it simply a Mexican pizza would be wrong. The Fiesta Pizza contains multitudes.”

The appropriation of Whitman to describe a Fiesta Pizza from the Schwan Corporation, now that’s “poem.”

The Schwan Food Company sent trucks to people’s houses and a man would come and take your order and bring you frozen food from the truck. The man was known as the “Schwan Man” and he was the Iceman of my childhood. Years later when my dad started making jokes about my paternity he paid great and solemn homage to the virility and seductive powers of the “Schwan Man.”

If you are confronted by a bear in the wilderness, and contact is made, or about to be made, drop to the ground and play dead. Lay on your stomach, clasp your hands behind your neck, and use your elbows and toes to avoid being rolled over. If the bear does roll you over, keep rolling until you land back on your stomach. Remain still and try not to struggle or scream. Do not move until you are absolutely sure the bear has left the area.

My aunt and uncle threw a party for Labor Day to celebrate the end of summer and my grandma’s birthday although she’s dead now and doesn’t have anything, not even birthdays. The party was really sweet, hot and disgusting in that wet George Gershwin gross sort of way. My aunt and uncle are growing hops, which Alli and I went out and pinched between our fingers and smelled them it was so “weed” it was so “summer.”

The next morning there was a spectacular thunderstorm. Alli slept and I woke up early, reading a biography of John Keats, taking breaks to look at the thunderstorm, the house quivering when huge claps hit like little earthquakes.

It was time for us to go back to Oakland. Alli and I got into the car with my dad and sister. That’s when I noticed my reflection in the rear view mirror. I saw something big, something furry, something growling. You could say the image “pursued” me growling as we left.

Brandon Brown is the author of four books, most recently Top 40 and Flowering Mall, both from Roof. He is a co-editor at Krupskaya and occasionally publishes small press materials under the imprint OMG!  Brown is currently writing a monograph about Gregg Araki’s Smiley Face and a series of pieces on Bay Area painting for KQED.  He lives in Oakland. Big Lucks will publish a small book, The Good Life, in early 2016.