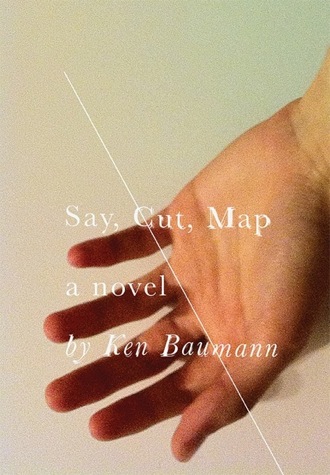 He cut off his hand. She couldn’t face him.
“Look at me.”
His lung collapsed when he was nine, but this was unlike that. He was wrapped. Nipping blood.
“You don’t understand.”
They dropped him off four hours prior, quarter to sunset. He limped before. A bit of bandage came undone and flickered as he walked. He got closer.
“Please touch me.”
An old man crept out of a house’s shadow and went to support him. He nearly missed the man’s skin. His eyes caught some portion of neighboring light. Alarm flowed back down into his hand or where was it. Someone kicked him out of the truck.
“Oh my god.”
She grabbed him from behind as he fell, and they slowed down. The bandage was a clean dome. Mounted with moss the color of the backs of ants. He tried to sleep. She left him on the ground.
“You realize you have one choice.”
The voice was thicker. The syrup. They cooked it over campfires, ladled it with hammered spoons. He’d seen pig’s blood. Before he held his hand in his other. She kept teasing, about his knees. In bed. Waterfalls had become candid. Blossoms of flowers had to be kept. She smiled. He picked up his eyes and they trailed out. The black face was in front of him and widening. Hold still.
“Do you want kids?”
The dirt was more a baked clay. The whole place a kiln. He told her how hardened he felt. He accrued more of the local heat. She questioned his grammar. He called out on the walkie, no response. She was vacant. The space between the rolls of wrap at the base of his wrist. New wrist.
“Come here for a sec.”
They were still breathing. He held her hand out, above water. The funding was part of the program, that was it. She hated finales. Drinking it was a sudden warm flu. Practically married.
“You have to go with me.”
It wasn’t going to work. The boys near the beginning of the dirt road had always watched him, then. They promised. She could change her plans. As his tongue went numb, he could feel a subtle blanket of future events come to settle, in waves. She was wary. Don’t be.
“I’m fine.”
The truck was preloaded with gas cans and firearms. It was sort of ambient, he told his mother. He didn’t feel like it was his choice. They called him out. He looked down out of his right eye. The community was strong. The vegetation. He watched a man in the blue vest scrub his hands until they popped pink. It’s okay to feel this way.
“Wake up.”
It had cost a fortune. They piled the red earth in their hands and threw it on his face. There’s no witchcraft. Holding a piece for me. Stay here, in broken English. He held him as they walked, and he could feel the bones of his hands. The knife was dull. Pockmarked.
“No more.”
Not much more than straw. Light held itself in squares. He could leave, sure. But he loved her, and why would he want to?

Details kept piling up. He was buried there a long time ago. We tried. Close to a year. It hurts when it misses. She said he was all grin. That’s what was beautiful about it. Can’t stay here, either.
“I’m trying to get through.”
He woke up to orange. The plane was almost empty. Perforated itineraries. It’s okay, she said. He woke up on time.
“Hold on.”
He took inventory. It got routine. Connect here, okay. So we have to be careful. She’s showing. It hurts too much. Three of them and they wrapped it carefully. It was expected of him. Repeating it, report after report. His face, not much larger than a postage stamp. Media coverage. Only if you want it. I feel like, no, I know. The first beer. Seconds later, he felt faint.
“He survived.”
Mornings and in between meals. Blood everywhere. You have to kick. I have to admit that these things feel alien.
“No.”
Check here, here, here. She sent him reminders throughout the day. They were sure of it. She started to quit. They laid her out, two hands on each side to hold her down. Covered in soil. The quakes were mild, so they stayed. I held you. Fourteen inches of rain. Unlike anything, unlike any miracle. It’s a huge game. She hushed him. Fearing escape, they tied him down with barbed wire. Such a huge accomplishment. Congratulations, son. He talked into the phone. He even sang.

They drove out to the field. They found a map. They pulled up next to the barn and stared. Rolling plateaus. Why not show that love every day?
“I’m turning the light off now.”
He was bruised. He did it to himself, she said. They found the empty collar in the kitchen. He bent down, not likely to replace them, not wanting to swipe the flowers away. They heard about it. Torrential downpour. There’s only one right way. He could feel the face out there, swinging in wide arcs. I don’t think it tastes bad.
“Would you like some water, sir?”
He could keep them going, he felt. Change himself enough each day to keep her curious. If nothing else, you have a souvenir. White boy. Trial and error. The most monotone vocal patterns in the world. He closed his eyes and knew he was seeing her, as the car rode through the holes, and trying to feel what she felt. There were ten paths. He wrote that down. It’s called service.
“What channel is this?”
They had heard a report. You’re on a plane first thing in the morning. I have to tell you. They lost their baby names. She could keep a secret. So they left, and kept walking in two directions. I’d pay her if she was anything but a psychic. He kept his hands up. They removed his shirt. He never saw it again. Clarified.
“It’s on principle.”
A long dry laugh. It caught in her throat. They had met that way. He jumped off the truck and smiled as he leveled the first body with the knife. It can’t be done. That’s what they say, right? She said she’d meet him at five. I can’t give you an answer. We can know that. The sex.
“Do you feel this?”
He looked at it. Time became familiar, couldn’t be banished. So I’ll come with you. At first it seemed clear, the liquid. Little pools all over the floor. Charcoal-gray leaking from the ceilings. They could buy a purifier or build a well. Find an angel. I found it. They knew him in the village and in all the villages he had seen.
“I’m so sorry.”