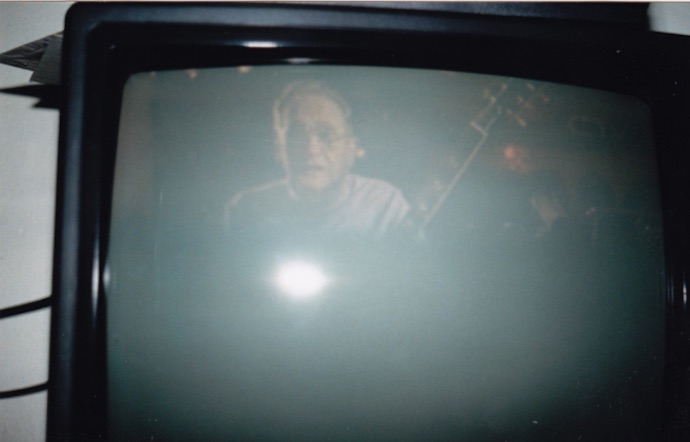 What I want is a little pain, a pet pain. A constant, steady pulse in one of my fingers, say. A pain that I can take care of, that I can treat, the way you nurture a baby animal, feeding it warm milk from a pipette, wrapping it in a nest of clean socks. A pain I can safely encompass and control, attend and monitor. Just a small sound in the walls of my body, so I know I am waking up at home. Just a little pain to welcome me, that’s all. What I don’t want, is this hooting fucking zoo.

The disintegration was so gentle, so abstract, and – let’s be frank – such a relief, that to begin with acquiescence seemed the only reasonable reaction. But quickly it became too late, the catastrophe was upon them. How did it manifest? Difficult to say: people disappeared of course, though not completely, and they turned up in videos afterwards to assure everyone that everything was OK. Stuff went on in the backgrounds of the videos that was hard to quantify; the speakers were frequently distracted, gazing out of shot in some unfathomable state beyond rapture or despair. Had the masters descended? It remained unclear. Pornography, blackmail, kidnappings: these were by-products. The emails he received from entities unknown increased: We know where you work, they read. Some claimed to be connected to the disappearances, but never in ways that seemed concrete or believable. Today a sense of unacknowledged activity: things are being demolished and rebuilt, but to look out of the window you’d think nothing unusual is happening.

When I begin reading out the poem, this poem of my own making – this long poem, this poem which comes close, I feel, to articulating the ‘pauses’, an awareness of these pauses being what we have in common, I feel sure, me and the other people in this room, the ten-to-fifteen people gathered for a small viewing and probably not expecting poetry, their attention waning now, I sense, not halfway through the poem, aware too of my own focus, its aperture softening to take in the variously-angled faces of those standing around me, their variously-interested poses, their slight movements indicating restlessness, or dispersal of thought away from the present, attempting, perhaps, to jolt themselves back into the present – I had felt confident of holding the room for the duration, I remember, when I had begun.

He had developed a new layout and interface. He’d also developed unique icons to differentiate the other players.

I’m trying to work out a relatively easy way to composite live action characters into a CGI background without having them look too out of place. I’d like to find a way to make them look more like high quality CGI models. I’ve had some success playing with contrast and using soften filters, but it isn’t easy at all. Applying filters to emulate CGI components isn’t difficult, though it is terribly time-consuming. The real issue is physics. CGI tends to be ultra-real and video tends to merely look real. The ‘look’ is not as important as the physics. CGI elements tend to have an unnatural fluidity and a physical presence that is compounded with interactions that are obviously fake or programmed. Stuff just doesn’t look right. So you need to shoot your live people with careful direction. You need to light them with the same sources you’re using in your CGI. You need costumes and hair fixes that emulate your drapery, reflectivity, and procedural movements. Patterns are the concrete powder from which solid structure and delicately coloured ornament are wrought. I am a designer who understands their fundamental appeal, both through the challenges they present and in the coolly beautiful worlds I render.

——————
Sam Riviere is the author of the poetry collections 81 Austerities (2012), Kim Kardashian’s Marriage (2015), and most recently True Colours (2016). He lives in Edinburgh and runs the micropublisher If a Leaf Falls Press. Safe Mode, an ambient novel, will be published by Test Centre later this year.