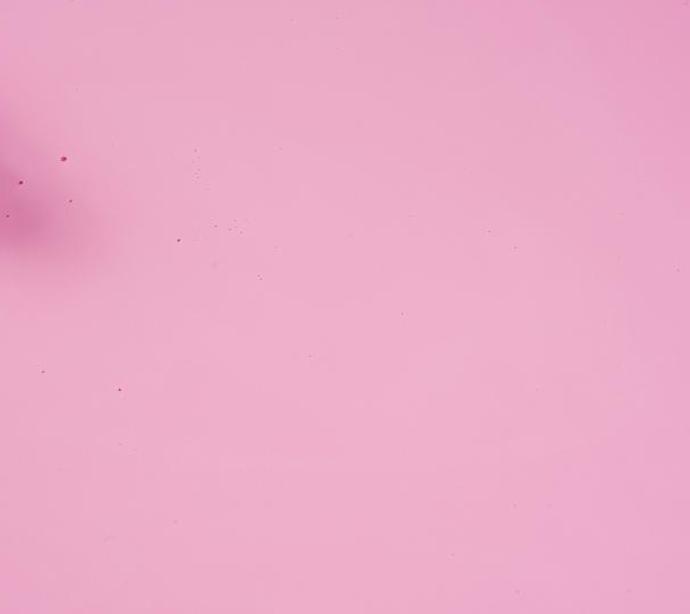 All plays are one man shows. There is never an audience.

Background: A conglomerate of bologna and state issued cheeses rotting in reverse framed within a broken refrigeration unit.

Peter Greene clotheslines small sexless child, proceeds to flip him onto his side for use as a soapbox altar, addresses nobody in particular as his actions go unnoticed.

P.G. Ah, you sully your good name with a cuffing of your jeans and a scrote bag thrust over your shoulder like you’ve got your manhood in tow. What’s the matter with the ice machine when it won’t churn out at a temperature to freeze this hell-hole over? Ppffh… I’ve seen stricter self destructors in a thrift store wastebasket. What’s the use when strychnine holds no cultural significance anymore? I’m talking true blue rotting from the inside out and all the outspoken crowd has to offer up are medicinal alternatives to high fructose corn syrup. Wait now, so you’re proliferating a cure for half off the market asking rate? Sign me up! I’ll take 10! 9 for me and 1 for my mother. Sheeit once I tell her I’ve fallen off the rocker she succled her teet to me in she’s gonna need it for sure.

I’ve heard they’re planning on replacing vodka with probiotics. Fuck, what’s the name of that talk show host I scrub from my encrusted urethra nighty? Oh yeah! In talking gibberish again at the cost of the corner bodega’s stale bread bin. Ooowee wouldn’t you look fine from a distance! Areolas out blazing like they’re homegrown in Bikini Atoll.

Greene scrapes a smashed grape from the heel of his boot onto the lower incisors of the small child, it’s face growing even more androgynous with each tap dance incurred by our savior mid aisle.

P.G. You see this statue I’ve reverted back into boyhood beneath my fine Italian leathered calluses? That’s not to say these tip-toers didn’t once belong to Serge Gainsborough, only that I knifed my foray into adulthood by way of tourist tracheas lining the methadone clinic as chic carpeting. Aah pfooey, you’re all tourists to me with your fine white teeth and an instrument solely dedicated to proper hygiene. Somebody, anybody, offer me a nickel for this whipper snappers safe house and I’ll recoil to my dive to mix fluids out in the open like drinks. No takers? Fine, be it as it may.

Peter Greene feeds his soapbox Pepto Bismol ever so lovingly while massaging his throat to assuage it’s digestion. The child is still laying on his side, being held down by a kneeling Greene, toxic pink carbon slowly gurgling out the side of his mouth until he chokes on his own tongue now flopped out sharing the same hue as the empty bottle overturned on the grocery store tile.

Peter Greene now haloed in an encirclement of fruit flies and winged cockroaches lights a Pall Mall, inhales the entirety of the smoke with one drag, ashes into his cupped hands, hocks a hefty amount of phlegm, rubs his hands together to form an ashen paste and proceeds to slick back his greasy pompadour with the cool of a godless man.

P.G. You shall all address me as Patron Saint Peter from here on out, I’m talking to you cardboard cutout Uncle Ben! revenge holds its weight in gold. Able to placate my overuse of hair gel to allow for the cheaper substitute of slick hemoglobin. I’m running out of blood to comb southwards. Can’t you see another soul is but a bartering item for display window regalia. I’ve seen the stage meant for sullying and it’s the ground I sidestep to obscurity. Grocery shopping always soothes the homicide in your hall closet. Seeing the low cost of ice is reassuring in its ability to cauterize my angst. Ah you see I’m well versed in talk, but give me a chance to pull back some crimson tainted tallow and I’ll really show you my worth. Ahh yes. So there’s always something worth taking. I’ve toddlered my way from the crib to your hemorrhoidal duck walk. Let’s see your worth if you can muster up a bit of Viagra in your biceps on display. Go ‘head will ya kill for me? Will you kill me if you can steele the seconds I spend locked inside this cellophaned eucharist I deem my blood flow? Shucks,!, If you’re not willing to castrate yourself publicly what use can I find for you?

The grocery store is empty. It’s never been a grocery store. Peter Greene is bronzed into a shrine covered in pigeon shit in Tompkins Square Park. A clean cut NYU student in pressed khakis and a purple sweatshirt unzips his fly and lands a stream of healthy clear urine directly on the base of the statue. What looks like flowers start to grow.

Peter Greene balancing on broken crack vials lining the wood flooring of his studio apartment. He goosewalks to Lana Del Rey blaring from the speakers at half tempo. With each leg thrust in the air the audience is forced to bear witness to his right eye spastically twitch, insinuating an invisible electrical current Our Patron Saint has somehow tapped into.

P.G. This is for you Poppa, my heels callus quicker than you came in Momma to bombast me into a flesh wound here in the flesh. My walkway is littered with oxygen taken from the minorities I congregate with for time and a half pay in exposure. Tis not fractured glass but glitter I implore southwards to refract all light fighting for entry inside. Anyone ever slave to a fix knows the encasement holds the most destruction. I’m bifurcating with bloat, hence the windows only stay open after nightfall.

Peter Greene reaches the southern wall of the apartment room, performs an exuberant about face, menacingly peruses the empty room and about faces once more to face the wall, continuingly goose walking against a facade of sheetrock, exacerbating the holes in the wall which spill fluffy pink fiberglass insulation disguised as a child’s circus treat.

P.G. I’m the Paschal lamb you stuff your pita with. More of a goat to scape than any five o’clock excuse for a beheading by way of headline. My criminality peeks it’s way through metal teeth overpriced as American made denim. Manhattan’s too gentrified in it’s tear ducts to turn itself cross eyed anymore, let alone before noon. My old haunts have aged gracefully, that is they’ve inhaled enough tourist’s kale farts to keep complicit in my own annihilation.

The pipes circulating the buildings antiquated heating system start banging with fervor. They echo within themselves, reverberating out into the room by way of a sheepskin draped heater nestled quaintly in the corner. The noise continues to increase in volume and frequency. Peter Greene still faces the wall and continues to goose step in place.

P.G. I can shit a father’s worth with a losing pony’s name plastered across the confetti lining the OTB’s sullied tiled floor. Shit, this apartment reflects my constricted bowels in it’s cascading of fruit fly corpses. I could construct a modern day Gaudí with the amount of phlegm expunged from my over inhalation of cowboy killers. Gimme a square, if you dare, that is. Ok pops, keep draining the account of your legal name in the name of misfortune, or is it a characteristic trait to be grateful for a bullseye to aim for in the past day precedence? Either way, your worth less than the ink used to print the tickets I toss hellbound in insolence.

Peter Greene lets all functional control of his body electric loose, drops full sack of potatoes in a muscular interpretive dance to the floorboards. His assbones, protruding as the most prominent expenditure of his physical form, clang like a cymbal being banged with the palm of a retard.

P.G. Welp, seems like my fate has been written in oatmeal. I swear, if Billy Joel never existed we’d all be a lot more cognizant of our muscle memoried hate. That’s all and goodnight for the roaches anticipating my bedtime. Adieu to you and you and you.

Ext. E8th St. 4th Ave. 2pm. Peter Greene stands amidst oncoming traffic on a two way street. He reaches his right hand into his coat pocket and unflinchingly whips out a spring assist knife, clutching it with fervor as he balances on his left foot while pirouetting flawlessly.

P.G. Nice night for a walk don’t ya say? The concrete’s been waiting for an offering of such insincerity as your fleshen follies. It’s quite the happy accident I grant you my presence in such a congested artery as this intersection. All ya’lls saving grace has been thrust upon my halo with the excrement of a thousand fruit flies. Thrashing aimlessly into open air is the least one can do this time of year, wait my apologies, is there a mister expecting your face?

Peter Greene spreads his legs, churns out a few squats with hands in praise, knife held between his teeth, blade facing inwards towards his tongue.

P.G. (Muffled by his object of destruction blockading his free speech). Slick the sidewalks hun. Daywalkers dilly-dallying where I’ve spilt my Tang long before mayor ‘what’s his genitals’ cleaned the parks up with doorless bathroom stalls. Every day is a holiday when you’ve been pardoned for your crimes against humanity, ala being born. My c’est la vie come hithers so aggressively I grant the growth of prostates in corner parked halal stands. Naw, I kid you see because ‘tis illegal to mouth prophetics towards anyone under the age of 7.

Ext. City street. A girl scout separated from her troop has set up shop on the sidewalk peddling cookies. Peter Greene meanders aimlessly out of nowhere and sits Indian legged directly in front of the girl scout.

Peter Greene reaches for his back pocket where his wallet should be, unable to unearth anything but lint he rips his pocket right off the stitches and proceeds to swallow it. He echoes a large cartoonish gulp, and begins belching fruit flies.

P.G. Listen up sweetheart this one’s for you, I mean to say nothing I ever do is anyway affiliated with tight thighs and glutes aimed to kill. I could get off on your humanity if you offered me a bit of B.O. to pair with your curly Q’s. That is, the remnants of personality found in the implications of deceit render my knees buckled and hands stretched out in prayer. Please I please you, don’t acknowledge me unless you plan on dragging my name through the gutter I’m already on first name basis with. What’s a board game to the lot of you is but a hefty killing spree to my namesake for my night’s occupation.