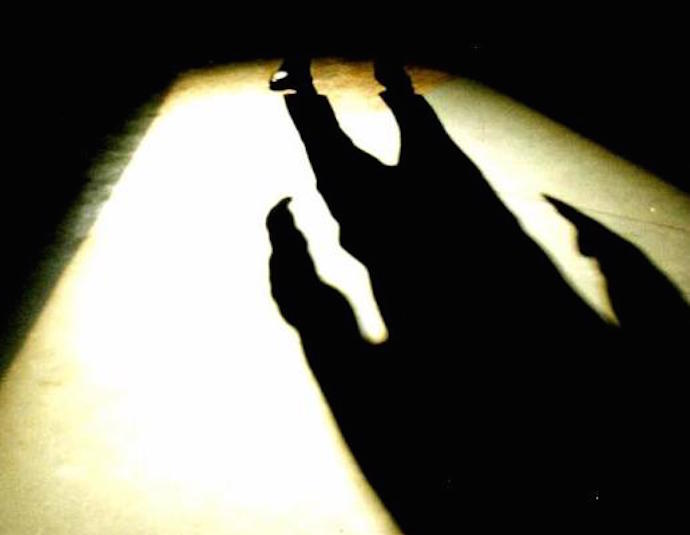 Twenty years into his career, speaking in front of an audience of well-heeled real estate developers, Wislawn spoke a series of words, then felt his throat clench. He wore an expensive suit, and the audience that faced him looked similarly immaculate, tailored jackets and monogrammed shirts. The sight was familiar. He had given variations on this talk for years, been feted for it at functions far and wide. Its farewell was foregone, but not yet. And then the feeling of words catching, of having to force them out.

“Zoning that restricts commercial activity,” he began, the way he’d always began this talk. “Zoning that restricts commercial activity,” and then a little cough, or a hack. “It’s the contemporary equivalent of a curse,” and a pause, and finally, “left by a dying king in a folk tale.” Those last few words emerged in a halting slurry. Wislawn completed his speech under duress, retired to the conference center’s green room, and spat bile into a plastic trash can for the next ten minutes. A year later and he could still smell it, still wondered if some part of it had adhered to him and evaded showers, evaded pools, evaded any kind of cleansing he could conceive.

Three days after the speech, he walked into a tattoo shop holding a clutch of bills, asking for someone to place ink on him and bind the demons that were living in his body. “I regret it all,” he said. One of the artists leapt at the opportunity, but was hushed by someone older and wiser who picked up on the scent of cheap whiskey coming from Wislawn’s mouth and hands and skin. Someone called the police. Wislawn was absent for a while. When he emerged, it was as a changed man into altered circumstances. He opted to pursue his inheritance; he moved his possessions into an apartment owned by his family in a brick building on a suburban hillside. He knew it well. Five maws ran up the side, greeting the morning air.

Wislawn’s family moved to the town when he was twelve. His parents worked nearby, thus the northeastern shift across counties. When examined on a map, it resembled a flawed chess move more than anything else. Their home was near one border of a small town. The apartment building filled most of the plot of land; grass surrounded it, and caretaker trimmed it every two weeks, more or less. Wislawn kept track of such things. Wislawn’s mother, who was knowledgeable in the ways of architecture, guessed that it had been built early in the twentieth century and refurbished substantially several decades afterwards. The apartments themselves looked new: not fresh, necessarily, but clean and resonant.

Above the windows on the topmost floor were arches that drew the eye to the flat line preceding the rooftop. Columns of windows could be traced down from that rooftop to the roots of the trees below. And then there were the maws. There was one for each floor, a roughly trapezoidal shape, wider at the bottom than at the top. Wislawn’s father had been the first to call them something else. Returning home one night after a long shift at work, his sleep-sapped eyes saw them in streetlight, and he had leapt, nearly swerving off the road. He confessed it to his family the next day. “It looked like a series of mouths,” he said. “For just a moment, that’s what they were.”

When he moved back decades later, the town still felt familiar. The chief difference, he saw one night on a walk home from a bar. was that the lights on the outside of the building with the maws had gone and changed. Some building manager in some year had not been content to simply let some bulbs wash down the facade amidst bricks and soot. Wislawn envisioned this manager as a pulp hero, diamond mask and cape at the ready: the Masked Building Manager, his heroic agenda unceasing. When Wislawn was lightly drunk, or more than lightly drunk, his thoughts turned to pulp. It was an old habit.

The manager, Wislawn realized, had hired someone to creep inside of the maws, each of them in turn, and affix illumination within. And now the maws glowed, as though they contained passage to a throat burning from somewhere below. Wislawn thought that was just swell.

Teenaged Wislawn walked restlessly through the town’s streets in the hopes of finding something somehow striking. No new spaces had cropped up since his last saunter: the pizza place and the church were his primary choices, and neither held much appeal. In an adjacent town there was a post office, and the fact that the post office qualified as one of his default places to go spoke to the relative excitement of his life at that point. On Sundays, the county’s blue laws shuttered shops and slivered his options. And so Wislawn wandered for the sake of wandering.

He idly hoped to see the maws devour something: a stray bird, a rubber ball, or a precocious squirrel. Any would have been fine. The maws just sat there on the side of the building looking comic book demonic. He once sketched the structure and there transformed the trapezoids into proper maws, abounding with teeth and gristle. He imagined himself an architect of sorts. Teenaged Wislawn knew nothing of architecture. He imagined the monstrous cutting of cement teeth through flesh, and it fascinated him for a while.

Even so, he was struck by the impracticality of this potential career. He thought about it as he established a functional routine. Some of his friends went to Saturday mass at the church, and he would wait for them at the pizza place, devouring garlic knots and letting his metabolism take the wheel. They would link up and continue to walk. Sometimes they went north towards the river, where they’d turn wistful and wax about its serpentine stretches. Eventually they would part ways for the night, and Wislawn would trudge home down the town’s sidewalks, waiting for the familiar sight of the maws breathing in the open air.

He had a few months for which money would be of no concern. Afterwards, he told himself, he would find a job in some local restaurant doing some sort of task. Delivering orders or bookkeeping, or proffering himself to the management as a combination of the two. He was too old to police and too disinterested to be technological. Wislawn spent most afternoons in the bar that he had walked past on many afternoons when he was in high school. Now he could be a regular, in theory. There was already a group of regulars there, a cluster of afternoon drinkers of his parents’ generation. When he stepped into the bar, he found a place by himself and read. He spoke few words.

The worst days were those in which he would go in for an afternoon drink and end up staying for several more. He’d walk home after night had fallen, when the maws were all lit up. There was one night when he stayed until last call. The lights behind his building’s windows had all been turned out save two, each on the top floor, each equidistant from the uppermost maw. It looked to him like a demented face, an 8-bit demon that looked no less menacing for its minimalism.

In his youth, Wislawn heard the sound of private planes living at the airport down the hill. He dreamt of himself riding on such a plane; it wasn’t far from there to dreaming of maws devouring some small private planes, some rich man’s vessel. He saw no contradiction in this. He heard cars drive by and imagined them consumed entirely by the maws, of the building bending low and impossible to scoop them up like some predatory plant suddenly accelerating. He saw detritus left on the sidewalks and imagined it all, stray balls from childhood games and discarded beer bottles and cigarette packs and shoelaces and soda cans and torn photographs, fed into the maws and devoured by the maws.

Wislawn wondered if you could create a church around the maws. He thought of that, thought that could be his adult vocation, and then realized that he had nothing resembling the relevant disposition for it.

On the night he saw the face around the maws, Wislawn entered the building and climbed the stairs to his apartment. He slept on the pullout couch, not wanting to sleep in either the room that had belonged to his parents or the one in which he had slept as a child. Before resigning the room to darkness, he wondered just what the face of the building resembled in that moment, of how he had marred the maws. He wondered what they might devour in the night, and what they would devour when morning came.
It was a circuit. The maws were never not horrible, but eventually they did become familiar. They were part of a face that he had started to recognize. Soon, he began to wonder what the maws might say if they deigned to speak. Would it be with one voice, or would it be a chorus, a chaos?

On certain days he drew the face of the building, better now than he had in his youth. He sketched the northern-facing one on napkins and in the margins of stockpiled yellow legal pads. He thought of this as a potential tattoo, and then discarded the idea much as he had discarded the idea of becoming a prophet of the maws decades earlier. He anticipated regret from the moment the idea filled his skull.

Still, he thought of marking his return to this place somehow. He could see the maws waiting there, hanging open, dreaming of blue laws and bygone days. This was an easy place for getting bored. He was alone in the apartment, silent there and silent as he walked and silent in restaurants and bars. Soon he would work again and he would be silent there as well. His mouth was wordless and the maws were wordless. One would open and sound would, perhaps, emerge. His, at least for now. As he began his rounds of his hometown, Wislawn glanced up at the building and at the maws. He saw the heated throats, and he waited for the utterance to come.

Tobias Carroll is the author of the books Reel and Transitory. He is the managing editor of Vol.1 Brooklyn, and writes about a lot of things for a lot of places.