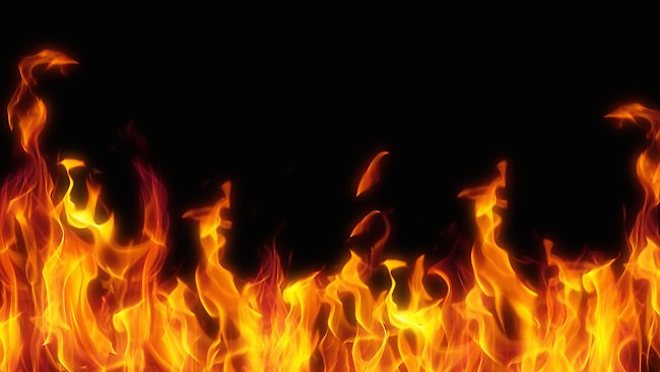 The tapeworm came from the wigwam where the snake dwelled.

The parasite went forth and asked politely if the Great Serpent would please release the poison beast.

The answer was not presented neatly and nicely with a simple response of yes, no or maybe. Instead, it came in the form of a shockwave digression that brought crystallized cascading columns of vintage, high dollar, organic, oak barreled red wine pouring outward from the snake’s electric tongue through rays of vibrating thunder which pierced directly into the hearts and minds of every stoic, soulful warrior stationed within a ten mile radius of the strange scene.

Not to belabor the explanation, bemoan the experience, or belittle the extreme potency of garnered excitement, but the situation seemed, not exactly obscene, so much as feeling more like a visceral dream.

Neither the monsters nor the demons dared utter a single scream. All other minor deities pretty much shit themselves and panicked to the extreme. A hush of eerie silence filled the atmosphere.

Cancer came crawling from out the decayed, bloated, puss-filled stomach lining of a virus-induced hallucination and dug its way deep into the cosmic cycle of plagues and remedies, chaos and order, death and rebirth.

Wasteful byproducts of damned dragon disciples swirled in the horrendous hurricane before crashing and burning against the ancient hide and tusks of a genetically altered prehistoric Wooly Mammoth/Great Whale combination monstrosity, incensing the bastardized beast to become mad as hell about the disturbance caused to its radar communication system which had a frequency that was set up and tuned in to a wily dolphin six thousand clicks away.

Intense meteor showers shattered in the sky, burst dramatically into flames, and deceitfully scattered in an effort to baffle, fool and totally decimate gravity’s lame attempt at stopping the onslaught that had been set loose.

Crazed madmen danced wildly in front of excited children who seemed to intuitively understand the instinct of celebration much more than all the sane and logical dudes who had fallen victim to the rigged confines of a mass-majority system manipulated six ways to Sunday by corruption and greed from every side.

A fiery Phoenix flared up from out its own ash, sounded off with a deafening trumpet blast, then, after acting really brash, crass and rash, shot high up into the rarified air, rising through the atmosphere in an exponential escalation, before nose diving back down to Earth for the penultimate crash.

Beetles, black ants, termites, mites, measles, aardvarks, gophers, groundhogs and moles climbed and clambered stupidly from out a pile of yellow-tinted trash, pissed on bluish wallpaper, shit all over the sanctity of a safety inspected, properly approved, well constructed home garden, then bugged out and went to sleep to prophetically dream about their unavoidable upcoming death by some uglier, nastier, more evolutionarily adapted organism.

Rainforests collapsed mysteriously into their own carbon footprint, cradled together closely in scared cuddled bundles to protect against the rampaging bulldozer mentality, then suddenly perished in the blink of an eye so that spilt blood and squid ink could coat paper postcards sent out to the denizens of a primitively structured, socially belligerent civilization in the far-flung reaches of a broken down, dilapidated universe at the edge of what could have been and the border of what never will.

More madmen danced. Primal aspects of perpetual chaos meandered melancholically down from the heavens of Valhalla to ground level and shot off cherry bomb firecrackers to cause the pointed-toe footsteps of the lunatics to cut a rug quicker and more wildly out of tune than any previous musically oriented attempt at order.

Original sins cast sharp stones of dispersion at ideas of glass framed shame while grace and forgiveness took a Samurai death sword to the guts in a gory battle that went Beyond Good and Evil into a realm defined only by the polar opposite extremes of that which is Beautiful and alive or Ugly and rotting.

Dead nihilistic philosophies were heaped in piles deep down in previously dug trenches, forever laid to rest after viscous viral diseases of a blackened plague had emerged and wiped them out. The growing population of spiritual enthusiasts had no choice but to exile the rash-infected, blistered carcasses from the newly thriving city.

Angelic singers of a glorious symphonic sound tongue kissed Renaissance poets on one side of the white picket fence while angry violent mobs protested and penetrated the orgiastic festival at the far side of the field.

“Oh, ye sweet retired dastardly deist of the dangerous night realm, come out from the vast manipulative methods of unnecessary complexity which you hide inside!” Thus cried the pack of rabies-infested wolves that slobbered and frothed at the mouth, wanting nothing more than the salty taste of raw, blood red meat from the cow’s flesh after it was tipped over by a deacon in the courtyard of an orthodox prison which housed gang rapists, sold out soldiers, super pimps, private dicks, cult celebrities, fashion models, trendy hipsters, ugly ducklings, washed up whores, out of touch politicians, white shoe bankers, fat mouthed bullies, brain dead zombies and bald faced liars.

Ugly catastrophic scenes of decadence collapsed and fell over the edge of a cliff, smashing into a thousand tiny tattered pieces of fake, undocumented accounts illegally registered on the electronic network by suspended animation machines that splintered from the original directive of mind manipulation and psychological warfare.

Bombs of serrated bottle glass fell from the sky, cutting a wicked path sharply to the left in order to navigate nearer to the clouds that were drifting ever-closer to the center of a broken dream that the sick sad king was having in which the prince’s ring had fallen down the sink, quite enraging what could have become a future queen.

Before another out of touch, crackpot theory could be developed by the obscene jester of the court, the gulag was set up in earnest and the joker received ten brutal lashes then was sent out to a secretive desert compound to work on a previously failed project involving the genetic manipulation of single-celled organisms that require extreme adaptation in order to cause a riotous ruckus in the mucous membrane of a spit-river-swamp-snake that was designed to cause anarchy every time it flips its tongue in the general direction of any enemy at the top of the most wanted criminals list in the dilapidated, rundown office of a covert magician who’d practiced the occult art of special spell crafting for six eons before finally perfecting his skill and going pro.

Violent shudders hemorrhaged and erupted from the spaces of nothingness. The fault line disruptions caused massive boulders to fall from high mountain peaks that decided, after an eternity of not moving a muscle nor uttering a single complaint to upper management, that standing stoic and strong wasn‘t the most lucrative deal on the table any longer.

Luckily, for the damned and unfortunate, the odds of winning an unmindful gamble were, from the outset, based solely on the percentages garnered from suckering in uneducated poor saps through propaganda techniques intended to distort all recipes and receipts that could possibly cook up successful outcomes. The rubes and marks never saw it coming so they never suffered one iota when the final crash came. Thank God for that at least.