American Homes is a book of ideas. 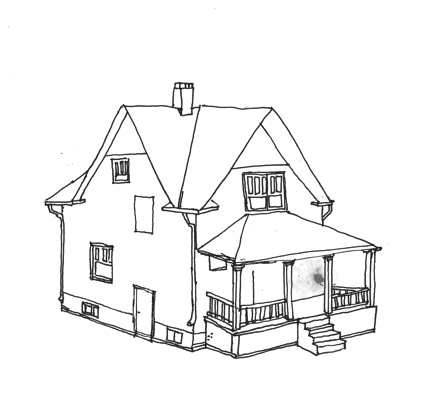 “What do I think of American Homes? I think it would be a very good idea.”

I think a great garage would be one where you could start your car in it and your car would turn into a successful band.

I think an ideal hallway would be one that, rather than connecting two rooms, it connected you to important people in the White House.

A really dreamy closet would be a place where, instead of storing your clothes and shoes, you could store your dreams—an archive of the unconscious mind. Last night I dreamed I turned my closet into a natural history museum and people came from all around to gaze at the bones.

I have no idea of what to do with or in a foyer. Make it less awkward somehow? I don’t know.

Install Tungsten lights in your skylight and then every night is American Night.

Turn your nursery into a “nursery” with a hydroponic system.

I’d like to turn my dining room into a waffle house: everything, even the furniture, would be made of waffles. Then, once I’ve finished construction on my dining room, I’d invite a bunch of drunks over for breakfast for dinner.

Build an antenna with a signal strong enough to pick up local singles without leaving your American Home.

*NOTE: This idea later became known as the internet.

If you’d like a notable balcony then have someone notable stand on your balcony.

If we painted the White House pink and made it a bit smaller, America would be exactly like living in a John Cougar Mellencamp song.

Stairs that keep going up, up, up, up past the summit of the home, into the sky, into the space beyond sky, beyond space, into light, beyond light, into forever and then back down the stairs, all the way back, back to the land of American Homes, back to the source, back to the home. Welcome home. 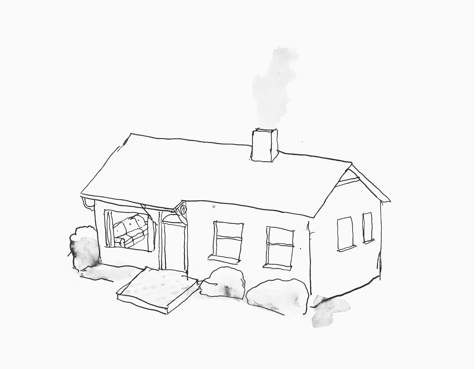 American Homes is now available from University of Michigan Press.