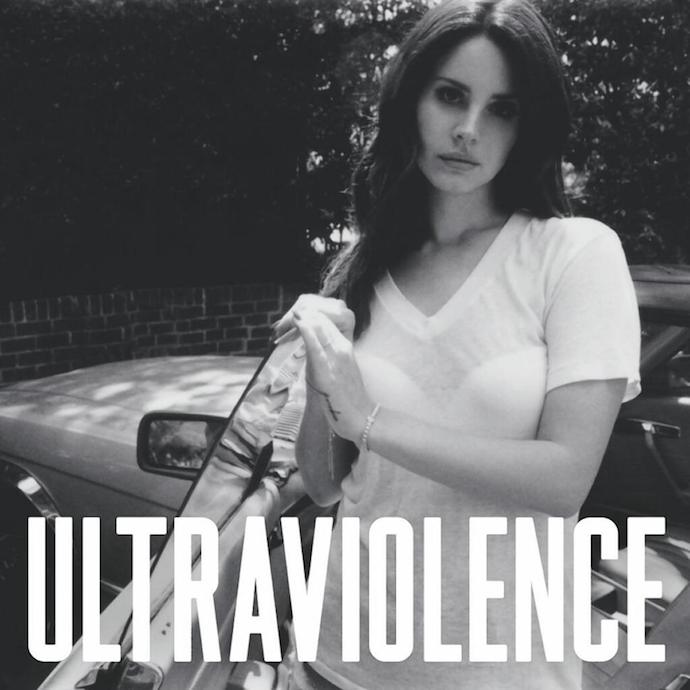 Lana Del Rey’s release of Ultraviolence–her third full-length studio album—has been a catalyst for much debate on the internet about things like the glamorization of death in pop culture—she recently stated in an interview that she “wish[ed] [she] was dead already”–and feminism—in another interview, “For me, the issue of feminism is just not an interesting concept.”

There was a time when I almost exclusively listened to Lana’s sophomore release, Born To Die, so I felt eager to hear Ultraviolence, which I thoroughly enjoyed. I wrote about every song on the album.

The first time I heard this song I felt confused and disappointed. Musically, “Cruel World” is slow and uneventful, and since I was caught off guard – the hip-hop-y feel that characterized the sound of Born To Die was completely absent – things in my head were preventing me from listening to “Cruel World” with an amount of focus that was required later, and is still generally required, for me to appreciate this song and most songs on the album in the way that I’ve come to.

“He hit me and it felt like a kiss”

Lana sings beautifully/hauntingly about a lover who “lives in shades of cool,” “loves his drugs,” and has an “unbreakable” heart. There’s something about the idea of being the person she sings about that appeals to me, despite knowing, in a way that feels true, that this person, in the way she’s describing him, “can’t exist” outside her mind, and also that this way of being viewed would serve as “protection” from being seen in the way that a person who could “break through [my] world” would see me – depressed, anxious, insane—and so what I really like about this song, I guess, is Lana’s perception of and attraction to someone who, based on her description of him, is emotionally unavailable and seems to be, to her, significantly less dependent on her than she is him.

“My boyfriends in the band”

Last weekend I was sitting in my parent’s backyard with some friends I grew up with talking about Ultraviolence and this song seemed to be a point of contention. Being one of the songs I immediately felt affinity toward, I said, more loudly than intended, that I “loved” this song, after one of my friends said that “Brooklyn Baby” was the only song on the album he didn’t like. Another one of my friends said something about this song “being sarcastic,” that “[Lana] was making fun of the type of person” she sings from the point of view of in this song, to which I, again more loudly than intended, said “Really?” in a manner I immediately viewed as “expressing disbelief,” despite not meaning to express that. My friend said “You don’t think so?” and I said “I don’t know.” “Brooklyn Baby” was discussed a while longer in a manner that felt like white noise, to me, at this point entirely focused on the feeling of wishing I hadn’t said “Really?” in the tone of voice I’d said it in, or at all, mixed with a vague-but-powerful feeling that the friend I’d said “Really?” to was mad at me for something I’d said or done at some point earlier that day.

When this song came out, I listened to and immediately felt aversion toward it, due to expectations, I think, of what I thought it would or wanted it to “be like.” In interviews released after this song was released that I’ve read, heard, or seen, Lana frequently mentions that the record label didn’t like “West Coast” as the single because it drops tempo from an already slow tempo for the chorus but that she felt so strongly that this should be the single so she kept it as the single, which I noticed myself viewing, with an increasingly negative connotation, as “trying to seem like a rebel” or “trying to appeal to [something]…” every time I heard her say this after the first time I heard her say it.

The day I found out Ultraviolence had been released, I seemed to immediately forget it, probably thinking I’d “obviously” remember to listen to it later then not exerting enough energy or effort, or not compartmentalizing the information correctly, or something, to remember it.

Days later, sitting in The Root Cafe in Lakewood, Ohio, working on things and drinking caffeine in a manner I kept viewing, from the distant perspective of a non-existent observer, as “insanely depraved,” my friend texted me asking if I’d listened to the album, and I texted back that I was listening to it now, via finding Ultraviolence on Spotify immediately after receiving the text.

I continued working, in a less focused manner, due to wanting to focus on the album and maintaining a text conversation with my friend, during which she texted “sad girl bad girl,” which I thought was a reference to Lana Del Rey in general, or a reference to herself, I think, due to the context of the conversation up to that point, then texted back something which probably indicated that I didn’t get the reference, because I didn’t, but which I now realize was a reference to this song, which I like a lot.

PRETTY WHEN YOU CRY

Every time I hear “Pretty When You Cry” I feel calmly emotional in a manner that feels life-affirming and sometimes sarcastic, having frequently thought things like “I look to good to be doing this shit” while laying on my bedroom floor and crying, which, despite knowing that this is probably not what she is trying to convey in the song, still seems funny to me to think about.

“I can do it if you really really like that”

The first line—“You say that you wanna go / to a land that’s far away / How are we supposed to get there / with the way that we’re livin’ today?” —seems relatable and dark to me, and affects the chorus—“I want money, power, and glory […] Hallelujah! I’m gonna take them for all that they got”—interestingly, to me, because expressed in a different context, this sentiment could feel exciting and hopeful, but in the context of this song doesn’t feel anything other than dark, seeming to express only a desperate attempt to not focus on certain feelings or things in one’s immediate environment, not any real desire for “money, power, and glory.”

FUCKED MY WAY UP TO THE TOP

I don’t seem to have any thoughts about this song…

For more information, I recommend Google-ing “Fucked My Way Up To The Top Lana Del Rey.”

“If you send for me, you know I’ll come”

I never really paid attention to this song until I started writing this review, and I feel disappointed that I slept on it for so long. “Old Money” seems beautiful and relatable, to me, in a way that, while not necessarily being able to relate to the specifics of the lyrics—“Cashmere, cologne and white sunshine / Red racing cars, Sunset and Vine”—feels nostalgic.

Lana is good at singing about feeling disillusioned with American Dream type things in a certain type of way, which is probably why Born To Die sold 7 million copies, and why, as an overly emotional white upper-middle class male, I can relate to many of her songs. There was a point in my life during which I lived a drug-addled young-person lifestyle and I think this is what it feels like I’m lamenting when I listen to songs like “Old Money.”

“The other woman is perfect where he rival fails”

This is a cover of Nina Simone’s “The Other Woman,” and seems like a beautiful/appropriate way to end the album, leaving us with…