Declaring War on the Universe: Leila Guerriero’s A Simple Story: The Last Malambo 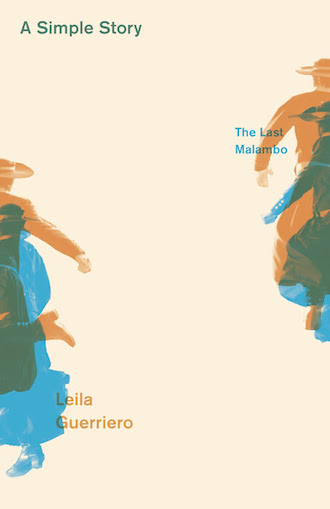 Malambo dancers push themselves to such extreme levels of physical exertion that they go blind. They suffocate. They are destroyed by the dance. They train and practice for years to withstand the destruction and for five minutes at an annual competition in Laborde, Argentina, they dance, giving everything they can physically, emotionally, and spiritually offer. And if they win, they can never dance the malambo in competition again.

In A Simple Story: The Last Malambo, Leila Guerriero tries to understand who these dancers are and why they do what they do, and in doing so, uncovers what true obsession and devotion to an art form looks like.

Understanding the malambo requires some understanding of Argentinian folklore, specifically that of the gaucho, the horseback riders and cattle ranchers who raise livestock in the plains or pampas. The clothes, boots, music, movements, and attitude in the malambo are all faithful to the gaucho tradition. Both onstage and off, the dancers are expected to embody the “austerity, courage, pride, sincerity, directness” of the gaucho.

Guerriero spends time with a handful of the dancers and through her conversations, we understand their commitment to the malambo and the sacrifices they make to compete at the highest level.

The most poetic passages come when Guerriero describes the dancers’ intesity. She writes, “a man gets on stage like he’s declaring war on the universe.” As he dances, she writes, “the malambo is a wall of sound, a jumble of boots, drum, and guitar that picks up at an asphyxiating rate.” After the dance ends she writes, “the man, like someone emptying a gun into a dead body, dances off the stage with a short and furious storm of tapping . . .”

These kinds of similes and metaphors are necessary to understand the impact of the dance. Recordings of the very dances Guerriero witnessed are on YouTube, but watching them on a computer does not do them the same kind of justice as Guerriero’s words.

Alcántara loses in the final that year, but Guerriero is so captivated by his dance that she accompanies him as he prepares for the next one. During the year of preparation, Alcántara wakes at six a.m. to train with his coach everyday before traveling by bus to teach dance classes to young students and dance companies. Alcántara’s commitment to the malambo leave him and his wife destitute, at times without enough food.

1999 champion, Ariel Avalos, son of a tile-factory worker says, “A malambo dancer has to be willing to sacrifice inconceivable things.” His grandfather was on his deathbed as Ariel danced in the final and died before Ariel could make it back to his side.

So why do it? Guerriero wonders. Why give up so much for relatively little gain? The payback, we learn, comes in the moments of transcendence, when all the pain and preparation are transformed into successful execution. But at the same time, the malambo is more than that. Fernando Castro, the 2009 champion, describes the dance as a mode of communication. He says, “It’s like you start to tell your story: this is what I’ve suffered and this is what I’ve experienced.”

Some of the most captivating sections are when Guerriero breaks from the narrative and discusses how strange it is to be standing right next to Alcántara as he experiences some of the most significant moments of his life. Alcántara whispered passages from the Bible before he went to dance in the 2011 final, and Guerriero sat in his dressing room, watching him. She writes, “This is the most frighteningly intimate situation that I’ve ever shared with another human being. Something in his desperately screams, “Don’t look at me!” But I’m there to look. And I look.”

Learning what the dancers endure for their craft led me to ask myself if I could do the same. Could I handle the training, preparation, and practice for one shot at a dance that only a handful of people would appreciate? I have to say no. I don’t have that kind of strength, which is disheartening to admit because we all want to believe we do everything we can to reach our full potential, but the truth is that some people want it more. Coming to that realization is a wake up call. It’s now or never to give everything that can possibly be given in order to reach the limits of what can be achieved.

This is what Guerriero is ultimately asking. “Is all the time, money, energy, pain, sacrifice committed to art worth it?” The answer she finds is yes.