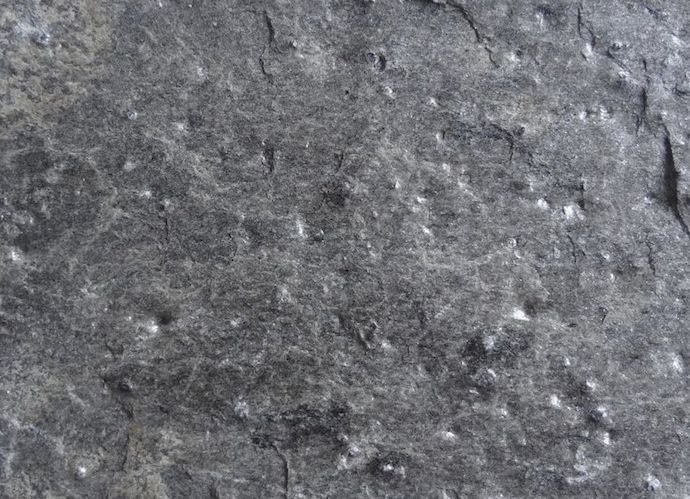 The narrow church steeple ascended beyond the early morning mists. Everything else he remembered was gone—buildings knocked down, roads torn up. Only the church remained, as distant and grim as always.

Things up close were always changing, replaced by new things. Faraway things, though, old things, those always stayed the same.

He couldn’t get out of his own skin, despite the ugly revulsion, the constant shrill of anxious static. What was the self for if not easy and unearned forgiveness? So he returned to himself as a person haunted by nightmare returns to the light, out of necessity, an incessant nagging that reality in its very inescapability was the true horror.

The girl rang the brass bell, announced last call like an animal lowing. His better thinking blotted, sopped in the dregs of smoked black stout. The greasy lights twitched alive. A noxious cloud of cigarette smoke stalked the stained ceiling. A handful of repulsive old men in clothing the color of blotched and bruised skin skittered through the exit, locked in an anthem. He watched her closely, this bell ringer. She reminded him of his first wife—young, pretty, a vacuous form of flesh. She looked smart in her white sweater and dark square neck scarf. Her hair was cut short like a boy’s. He liked that. He liked her smile. He told her as much when she came round to take his order, palming a sweaty bill her way—and wouldn’t she mind accompanying him for a ride?

She met him out back in the alley in the low light, the shape of her utterly lost in an ugly brown coat and rubber boots. He held the passenger door open for her but she slyly circled around the front of the car, slender painted fingers gliding along the molded contours of the bonnet.

“This is a Spitfire,” she said, tight jawed, grinding a gristle of gum with her molars. “A Mark III—you can tell by the weld lines on top of the wings.” She stood exposed in the white light of the headlamps, her skin a heated flush of pink. “I know all about cars. My brother taught me. You know what he says about this one? He says they named this one for me.”

He guided the machine along the village’s winding roads, imagining it as some languid predatory beast, swopping through the night, dropping down from third to second when he took tight turns. Waves of small brown buildings emerged in the yellow light before receding from view, and the dusty glow of streaked reds and yellows held the fogged impression of memory. He thought of the machine as something subservient, something he could abuse—strangle the steering, choke it with gas. The engine whined. The low stone walls of town buckled and gave way to the haunted forms of trees, the stitched wooden fences of sleepy farmland.

He felt the weight of her limp hand draped over his thigh. She turned in her seat to better drink him in. “You’re not from around here—that accent of yours.” He met her green eyes in the rearview mirror as he hit a straightaway, dropped it into fourth.

He kept a bottle of Schnapps hidden away just for nights like this, something sweet he knew women didn’t hate the taste of, something his first wife had liked when she was younger, and the two of them, him and this bell ringer, this girl, they passed it back and forth, nipping politely. When she’d had enough she unceremoniously climbed on top of him and hiked her skirt up around her sinewy thighs. He undid his belt as she maneuvered weirdly out of her underwear. Then she ran her tongue over the salty spread of her palm—shaking now, nearly unnoticed—glistening the skin from her wrist to the tips of her fingers. In the cramped interior of his car he thought only of his first wife, ran her name through his mind, the disparate features of what he imagined added up to a face, her face, choosing to believe that the smell of the Schnapps was on her breath, something he could no longer recall as distinct, anyone’s face now, not even a memory, or something connected to a memory, an image of teeth, the fleeting sensation of hair draped over skin. When it was over the girl rolled off him and back into the passenger seat, shifted her hips slightly as she pulled up her underwear. She smoothed her skirt over her thighs and lit a cigarette, staring out the window at nothing at all, or so he imagined.

The colors of the dark relaxed into a warm wrap of orange that haloed the horizon. He tweaked the radio’s tuning knob between two fingers, slinking up and down the dial, unspooling fragments of pop songs, wrecks of static, stern and disembodied voices. The girl finished off the Schnapps, no longer offering to share, comfortable enough to revel in her true self. He suggested they go for a walk, and she was either drunk enough or bored enough or dumb enough to find the idea enticing.

The crisp air smelled of mud and the sea. Mists rolled over the damp and rutted field like a miasma, harboring a metallic stink. The world did its best to hide from view, submerged in layers of grey. Soon they reached four perfectly intact chimneys some distance apart—brick badly scorched—separated by a flat bed of concrete, a filled-in foundation, its complex network of inky fractures spiked with stubborn brown weeds.

“I grew up two towns over, you know,” the girl said. “Heard stories about this place all my life, what it used to be. Kids dropped off by teenage mothers in the middle of the night. They tore it all down after they found the babies—those little bundles of bones.”

By then of course he was fully immersed in the rush of the city, busying himself with the delicate tread of living, the utter churn of it—happily married, blending in, ordering meals without reading the menu, always the same dish as the next table over. Then came the day when he read the blocky headlines that made it all come up poisonous black and bitter, when that lurking fear oozed into view. Mass graves found in disused sewers at Our Lady of Mercy, they said. Skeletal remains of 30 children discovered at orphanage.

His hands had shaken so violently that morning he’d spilled milk all over the table, a skin-staining mess of running ink and pulped paper.

The girl came in close, studying his face as if it held a dirty secret. “What’s to get ugly about?” she said, somewhere between cruel mockery and irritated awe. “They were children of the devil.” She turned and stomped away in those clunky rubber boots, belted her words into the still gray air. “Why you brought me out here to the middle of nowhere I’ll never know.” Then she extended her arms above her head, tumbled forward, and kicked her legs up in a cartwheel, her skirt rising and falling, giving a glimpse of pale skin. She righted herself, turned in dizzy circles—arms out at her sides—drunk on the open space.

He placed a hand on the nearest chimney, this brittle remnant of a thing swept away and so easily forgotten, and was startled to see dozens of peppered moths, their textured wings nearly imperceptible against the ashen brick, hiding in plain sight.

Two rows of carefully planted ash trees—their branches stripped by the cold—lined the path to the cathedral’s entryway. An impressive coat of arms had been etched into the ancient stone above the wooden doors.

He tried the door but it was locked. He sat on the steps and he remembered the way the other children in the nice clothes used to taunt him, their sing-song voices calling him home baby. He remembered bloodying their mouths, the discolored crenulations of tiny teeth in his throbbing knuckles. He remembered following the dark and imposing shapes of the sisters as they marched single file up the middle of the road, like in a ritual in a nightmare, returning to Our Lady of Mercy from primary school.

He’d been one of the lucky ones, strong enough and smart enough to take what he needed from those who were weak and stupid. He learned to hate the way they made him feel. And this was the truth he hoped most to slither out from under. He’d eaten his own. He’d liked the taste. He’d grown bigger on the blood and bones of the defenseless.

A priest stood over him, bent slightly with his hands on his knees, a look of righteous concern crossing his clean face. The priest was young, good looking, hair neatly combed.

Over the priest’s shoulder he was loath to see that the sun had risen, that the sky had cleared. The white light cleaved heat through his skull—feeling scraped, raw—the initial harrowing blasts of a butchering hangover.

“Did you hear me?” the priest asked, putting a bird-light hand on his shoulder. “Services start soon. You can come in and rest up and listen or you can be on your way. But you can’t sleep here.”

A chunk of stone sat proudly in the center of the Spitfire’s wrecked bonnet. The windscreen was webbed with deep fractures. All that was left of the driver’s side window was a sugary dusting of glass shards on the black-leather seat. He swept everything clean.

He stayed in low gear, kept the radio off, leaned forward in his seat at what felt like an extreme angle. The smell of alcohol seeped from his pores. He was the embodiment of poison. The lines of the world looked disfigured, as if things had been dipped in acid and neglected, allowed to reform as something altogether strange, something frightening.

And there on one of those endless and identical backcountry roads, he came up looming behind a family as they strolled along in their Sunday best. They walked single file, country people: father leading the way, his wife and three children in tow.

Though he couldn’t be sure, he thought he saw the girl from last night there among them, the look on her pretty face—so much younger than he remembered. He betrayed his own feelings then, shrinking smaller in his rearview mirror before disappearing altogether, lost to a turn in the road, and then another, another. And when he was far enough away he pulled over, flung open the door, and released a black and bilious form until there was nothing left inside.

David Peak‘s most recent book is Corpsepaint (Word Horde, 2018). He lives in Chicago.