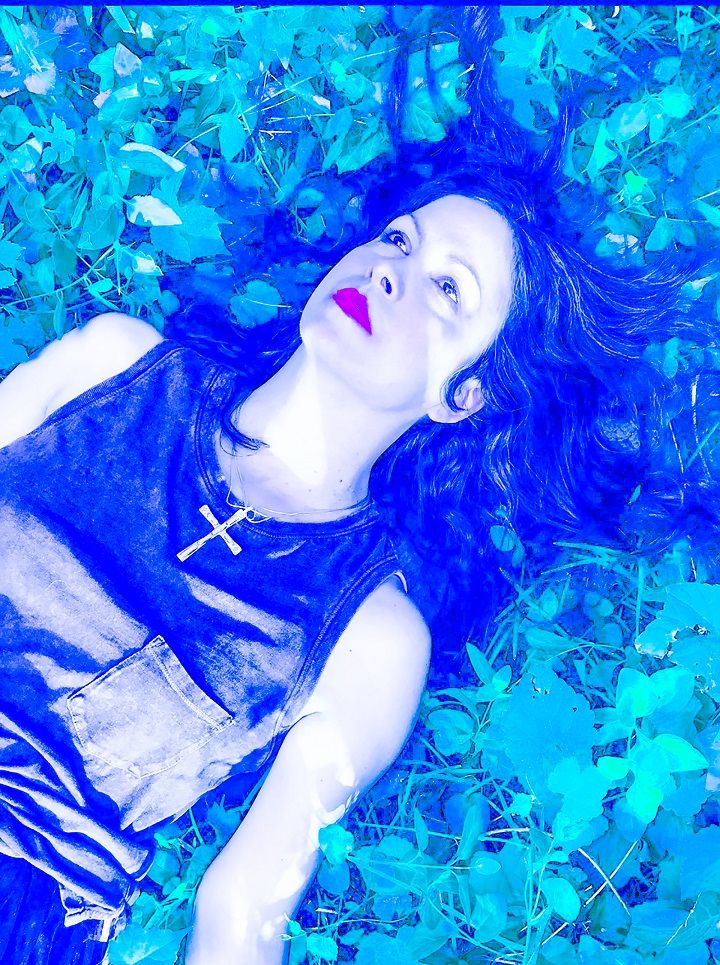 Music is impossible to experience objectively; writing about songs or albums as if they existed within bounds of equation or logic only leads to imprecise language like “crunchy guitars” and “big rock sound.” I say this because last night, I woke up in the oily time of sleep when dreams about buying a chainsaw at an East Bay flea market and the industrial lighting across the parking lot from my hotel room congealed and there was sound and it took me a moment to realize it was the chorus from the opening track, “Orchid,” off K. Michelle Dubois’ new album, Harness, and suddenly the chemical lights appeared cinematic; in fact, I felt a surge of total rebellion as if I were co-starring in The Legend of Billy Jean or getting ready to rumble alongside Patrick Swayze and Tom Cruise when Tom still had extremely fucked up teeth. “Orchid” rises into chorus from a single-picked melody that is haunting and once the song opens outward and the sound becomes unrestrained and there is little doubt as to where the songwriter is most excited to lead the listener.

Honestly, until last night in half-sleep, I’ve been wrestling with this album. I’m entirely new to the Atlanta-based songwriter’s music for one, and unsure how to make sense of the musical impulses on this album that, for me, are both challenging and perhaps too obvious. Or, more directly: the songs on Harness toggle between a raw sound that belongs to the underground and a pop-sensibility found in many mainstream acts such as the oft-compared Breeders.

Some might buck against my naming The Breeders as mainstream, but the moment “Cannonball” hit the radio it became a rock anthem for disaffected kids hanging around Clinton-era shopping malls and university quads. Nirvana once challenged mainstream audiences, sure, but “Heart Shaped Box” was playing over the loudspeakers at a carwash I went to last week after a heavy snow and this communion between music and such a belligerent waste of water seemed like the perfect analogy for mainstream music and culture. I’ve always found the dichotomy between mainstream music and the underground fascinating, and my clean Toyota—unrecognizable among other cars on the road—seemed to precisely represent how pop culture can pretty-up the terrifyingly messy human condition. The elusiveness of an interrupted dream state, say—that place between self-awareness and sub-consciousness—reminds me of what underground music strives to achieve. The moment a sound becomes a commodity, as it was with Nirvana and Kim Deal, the harder the next generation must work to create unique and authentic art. 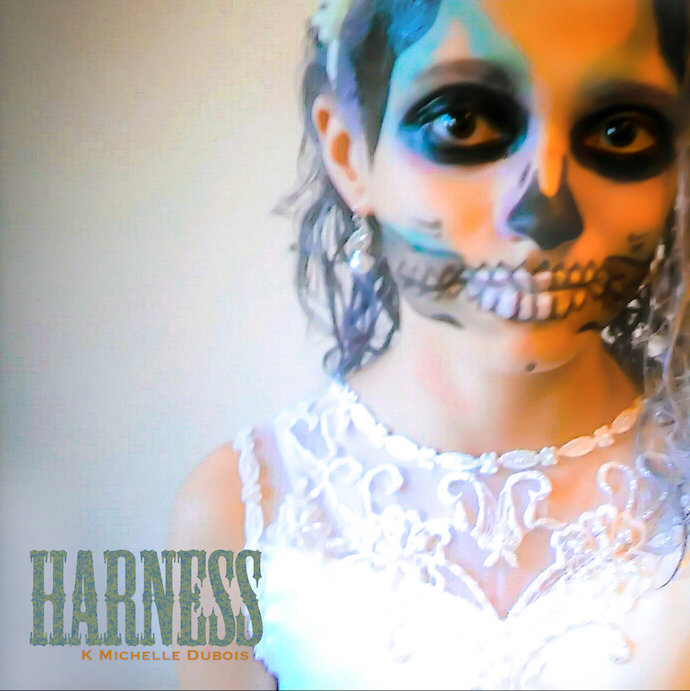 Michelle Dubois’ album Harness, for me, engages with both mainstream and underground lineages in a way that is at once raw and predictable. In the song, “Velvet Eyes,” the lyrics tug at the threads of adolescence—“When you’re nineteen / Small things mean everything / Then you think about death and / Big things mean nothing”—which resounds with a youthful perspective that parallels springtime love and the dark thoughts of a newly minted identity. But the musical styling is more complex. The single-picked guitar throughout the verse is melodic and chimes alongside a danceable beat and the song really comes alive when Dubois opens up during the crescendo at the end and Dubois pairs distortion with a down-picked wailing of the main melody.

Similar to “Orchid,” Dubois really shows off her vocal range in “Heart Like a Yardstick,” and though the song is incredibly listenable, the structure is more innovative and daring than other songs on the album. The breakdowns are disruptive and play against the traditional steadiness implied in the song’s structure. “Wild Weed” is equally strong, as again Dubois pushes the boundaries previously established on the record with a repetitive synth melody that tracks the ruminative quality in her voice, demonstrating restraint even during the more aggressively composed chorus and bridge.

Long time fans of Dubois’ work will find comfort in the danceable, sing-songwriter inclinations that has come to represent her solo work. New listeners might latch onto the power-ballads and quixotic melodies of the more explorative songs on Harness. Either way, K. Michelle Dubois and Dan Dixon have created a damn fine sound; the songs on Harness are self-assured, and the music clearly illustrates Dubois’ talent as a songwriter while highlighting Dan Dixon’s imagination and prowess as an engineer. Audiophiles who are into bands like Lovers from Portland, Oregon, the heavier tracks from the Durham-based band Des Ark, or even vintage Riot Girl like Huggy Bear and Bratmobile, should love K. M. Dubois’s new album.