Crazy From the Heat 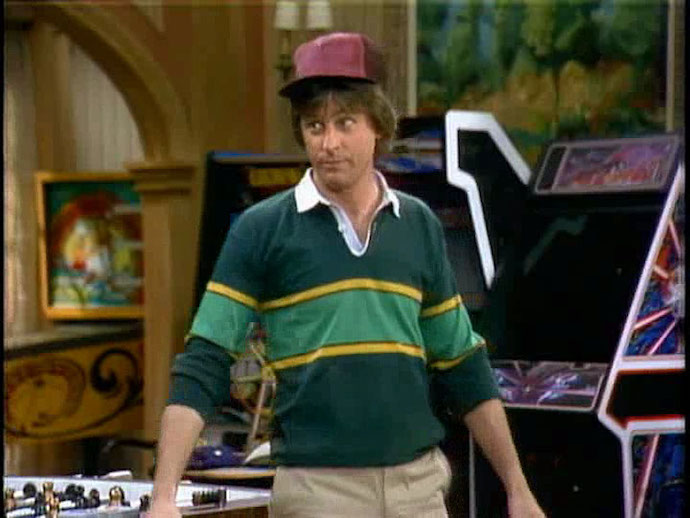 I’m in a poetry workshop, listening to comments about the poem I’ve just read, about driving through the Rocky Mountains stoned out of my mind. The poem’s a mess, and this is all my fault, of course. Not only because I wrote the poem, but because I wrote the prompt, which involved writing the poem outside while naked and staring at an optical illusion, and also because I wrote my poem one hour before bringing it to workshop. The poem has no stanza breaks. This is not because I didn’t think it needed any, but because I had to put clothes on and print copies of the poem then drive fifteen minutes to the workshop. I’m happy that people are telling me where to break the poem into stanzas. People are discussing two lines that definitely don’t work, that don’t make sense. I explain that these lines are meant to describe the sensation of driving through the mountains while fucked up and not being able to look up without feeling a crushing smallness, without feeling claustrophobic inside the smallness of the human form. “What you’re describing is a sublime moment” someone says. “The sublime was the focus of many poets before you, mainly the romantics.” I feel condescended to. Why would someone assume I don’t know this? Instead of asking this, I smile and say, “Oh wow! Thanks. Good to know. I guess I’ve got my work cut out for me.” There was a time when I wouldn’t have reacted this way.

I’m trying to fall asleep and I can’t stop thinking about a better way to phrase my description of the sublime, the experience of driving through the mountains and not being able to look up without feeling a crushing smallness. I’ve been struggling with this problem for a week now and it’s keeping me up at night and I have to work in the morning. How to say it right is the question I’m asking myself, but the only I answer I receive from the mind inside my mind is that if there was a sitcom about my life it would be called Yoga Pains, because I can never string together enough yoga classes to condition myself past the point of soreness, and maybe also because for the short period of time my father was a successful cocaine dealer my family was wealthy, like the family in Silver Spoons. But Yoga Pains is a play on Growing Pains. Perhaps Growing Pains is a good title for my story. There was certainly a lot of pain in growing, in the FBI kicking the door down and pointing guns at my family, but this is too tidy a bow.

I’ve always thought the things we leave out of our writing are more interesting than what we present to the world. I once asked my friend Sommer if there’s something she’s wanted to write a poem about but cannot. She replied, “I always wanted to write about the moment when you turn back to look at your toilet paper after taking a shit, but I cannot.” I think this is one the most beautiful and honest answers anyone’s ever given me.

My interest in what we leave out also applies to the way we construct our personalities, hiding facets of ourselves we think to be socially unacceptable. I’d much rather someone present themself to me as a person who fucks their sister than just another cool dude passing me the joint.

I wish Gaspar Noe had made a beautifully photographed movie about someone taking a shit instead of a beautifully photographed movie about people fucking. While I enjoyed Love, I call bullshit on the idea that making it was a risky move. Everyone wants to watch people fuck. Everyone wants to be the cool dude passing you a joint.

The father in Silver Spoons was a perpetual child. My father was perpetually in a bathrobe, perpetually recovering from the night before. I never looked like Ricky Schroeder, but I always wanted to. In Yoga Pains, the lead character is a pudgy little boy with a bowl cut, whose father dressed him in expensive clothes because he was very conscious of how his son’s clothes reflected on him, and he grew up poor and has low self-esteem, a fact he attempts to hide through gregarious behavior. He is the perpetual class clown.

I have read Crazy from the Heat, David Lee Roth’s autobiography, six times. I’ve read this book so hard that I’ve had to glue the pages back into my hardcover copy. It’s hard to explain why I love it, save for the fact that it reads like someone on coke telling you their life story in one long run on sentence. It seems both too honest and too dishonest. The fact that most of the people around him have said the book is full of lies makes me think it leans toward too honest.

I bought this book in a now closed discount bookstore in the Empire State Concourse, an underground mall that connects the New York State Capital building with the state archives and agency buildings. It’s filled with shops and restaurants for state workers to spend their paychecks in.

I’m not a state worker. For the past twenty years I have worked for the telephone company, in the Telephone Building, located next door to the Empire State Concourse. My office window looks out onto the Egg, an egg shaped building that sits atop the Empire State Plaza, the epidermis of the Empire State Concourse. I specialize in using a fifty-year-old computer system to monitor and test high capacity data circuits. There is a memorial in the center of the office, next to the water cooler, a table with framed pictures of all of our dead coworkers. Over the course of my career at the telephone company, I have been suspended without pay four times.

In Yoga Pains, the lead character is usually looking for his best friend. Whenever he finds him he’s in a dirty off-campus college apartment with matted shag carpets, jerking off a German Shepard as crowd of drunken white caps cheers him on. A lot of people stop watching Yoga Pains after the first time this happens, but the show must go on.

My mother is in Austin helping my brother open his restaurant. A poem of mine is published. She reads it and cries. My brother attempts to console her. “Mom, what do you expect? He grew up in a drug house.”

When I was nineteen, my best friend was indicted for conspiracy to distribute. At his instruction, I entered his apartment and removed a safe full of money and drugs. I brought it to my house and placed it under a table in my bedroom. Days later, a friend drove me out to a party in the country. We drank a lot. We split a bag of mushrooms. Shortly before the come-up, I went into the woods to take a piss. When I returned my friend was gone. After I came down, I caught a ride home with some hippy girls. When I approached my house I noticed a sidelight was busted out. Sure enough, the safe was gone.

I’d like to think my best friend was smart enough not to tell anyone I was holding his safe, but this obviously wasn’t the case. Knowing that the friend who robbed me was a long struggling crackhead, that the money was gone by now, that the drugs were gone by now, both traded for rocks that he was surely holed up somewhere burning away, I realized there was no recouping the loss. In my youthful hate I thought the best path forward was revenge.

I called some friends and explained the situation. I arranged for another friend to bring me the thief. He’d stop by his parent’s house and invite him to come out to smoke a joint. The friend would drive him to the back of a local cement plant, where I’d be waiting with friends. Everyone hated the thief. He had stolen from most of us at this point. We were going to kick his head in and dump him in one of the huge cement forms, used for large scale construction, drying there. One of us bought several bags of ready mix to pour on top.

In the days between planning and execution, someone buckled, filling the thief in on the plan.

Perhaps I should introduce myself to people as someone who planned a murder.

Mice have it easy. All they have to do is tap a button for their cocaine. On Yoga Pains, the best friend character has to jerk off a German Shepard for money, then go down to 9th street and cop on the corner. He doesn’t always succeed. Sometimes he gets robbed. Sometimes the coke he gets is stepped on so hard he barely gets off. Sometimes he gets his ass kicked because people recognize him as the scumbag that jerks off his German Shepard for money. A lot of people think Yoga Pains jumped the shark when the best friend was first found jerking off a dog. I disagree.

Every Fourth of July, a local grocery store chain sponsors a massive firework display at the Empire State Plaza. I was working an overnight double shift during one. I had come into work slightly buzzed, having arrived straight from a party. I was dozing off at my desk when I was jolted by what sounded like a missile hitting the building. I looked out the window and realized what time it was.

Years before this I had become friends with a janitor named Floyd who showed me how to access the roof where he’d go to smoke joints. Floyd was an ex-con. We had become fast friends, bonding over tattoos and tales of horrible behavior. Floyd was fired after he crashed his car into a school bus, and the cops found cocaine and heroin on him. He died of an overdose months after being fired.

I followed the route Floyd showed me, walking out onto the roof’s tarred surface, past the girdered base of a microwave dish, to the ledge. I looked down and saw a sea of heads moving around each other like ants. The explosions here were deafening, comets exploding not far from my head. My face awash with colors, I watched the swarms of glitter and pearls as their shredded cardboard containers rained onto me. I felt the heat of each explosion blast across me, each wave of buzzing light filling my view. As the size of the explosions and density of their clusters increased, so did the velocity of the cardboard shrapnel, a bath of their stings numbing my skin. I could no longer feel the fireworks’ heat as they surrounded me. I was being absorbed into the fire. I remember feeling sorry for those on the ground because they were safe.