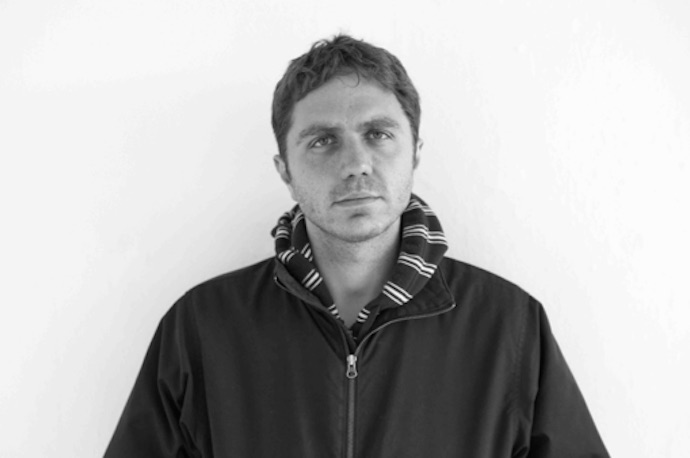 For this ongoing series I message writers, musicans, filmmakers, and artists to compile a top 10 list of anything they love: books, movies, tv, series, art. Our inaugural list comes from Noah Cicero: an American novelist, short-story writer living in Las Vegas, who is the author of six books of fiction and two ebooks. His last book was his first poetry collection, Bipolar Cowboy, “a book of love poems for all those who loved so deeply it crossed into mental illness.” I cant recommend this book enough! – STH

Scott McClanahan said in the Fader recently, “I told her that country music was just as much about postmodernism and artifice as Roxy Music was.” Country music used to be existential, country music was full of vulnerable men playing guitars on porches and barns. Country music was not Jesus and guns. What happened? In the 1980s Hank Williams Jr. and the Charlie Daniels Band turned country into self-righteous nationalistic slogans. The rural churches became obsessed with abortion and homosexuality, and the music became shallow basic heartless songs telling stories without epiphanies and the humiliation of being human. The music became an extension of the Republican Party; it became nationalism, and nationalism has no vulnerability, and without vulnerability there is no music.

I’ve put mostly upbeat songs, so you can listen in your car on a road trip.

This is a lesser known Johnny Cash song. She told him she “had enough.” I like that, “I’ve had enough of this shit.” I like the image of a guy driving around a town in 1956, cursing his life, bitching at himself, hitting the steering wheel wondering where his woman went. I like that he says “kittie cat.” When he says, “You can turn back home,” it is so honest, like someone saying, “I am needy, I know, I can’t help it.”

This song had a movie, I’ve never seen it. No one has ever seen it. It is about a town of goofballs who tell young girls to not wear short shorts. I think we still have this problem. But the mom is like, “You’re all drunks, cheats and liars.” And everyone admits they are somewhat bad people and life goes on. I like that the daughter values her mom because her “mom socked it to Harper Valley PTA.” Her mom doesn’t help her study or pay for her college education; her mom tells people off for their kids. I love that.

8. “Pancho and Lefty” by Willie Nelson and Merle Haggard

The images are so easy to imagine in this song: Pancho down in Mexico, getting killed, dying covered with a dust, a lizard looks on perched on a rock. Like how sad is that shit? Lefty ends up in Cleveland–imagine a cowboy, robbing banks, heisting trains, sleeping next to campfires, and then after all this tremendous life, he ends up in Cleveland finishing his days at a factory, and one day he dies alone in a nursing home on the banks of Lake Erie. I said how sad is that shit?

A man fucking dies in this song. A man walks into a bar, a bar he used to go to with a woman he once loved. He sits at the bar, orders two drinks, one for him and one for her, and then sits by himself crying in a stool.

This about being a young gangster mother fucker. This guy had no father, he grew up in a shack, he never had nothing. Grew up surrounded by other crazy adults, everyone drunk all the time, no jobs to go around. His mom doing everything she can to help her kids, but she was drunk half the time. Little boy growing up shoeless in the sweaty humid south. The boy grows up, and to prove himself a man, he kills a man over something trivial. The young man, who didn’t have a chance in this world, spends his life in prison. He sits in the prison cell and thinks about his mama, and how she tried.

This is a really funny song, but it is real. It is about fake people, about guys pretending to be cowboys, when they really aren’t. I think they call them “fucbois” now. I relate them to hipster guys in my head, who have the beard, they have the jeans, the collar shirt, the slicked hair; whatever is the new hipster style, they are that thing immediately. They write poetry on typewriters but have never submitted a poem in their lives. They have record players, they have read half of 1Q84 and have an MFA. Who used all these things not because he truly loves them, but to get women.

3. “Eastbound and Down” by Jerry Reed

I grew up watching Smokey and the Bandit. Burt Reynolds and Jerry Reed driving across America getting into bar fights, getting chased by the cops, meeting women, and lots of beer. That is so American and beautiful. America is about bar fights, shitty cops, wild interesting women, beer and cars. I really like the guitar solo in this song: feels like life, it goes up and down and all over the place, in the middle it slowly steps around, like patience, it sounds like patience, then it sounds like fun, then it sounds like tragedy, but then it works it way back, not to redemption, but, “We have a long way to go, and a short time to get there.”

2. “Queen of the Silver Dollar” by Emmylou Harris

This is about a woman who hangs out at the same bar every night and all the men keep trying to have sex with her. She gives zero fucks, smokes cigarettes, and drinks whiskey. It says she was an “ordinary girl,” but a guy brought her to this smoky kingdom. But Emmylou Harris doesn’t say if that is good or bad. I assume the woman likes the smoky kingdom: she loves bars, she loves clinking glasses, good music, jukeboxes, dancing, bar fights, and vomiting in parking lots. Those are awesome things.

1. “The Corvette Song” by George Jones

The guy is driving a sweet car. Everybody loves sweet cars. Then this guy weird old guy comes out of the gas station. America has a surplus of weird old men saying wacky shit to other people. The bank took the old man’s car, that hasn’t changed, the bank gives us things to take them away, a genius plan. Then the old man says he used to date a really hot girl in 1963 that looked like his girl. I imagine the girl in the car wondering what these two idiots are talking about and not paying attention to them.

Someday I’ll be an old man and bother kids because of dementia. I hope one day I say to some kids, “She was hotter than a two dollar pistol.” And the kids just stare at me, waiting for me to get done speaking so they can go back to being kids.

If someone said, “What is the meaning of being an American? What does it mean to be human?” I would give them these songs.