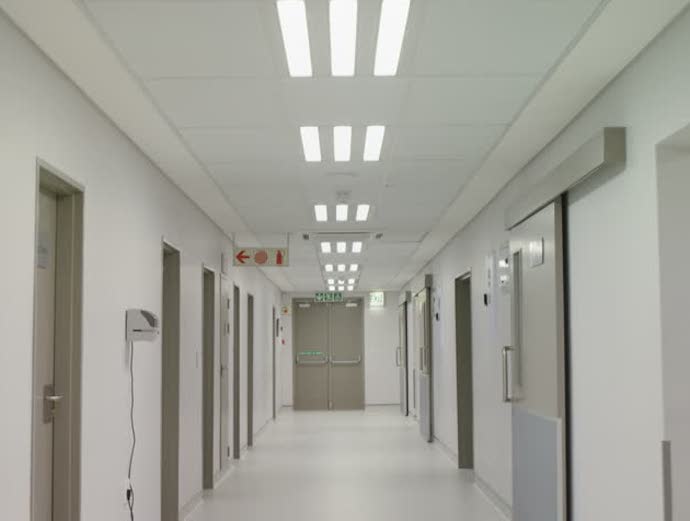 Everyone was at the hospital when she arrived. They doubled forward wanting to hug the boy but didn’t. Minnie squeezed his hand. She went to the front desk.

The nurse filed through paperwork mentally preparing herself for her formal spiel and the impersonal defense that would follow Minnie’s dismay.

“Just hold on,” the nurse said scattering the contents of a manila folder on the desk. Minnie scoffed in her head. She peeked over the counter for her own curiosity and to maybe help civilize the nurse. She looked over her shoulder at the people wanting the boy to look over his shoulder. Some thing to entice.

Minnie was tired of standing so she sat down away from the praying and the sniffling across the room. She thought she should grab a coffee. Holding a coffee cup seemed comfortable. No, the boy would just want a sip and he’d protest until the whole thing spilled on his arm.

The automatic doors separated. A gliding woman emerged. She spotted Minnie and joined her becoming the like image they carried with them when they were together.

“Are you two sisters?”

They hadn’t been asked in a while.

“No,” they said together.

“And who’s this little guy?” The stranger spoke to him asking him how old he was and what his name was and which daycare he went to. The stranger was speaking to Minnie, glancing at her in between questions.

Minnie deflated a sigh of relief. It made her sister happy.

The nurse was back at her desk. The doctor was with her.

The doctor approached them with the same impeding impersonal defense as his nurse. The nurse was instead biting her nails. Minnie grimaced in her mind considering the cesspool they were standing in. Minnie decided whatever the nurse would contract would civilize her.

“So he’s not waking up,” Minnie repeated in layman terms.

“That is our evidence right now. The amount of escitalopram he consumed was lethal.”

“His and someone else’s,” Minnie confirmed for her sister’s record.

The family pecked their necks up and down and over at their watches and into their phones trying to make anything out of the hushed discussion. The grandmother had been holding her daughter’s guiltily weeping shoulders but she appeared to have schlepped away for a break. The rest of the family were scattered amidst– leaning on the wall, considering a candy bar, commenting on the smell. The daughter turned her body toward Minnie so that she wasn’t just a profile, desperately clutching the armrest of the waiting room chairs with lucent blue eyes filled with water.

Minnie looked back at the doctor. “Well let me know if he wakes up.”

Her sister stood up beside her and stretched.

She called her son over. He came to her. She handed him a miniature locomotive a stranger gave to her at church. He put it in his mouth immediately.

Minnie looked around the waiting room annoyed with the anxious energy thrusted in her direction for the purposes of penetrating her inhuman appearance of peacefulness. She looked around to appear unannoyed.

“That’s not his,” the girl told Minnie first.

“Well do you think he could play with it just for a few hours?”

“I know but he’s crying. Can he play with it for just a few hours?”

“He always wants stuff. Even stuff that’s not his.”

The girl wiped her nose with the side of her hand. Her beaded braids shuffled in a frenzy.

Minnie stared at the girl for a moment. “Hey listen how old are you?” she whispered.

The girl trailed away. Minnie handed the toy back to her son glaring at the little girl’s back. The family deflated in disappointment.

Minnie’s sister returned. She was grimacing from her discomfort.

“So last night I get on Facebook and, you know how when someone tries to add you but you decline it and by default they follow your public posts?”

She led her nephew and her sister to the vending machines across the room. “Mmh-hmm,” she consigned thumbing the wad of money in her pocket.

“There was this straggler. Someone I had never met. She commented on–”

“Wait, aren’t these people like fifty?” Minnie shut her eyes concentrating on appearing to hold back smiling. “Don’t you wanna talk louder so they’re embarrassed?”

Her sister shoved her hand through the flapped vending machine door as the snacks plummeted. The daughter watched the boy, her self-abasing body language inching toward waving him over. Minnie refused to believe she was witness to such textbook timidity not only because it was stupefying.

Minnie’s sister handed her nephew a small piece of popcorn. He took his mother’s hand.

“Rats. All of them,” her sister said under her breath.

They went out the automatic doors.