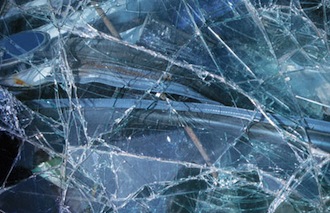 This tasteless and stupid act makes my wife angry when I tell her about it, and makes some of my friends fear that one day they’ll hear how I got shot by some road rager.

It happens in a crosswalk, especially one where the city has placed STATE LAW: STOP FOR PEDESTRIANS signs in the middle of the fucking road, which I also happen to be standing in when this driver comes zooming up with no intention of stopping. I see them coming, and I pause in the middle of the crosswalk, working up a good loogie. Then, just before they pass, I hauck it right onto the windshield.

One time, on a hot summer day, I readied myself to hauck a loogie and the passing car had the driver’s window open, and my spit missed the windshield and instead went through the open window and into the back seat where some lady sat, and I watched my spit splatter her face. The woman screamed as the car continued on. Maybe that driver tried turning around to find me; I don’t know. I just kept jogging and went home.

Another time I spit on a truck’s windshield in the parking lot of the Home Depot, because, as I was on foot and walking across a division between the rows of parking spaces, this guy in the truck sped up as he approached me, forcing me to stop to let him pass. But I would not do so without giving his truck a thick gob. This guy hit the brakes and got out of his truck, saying “Why you gotta spit on my truck?” I was pissed that this guy had the gall (I know, right?). So I put down my backpack and stalked up, hovering over the man’s face. He was middle-aged, and about a foot shorter than me. I was raving mad. I pointed at his chest and said, “Watch out for a fucking pedestrian for once in your life, or you’re gonna get your old man’s ass kicked.” The man just got back into his truck and drove away. My wife, who was then my girlfriend, was not impressed by the story when I told it to her.

More often, though, I spit on cars that ignore the fact of sidewalks and potential pedestrians when the drivers come speeding out of a business driveway or a parking deck. Invariably, this happens when the driver intends to turn into the flow of traffic (i.e., not crossing the oncoming traffic lane). So the driver isn’t even looking at me when she barrels out of the driveway; she’s looking to see if anyone’s coming in the direction she wants to travel. This is the kind of thing your driver’s ed teacher instructed you on, but that went ignored after you’d been driving for five years, like slowing—instead of speeding up—as soon as you see a yellow light.

One time it was this old couple pulling out of the parking garage next to my apartment. I was jogging home with my daughter in her stroller. I had to come to as quick a halt as I could so this geriatric asshole didn’t smother my firstborn with his SUV’s fucking bumper. I smacked his hood, and made sure to do so with my left hand so that my wedding ring dinged against the car’s body and hopefully left a scratch or two. When the old couple looked at me, dumbfounded, I pointed at the stroller and mouthed “Pay attention” before continuing home.

One time, a Domino’s Pizza delivery guy ignored the fact that he was stopped at a red light. I mean, he was turning right, but he didn’t bother to check if any pedestrian was crossing the road when it was the pedestrian’s right-of-way, because, you know, the guy was sitting at a red light, for fuck’s sake. He started pulling out when I was directly in front of him. He wasn’t even looking at where his car was headed. His head swiveled right then left as he checked for traffic. I get it that delivery guys are often on a schedule, and are hurrying up so as not to deliver a pizza too late (does Dominoes still honor that thirty-minutes-or-free thing?). I smacked the driver’s hood before he could drive right into me. When he looked up, the fury in his eyes was that of a demon’s. He waved, gestured—I’m not sure what he was doing—while he screamed for me to get out of the way. That’s what made me stand in front of him, while I worked up a good loogie. I haucked it all over his hood and windshield. I was sick at the time, so it took a few spits to get all the mucous out of my mouth. He just kept gesticulating wildly. He looked like a man having an epileptic seizure in the driver’s seat. Then I continued on my way.

As for my friends’ worries about me getting shot, they aren’t unfounded. I’ve had a gun pulled on me. There was this bar that I frequented, a cozy place nestled in a region of my neighborhood that teems with clubs. On a weekend this place jams up with SUVs filled with party bros in suits and chicks in skin-tight dresses, and the streets are one big traffic jam from about eleven at night till three in the morning. Not a problem for me though, since I walk.

I was leaving this bar for home and all these cars were jammed, trying to get through a congested intersection. I mean, no one was moving at all. When I crossed the street I had to walk between the bumpers of two of these cars. Let me just say that when you get a bunch of bros together in this club atmosphere, where they’re all testosteroned-out and competing for pussy, these former frat brothers get pretty aggressive. So this guy decided that he didn’t like me walking between his car and the car in front of him. I remind you that they sat in stand-still traffic. When he honked at me, I just looked at his windshield and shook my head, like sadly, you know, because this guy was such an idiot. Then I hacked up a bulge and looped it onto his Mercedes, and continued walking. Then I heard someone say, “Hey!” When I turned around the guy in the Mercedes had his passenger’s window down and he was pointing a semiautomatic at me. What does a car-spitter do at this point? I turned back around and kept walking, and fortunately my city is filled with trees, and the street I was walking was oak-lined and I stepped behind the oaks along the sidewalk, and that was that.

But what’s fucked about all of this is that I don’t think it’s anyone’s problem but my own. Clearly, I’ve got some kind of personal vendetta going on with the drivers around my city, in particular in my neighborhood. Who else goes around spitting on people’s cars, or throwing coffee and pennies, or wishing that he’d thrown a box of chicken wings at some car not heeding the pedestrian’s right-of-way?  It’s evident, I think, of my anger-management problems, of the tantrums I threw when I was a boy, manifested now in this adult male’s body. No wonder my wife gets mad at me for acting the way I do. And it’s not like I’m a saint behind the wheel, either. Just last night it was raining so I picked up my daughter in our car, and I made a right turn when the Walk signal had gone up, and I passed right through two pedestrians’ right-of-way. I said to myself, Oops, and tried some kind of weak wave that the pedestrians no doubt could not have seen, since it was dark already, and sheets of rain were coming down. So great; I’m a hypocrite.

The way I see it, I’ve got two options: drive more and join the masses and so desensitize myself to the kinds of wild driving I experience on a regular basis as a pedestrian, and as a driver enter into the same kinds of behavior as a mindless drone; or never leave the house again and by doing so keep myself away from the idiotic masses and thus curb this anger and these childish ways of dealing with it. I suppose there might be a third, more option: calming myself down, maybe getting some therapy, and generally trying to be a better human by not being so confrontational.

But how else will any of these drivers learn the error of their ways, unless my saliva and mucous ends up on their vehicle?