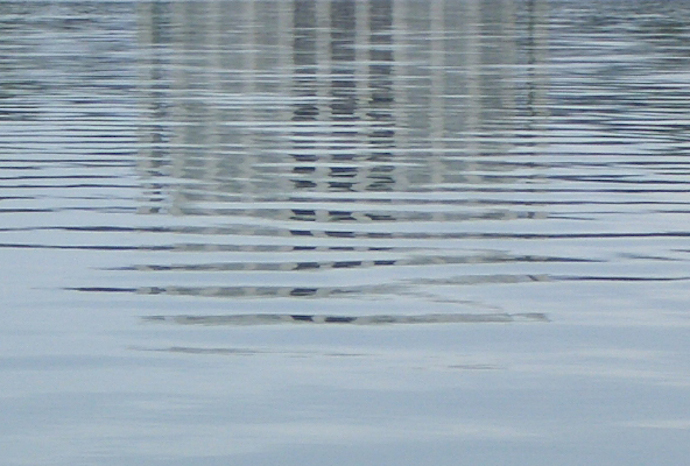 King Kong climbs the
washington monument
&
the seat of the lincoln
memorial is empty &
the reflection pool
is grim with crows
& the laughter
of two ghostsi haunts
jefferson’s memorial
as they swallow
nickels into
their veiled throats
&
Fannieii tramples down
Pennsylvania avenue,
stopping to pull
the capitol’s steeple
from her giant’s foot,
a long shadow
over Aunt Jemima
and Mammy sunbathing
on the white house
lawn,
&
Jemima winks
at Jesseiii painting
a picket fence
with the blood of
Jesus &
the Sphinx has pissed
on a rug in the oval
office &
Aiyanaiv is twirling on
the roof
of the pentagon, shooting
seeds from her mouth
until she spins
in a grove of watermelons
&&
&
God parts
her hair down
the middle,
greasing her scalp
on the supreme
court steps.
____________________________

ii Fannie Lou Hamer was a Civil Rights leader and activist who addressed Mississippi’s Democratic Convention Committee, in 1964, with a speech on the violent resistance she encountered in her effort to register to vote. Her speech garnered great attention and press coverage, which was interrupted and redirected, at the request of Lyndon B. Johnson.

iii Jesse Washington was 17 years old when he was tried and convicted for murder in Waco, TX in 1916. He was sentenced to death and immediately lynched over a bonfire in front of City Hall. His remains were collected as souvenirs and photographs of his lynching were printed and sold as postcards.

iv Aiyana Stanley Jones was a 7-year old girl shot and killed by officer Joseph Weekley, during a raid in Detroit, MI, in 2010; he was cleared of all charges.

God shouts
at a kink snagged
on her
comb &
Aiyana sings,
Black
cat cross
my path, think
every day’s gonna
be my last.
Lord, have mercy
on this land
of mine: we
all gonna get it,
in due time.i
& the Sphinx recites
the gettysburg address
& Jesse asks
for a cup of water &
Mammy leans in,
says to Jemima,
“that mouse, gonna
swallow the housecat.”
& Fannie howls
when she finds an earth
stuck to a piece
of hard candy, in her
front pocket &
two ghosts are heard
calling out
the names of
the young and dead
&
the crows confess
that they have teeth
& lincoln’s seat is
still empty &
King Kong
whispers the name
his mother calls him.
____________________________

Sasha Banks is a poet whose work has appeared or is forthcoming in RHINO, Kinfolks Quarterly, Alight, Poor Claudia, Austin IPF, B O D Y Literature, The Collagist, and has been performed in Tulane University’s Vagina Monologues. Sasha is the creator of Poets for Ferguson and a MFA candidate at the Pratt Institute. She lives in Brooklyn, NY, where she is learning to be Black and spectacular at the same damn time.