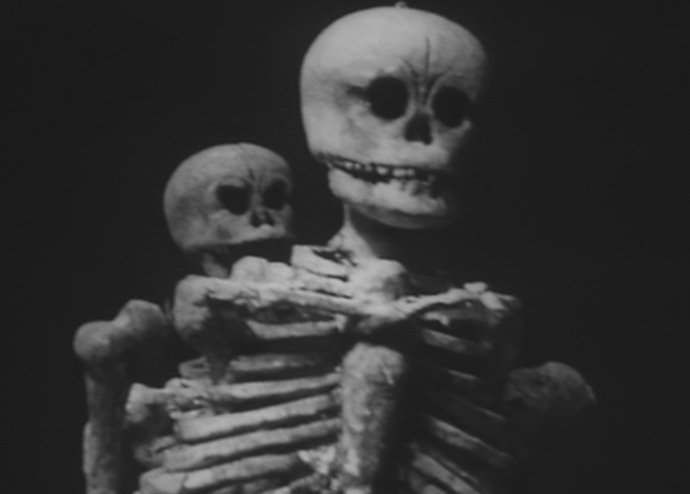 My father is not in the habit of corresponding with me via email—he prefers, as he always has, to chat by telephone—but occasionally he will send, using his iPad, a hyperlink, and this will allow me to connect to something he finds notable: a recent mugshot of one of my former elementary school classmates; the obituary that included a photo of one of his patients who lived to be 111, and was pictured with a thick, torso-sized bible draped over her lap; a video taken by an aerial drone of the construction, fifteen minutes from my hometown, of the new Harrah’s hotel and casino. Recently, my father sent me a YouTube video of a man who, in order to transform himself into a “dragon lady,” had employed surgeons to cut off his ears, insert subdermal implants along the ridge of his brow, replace his nostrils and septum with slits on the sides of his nose, and then tattooed himself from head to foot with scales patterned after that of a western diamondback rattlesnake. I clicked reply and thanked my father for putting said “dragon lady” and its predictably vile comment stream into my “brain bank,” the latter of which is a phrase my mother uses when she sees something on TV or in a movie—sex, violence, monsters, gore—that she doesn’t approve of, as in, “I sure wouldn’t want that in my brain bank!” and within seconds my father replied to say, “You’ve already made the deposit.” To be clear, it wasn’t that I harbored any ill-will toward the dragon lady, since, as far as I was concerned, a person should have the right to do whatever he or she wanted to his or her body, as long as it didn’t hurt anyone else; it was the comments that I found disturbing, and which attempted to paint the dragon lady and the surgeons with broad brushes; in some cases, commenters went so far as to suggest that the modifications she had made to her body were inspired by the devil himself. In order to cleanse my mental palate, I scrolled through a news feed, and read about the giant holes that opened recently in Siberian tundra. I read about the discovery of an Earthlike planet orbiting our nearest star, and though the planet is thought to be habitable, astronomers claim that the color of its sky would perpetually resemble our own during twilight in autumn. But I couldn’t stop thinking about the dragon lady, or my father, who has always had a soft spot—if that’s the word for it—for other humans who display unforgettable idiosyncrasies. Although it is safe to say that he is not a lover of books, he did, when I was growing up, have a personal library, and among the few volumes he stored in a glass bookcase was one titled Very Special People, a book I never read, but whose interior portfolio of black and white photographs—a 30 page section at the center of the book—I returned to repeatedly, as it included portraits of sideshow stars such as Grace McDaniels, the “mule-faced woman,” whose face was severely disfigured, and Jo-jo the Dog-Faced boy, who was covered in hair from head to toe, and Bobby Kork, who appeared to have the features of a man on half of his body, and a woman on the other half, and a bearded girl, and a man who had a miniature twin growing from his chest, which was depicted both naked and dressed in a suit. There was the duo Tripp and Bowen, two men with mustaches and hats and suits, on a bicycle built for two, only Tripp had no arms, and Bowen had no legs, and there was Frieda Pushnick, a pretty woman who, though she had been born without arms and legs, could type and sew. There were Siamese twins, bearded ladies, a “living skeleton,” a man with “elastic” skin, and Prince Randian, otherwise known as “The Caterpillar Man,” “The Snake Man,” and “The Human Torso,” a man from Guyana who had also been born without arms or legs, and who, using his mouth, could roll a cigarette. I marveled at these humans, and though I pitied them, I admired them, too: for living, for having persevered. I had never seen anyone as stupendously different as these very special people, perhaps because medical science could now transform people and perhaps because the days of human beings featured at circus sideshows had come to an end. As a boy, I once visited a sideshow at a traveling circus that had stopped in our town, and planted itself on the same field where wanna-be cowboys and their families camped during the annual Wagon Train, during which hundreds of people traveled from Andrews, North Carolina to Wallhalla, South Carolina by horseback and covered wagon. I remember standing in line, holding a paper ticket, filled with anticipation, wondering what in the world an Elephant-Skinned Dog might look like, and then entering the tent and peering into a kind of cardboard cage, where a dog sat next to a basin of water. It was impossible for me to determine what kind of dog it was, but one thing was clear: it had been shaved of its fur, from head to foot, leaving it sadly naked-looking, and gray. I don’t think this was the same circus where we watched a baby—a child who hadn’t yet learned to walk—eat a McDonald’s cheeseburger, after having consumed a bag of fries and a milkshake, but for some reason I can’t think of one without thinking of the other: the first, a sad dog who couldn’t make eye contact, the second, a precocious eater of junk food. There is, of course, no way of knowing what happened to either dog or baby, and though their futures lacked promise, I can tell you nothing more than I have, except to say that that they live inside me, I carry them wherever I go.

Matthew Vollmer is the author of Gateway to Paradise, inscriptions for headstones, and Future Missionaries of America. With David Shields, he co-edited Fakes: An Anthology of Pseudo-Interviews, Faux-Lectures, Quasi-Letters, “Found” Texts, and Other Fraudulent Artifacts. He also edited the anthology A Book of Uncommon Prayer, an anthology of invocations by over 60 writers. He teaches at Virginia Tech.