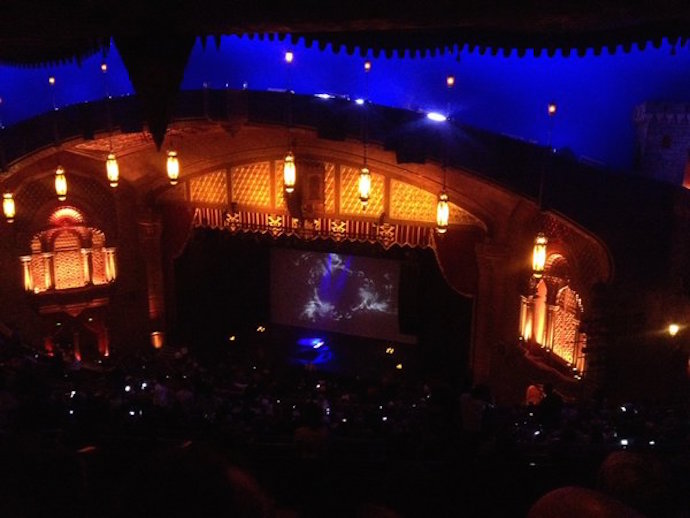 Over the weekend, my grief over Prince’s death got weird. I began to retreat from the collective shock and despair into a more private space to sort through the idea that Prince (PRINCE!) would soon be in the ground. I didn’t go dancing at First Ave. or get The Symbol tattooed inside my lower lip but instead drove to a remote pocket of Alabama with my family and played “Raspberry Beret” on the ukulele for three days.

And I thought:  “They killed him.”

I am not a creative genius compared to many and especially compared to Prince, but I believe music is a gift, art is a religion, and communicating through language is a kind of prayer. It took me all weekend to play and sing along to even a basic pop chord progression like “Raspberry Beret,” and even then it sounded like a rough Beat Happening demo. But around Saturday evening, when I went from a G chord to a D chord and sang, “Now overcast days never turned me on,” something happened–a force outside myself moved through me, and, I believe, made me more human. Prince’s music travelled through me and made me more fully who I could be. It was joyous.

I felt this same force acutely earlier last month when I went to see Prince at the Fox Theater in Atlanta, which turned out to be his last night of performances. During the show–before we had any idea it would be the end (or did we secretly know when he cancelled the week before?)– I felt transformed. He had spent an hour getting thousands of people to dance in the aisles with just his voice and a piano. And then getting them to hold their breath when he got choked up after singing Joni Mitchell’s “A Case of You.” It was like seeing Glenn Gould play his Bach variations live in person, if Glenn Gould also happened to also be the first black Pope. It was the only time in my life when I felt like I would be wounded if the performer didn’t come out for an encore. Prince left the stage, leaving behind the purple piano and smoke, and I screamed with a deep want for him to come back. He could play anything. “Chopsticks” again, or “Linus and Lucy,” or even that weird song for the Minnesota Vikings he wrote a few years ago. Anything at all. He had to. Not because I would have felt ripped off–I was ecstatic just to have seen what I had already seen–but because it felt so profoundly good to be in the room with Prince. He came back. He played more. Like Rilke’s archaic torso of Apollo lit with purple flames. It was beautiful.

I had worried beforehand that seeing him for the first time with just a piano and microphone might be a let down–no guitar, do drums, no bass? But I should have remembered “When Doves Cry”–restrictions only increased Prince’s power. For those of us with less (which is all of us), we must do more to prove ourselves. Prince had to do less to allow us to see more of him.

Back at the ukulele, what would I have done with my life if that force could move through me more powerfully, more consistently? What if it had made me more Prince-like? For a moment it’s a delicious fantasy, but then it quickly becomes terrifying. Prince, at the Fox about halfway through the show, played a few riffs on the low end of the piano and said, “Funk is all about space.” He could live in that space. He was (here’s an understatement) funky. That lucky piano had never felt space like that. Me? Space freaks me out. I am not funky. I need help to realize what’s in my head and in my heart. Prince needed a piano and a microphone, if even that. After the Fox, I would have paid to see him stand alone on stage for an hour. Two. Three.

It could be possible to live with that type of creative force moving through you if you happen to be made of iron. If you’re not, if you have less willpower than Prince, less discipline, less confidence, less boss bitch, then you won’t last the 57 years Prince did. No chance. Not the least because you will be told from the start that there must be something wrong with you, that you need to just chill, and at some point, you’ll believe it. It’s your fault. When they see genius in America, they hate it. They try to minimize it, they try to mock it, they try to exploit it. They try to get the most out of it for the least amount of their own labor. To feel the music move through you is to invite destruction.

During “Controversy” I started to think about my son–nearly five years old, pathologically sensitive and equally stubborn–and I thought about Prince as a little boy, his parents, his teachers, his friends. It broke my heart. Little Prince surrounded by ignorance. Only Prince knew what he would be. Everyone else just wanted him to stand still in the lunch line. What do we do with creativity? What do we do with sensitivity? Vision? Did we kill Prince? Do we kill him a little everyday? Are we part of the mundane, ubiquitous forces that conspire to crush and alienate creativity? Are we part of what slowly worked on Prince over 57 years and ultimately snuffed him out? How many times a day do I tell my son to just chill?

Even if we’re not Warner Brothers, who he fought with for most of his adult life over ownership of his music, or part of the corporate media that mocked his every move, or even part of the toxic masculinity that tried to boo him off the stage when he opened for the Rolling Stones in 1981, but what do we do when we feel the music moving through us? Do we help people who invite powerful forces into their lives? Or do we kill Prince?

My wife listened to me play “Raspberry Beret.” That’s it. No one would try to exploit this particular manifestation of creativity. In that way, I’m lucky. I get the gift of Prince’s music with so little of my own talent to facilitate it, and I get to feel it without being destroyed. And, when I can’t play it, I can listen to it. I can dance to it, and I’m full of gratitude. Prince will never die.