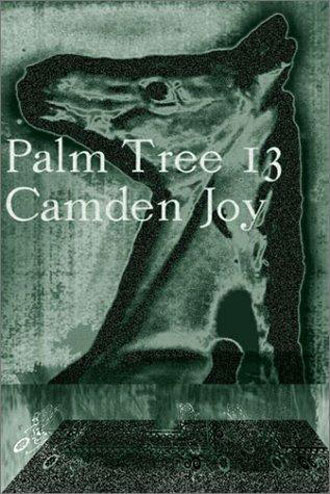 I was first introduced to Camden Joy’s writing by The Greatest Album Ever Told, his beautifully letter-pressed screed about Frank Black’s Teenager of the Year. Published not long after the album’s release, it presaged both the format and goals of the 33 1/3 series by about eight years. The book’s unreliable narrator details the innumerable cultural and historical references of Black’s 1994 short-attention-span epic. In the works that followed, Joy continued to meld oddball fiction with painstaking pop-historical research. The results are bizarre and potent, often detailing the brutality of rock’s boy’s club comradery and the agony of fans’ obsessions. The most successful of his novels, Palm Tree 13 begins as a western starring Glen Frey of the Eagles competing in a buffalo round-up. The book jump-cuts into 1970s Los Angeles with a complex and sympathetic portrait of David Geffen, Don Henley and James Taylor. There is nothing else quite like this. -Ben Bush