Part 13, in which we wake up in a dream of the other side, and remember where we came from. Previous installments can be found here. Read in any order. 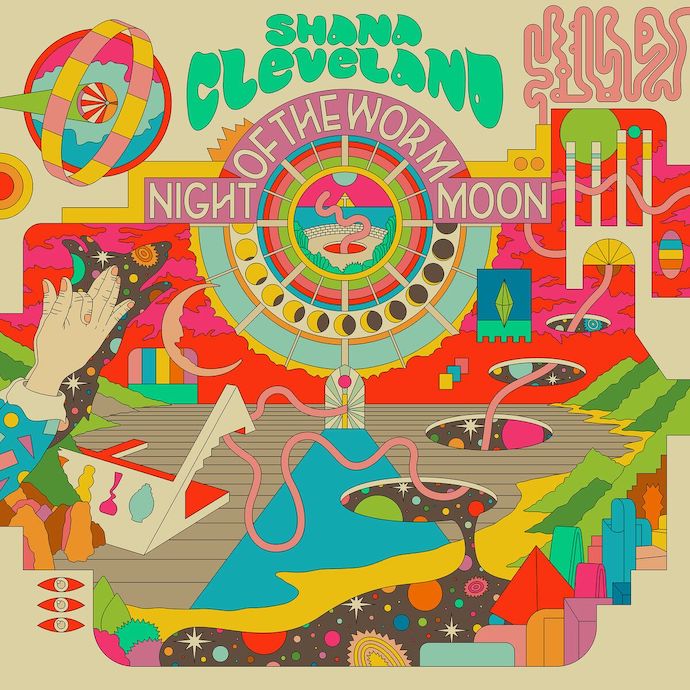 I tried my best / to live in truth I guess
—Shana Cleveland, “I’ll Never Know”

It’s one thing to be real / and another to pretend / … / You are a creature of the night / but you’re hiding from the dark
—Ex Hex, “No Reflection”

Albums are a literature we return to perhaps more often than others, not because it’s easier to get through an album than a book, but because we are called to return. This siren song will only wash away our troubles, or bathe us in them. We might revisit other forms, moving from music to film to poetry to visual and digital language art to dance—in any case, if we’re lucky, we’ll be moved to dance. As ever, there’s no reading like rereading, and listening is a textual concern just as writing and reading are multi-sensory embodiments. We live again at each pass. We are undead. 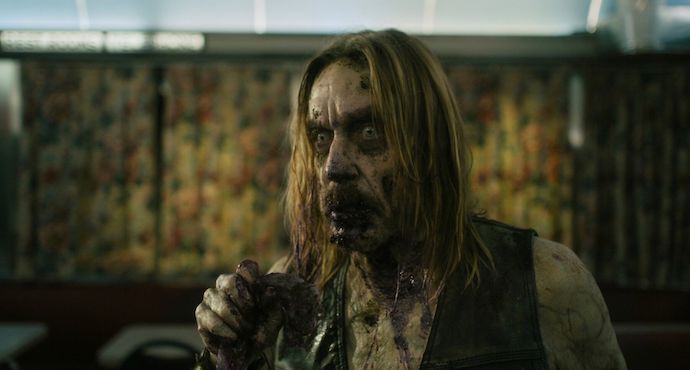 still from The Dead Don’t Die

The lens (or portal) we are developing, through which we read albums as literature, does not directly correlate to the ways we might read other forms of literature. So, for example, genre theory might help us consider how gothic fiction represents the other as literary monster, as Jack Halberstam does with Mary Shelley’s Frankenstein in the fantastic Skin Shows. And we can do that thinking while remaining skeptical (and critical) of the ways genre is compartmentalized, and so-called fantasy, science fiction, or horror films & novels[1] are marginalized while we celebrate the artistry of so-called serious drama and liberal messaging. We can recognize the ways marginalized forms lend themselves to queer or radical interpretation in part because they defy expectations, behavioral norms, accepted representations of race, gender, and sexuality, as they challenge ideas about what is real, realism, and reality. The outer genres are monsters that make monsters of us. Meanwhile, like popular genre fiction, these forms encode (and sometimes transmute, though we might have a heavy critical/interpretive hand in it) our anxieties, some of which make us overly cautious (even as these works might caution us against our conservative impulses). Like Victor Frankenstein freaking out at the thought of a mate for his monster, we panic at the thought that genre will hyper-proliferate and turn on us.

We can’t defend the politics of Fantasy Island, where white people’s dreams of entitlement were entertained for invisible cash while brown people welcomed them with barely a side eye,[2] but watching that show at my Grandma’s house while we ate toast and drank coffee with tons of milk & sugar helped me become a writer who draws on different realms. I learned to watch & listen & be with others, to love someone in relation to pop culture that was less important to me than they were. That my Grandma always had a familiar to teach me not to waste energy fidgeting too much[3] was part of my training.

We do not wish to merely transpose literary & cultural theory from one realm of art to another as we consider albums as literature. But this portal does allow us to think about what science fiction, fantasy, and horror genre albums might look & sound like. We approached this in a Book Album Book feature on Us,[4] and Janky Materiality[5] chapters on original soundtracks for Mandy, Hereditary, Arrival, and Stranger Things. Now we are going to (the) d(r)ive in with the cosmic fantasia of Shana Cleveland’s Night of the Worm Moon and the interdimensional creature feature Ex Hex album It’s Real. Hang on, we’ll be here til sunrise.

13 is the number of the witch.[6] It signifies luck (good & bad) & death, and witchcraft is aligned with these forces: omen, sign, and transformation.[7] 13 combines the magic numbers 1 (initiation, wholeness, prime) and 3 (synthesis, movement beyond binaries, 1 & 1 & 1[8]). In the Major Arcana of the Tarot, 13 is Death, the number of transformation. 1 is the Magician, maker & transmuter of forms, who draws out his will via the spell of spells: as above, so below. 3 is the Empress, mother of Earth, nature herself, receptive force who generates the world. Together, 1 & 3 make 4, the number of the Emperor in the Tarot[9] (a supernal cousin & collaborator of Death[10]). 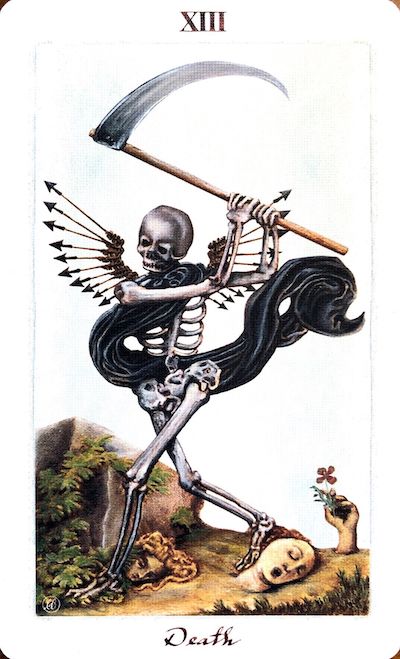 13 is related to the blues form both in its associations with luck & death, and the AAB structure of the blues, where a line is repeated twice (AA) and a third line comes as synthesis (B). The alchemy of this blues form is 1+1=3, where two of the same thing are combined to create something new, something else, something that could not have formed until the first line was repeated. This is recipe, incantation, formula, and spell for transmuting the spirit. In repetition, through will, there is change. This is magic, and it takes place through linguistic manipulation: along the line of signification—as above, so below.

We explored the power of such musical spellcasting in Trouble Songs. Our investigation began when we noticed the word trouble repeated in sometimes peculiar ways in contemporary music that suggests a deeper, older lyrical tradition. Whenever I listened to the Silver Jews song “Trains Across the Sea,” I marveled at the way Troubles, no troubles, on the line offered something only to immediately take it away, while somehow also placing it on the line, in the song and in the world and at stake, even if the stakes in that song did not seem particularly high. When Chan Marshall sang an old line, I must be one of the devil’s daughters, she was not resigning herself to someone else’s terms (when people see me they scandalize my name), but casting herself—I must be is aspirational, and the song is a spell of transformation. Later, when she sings I’m gonna drown in that troubled water, the singer is past caring about her scandalized name: she’s going down to meet the devil and be liberated.

We began to notice the word’s appearance, and its manner of appearance—the ways “trouble” did and did not signify something specific in the singer’s (and audience’s) world. We found that trouble proliferated in contemporary music, but grew mysterious & profound in the history of song. Trouble began to feel like a portal between now & then, here & there. And that sense of trouble referring to something real & present, immaterial & beyond reach, bound to arrive at any time but perhaps forestalled in the moment of song, felt as though a dangerous protection spell were being cast. The danger is that the song will end and trouble will have been called, even if the call held it temporarily at bay by transmuting real trouble into “trouble”: a linguistic maneuver and, perhaps, a ritual enactment between singer & audience. An anti-summoning that cannot possibly hold, though the song could be repeated, perhaps by other singers, and those who heard the song would again be temporarily spelled from trouble. Still, when the song is over, trouble might remain, now doubled & more by linguistic (and ritual) means.

And if you sing a song well enough, it will follow you to your grave.

Trouble, trouble, I’ve had it all my days

Trouble, trouble, I’ve had it all my days

This is a staging and an enactment: invocation, ritual, and perhaps a protection spell for the downhearted. We return to these lines as we reach the end of a cycle in Book Album Book, as we ask ourselves again what lyrics do (to us). In these lines from “Downhearted Blues,” trouble is acknowledged & addressed. The lines could be sung to trouble, in trouble. Maybe the singer will take trouble with her, but we know in our hearts it will come for us too. It will meet us at our grave, even as it follows the singer down the line. It’s there in the song. It’s right behind me, four words back. 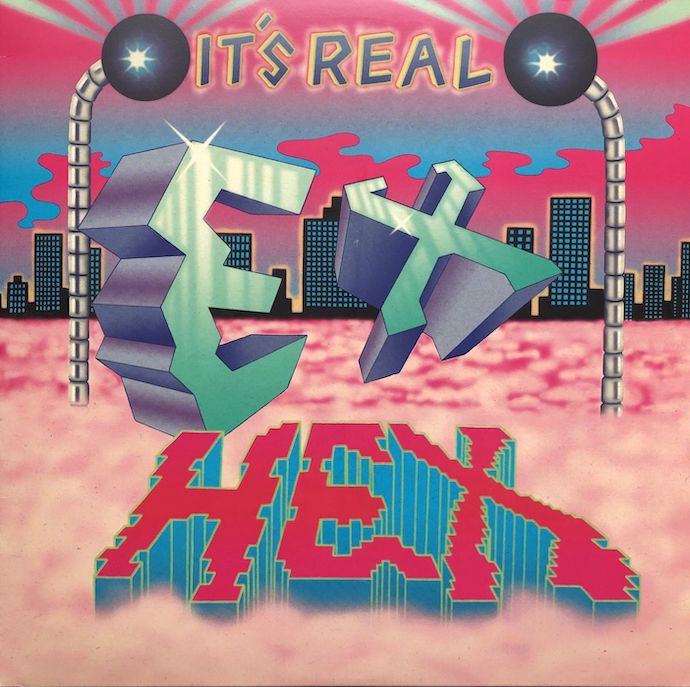 An album, too, can be a summoning, a ritual enactment. As a collection of spells, it can bring a strange world into being, and can bring strange beings into the world. It can bring on the Night of the Worm Moon and insist It’s Real. Where the former sets the mood for a lunar ritual where the veil thins and we can pass backward & forward in time, the latter makes out with monsters and dances in the eternal parking lot of our fearsome dreams.

Jalal Toufic says he wrote (Vampires) for the undead, to give them their reflection the way film does but mirrors do not. Meanwhile, he addresses us as the not-yet-dead. He claims that he ”died before dying in 1989 in Evanston, Illinois.”[11] Literature and other art might not always address us as dead or otherwise absent, but artists with anything at stake know their lives are on the line. Eventually, they might leave it behind. Better resignation than holding on too long. You might not miss me, but hang on to this.

We put things down so we can move on. We bring devourers of the world into the world so that it might be digested & transformed. In Philadelphia we praise Gritty as chaos demon and destroyer of worlds because Gritty has come for us all, and we know that whether we eat or are eaten, we will wake up on the other side. We need to be open to everything, we need to rest, and we need to wake the fuck up. 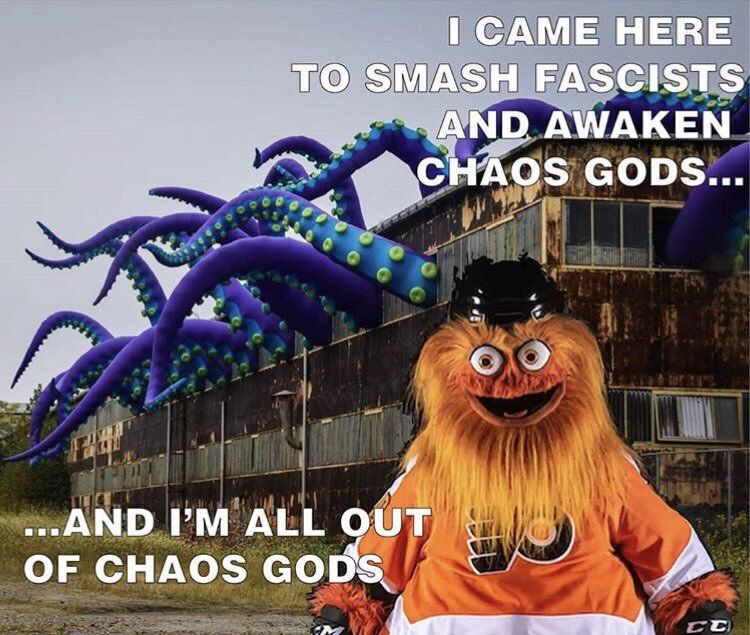 Let’s be the soulful demons of Buffy rather than the mall-bound zombies trapped in Dawn of the Dead. In the 13th hour of Book Album Book, we are howling along with the music, calling you (back) to it rather than dissecting it. We listen while we write, and want to be here with you, just as we always have, all the way back to when we first realized we just want to listen to records & sing along, with whatever voices we can summon.

Here comes morning. Hide your undead. Meet you back here at dusk. 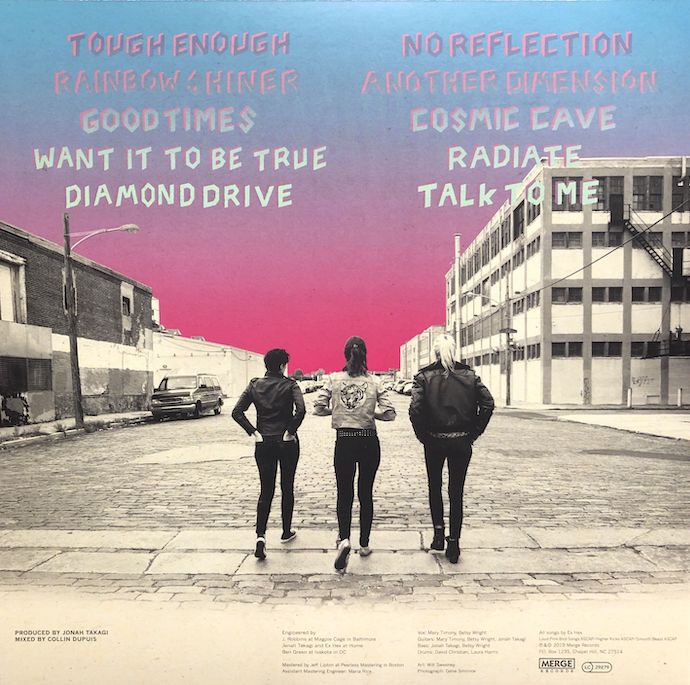 [1] With thanks as always to dream editor Blake Butler, we use the ampersand in this piece to distinguish ligatured terms from grammatical conjunctions.

[2] though I learned something in advance about criticality and the undercommons from the looks Mr. Roarke and Tattoo gave each other when people were grinning desperately through their ignorance

[3] shout out to Patches, the first cat I loved, who curled up in my lap and fucked me up when I got antsy

[4] Meanwhile monsters, folklore, myth, and fantastical beings have passed through features on the Hermit and the Recluse album Orpheus vs. the Sirens (Part 8), Guilty Pleasures (Part 5), and the La Luz album Floating Features (Part 3), which will bring us full circle in a moment, when we visit La Luz frontwoman Shana Cleveland’s solo album.

[5] As mentioned in the previous installment, Janky Materiality is a manuscript in progress into which these Book Album Book pieces are being folded.

[6] Thanks go out to Pam Grossman, whose ideas about the relationship between witchcraft & art practice have informed Book Album Book in general, and this section in particular. Her omnivorously attentive & inspiring The Witch Wave podcast is essential listening, and her book Waking the Witch, which borrows its title from the song-as-film Kate Bush track, is highly recommended.

[7] That these are linguistic matters becomes apparent as we intone a spell.

[9] Thanks to Sarah Faith Gottesdiener and Amanda Yates Garcia, the Oracle of Los Angeles, who remind us in the Death episode of their essential Strange Magic Podcast that there is a numerological affinity between Death and The Emperor.

[10] along with sleep, per Nas in “N.Y. State of Mind”—perhaps the Emperor also never sleeps, or perhaps he always sleeps

[11] We refer you to his virtuosic and extended-technique bio, from which you can find a link to pdfs of (Vampires) and other gems like its companion volume (written for the living), Distracted.