Part 9, in which we stretch out. Previous installments can be found here. Read in any order. 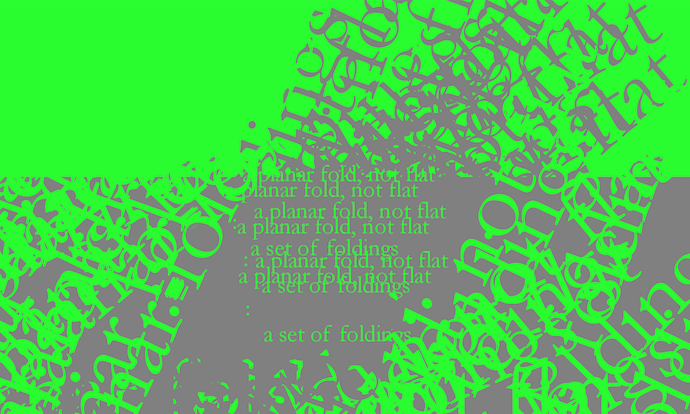 Nine is the number of completion. At 10, we are ready for what’s next, even as we feel a sense of mastery (if not home) in where we are.[1] An album is a record, as a record is an album, and each is a postcard that might never arrive, or might only be late, on its own time. The purpose of the message might have changed, as has the message itself. This is a matter of time, but also of being, self, and place.

Kaitlyn Aurelia Smith recorded Tides in 2013, occasional music commissioned to accompany her mother’s yoga teaching practice. We can imagine it, then, as a love letter to her mother, and to Smith’s own emergent practice on the Buchla synthesizer. Like Sarah Dailey Smith’s students, we in turn share the offering, nine Tides in sequence—“Tides I” through “Tides IX.” These are names as much as they are functional labels, marking the flows of the album. Whereas other instrumental music might have titles that give us language to consider with sounds,[2] these tracks are provisionally named. That is to say they are distinguished from one another, but language is not allowed to further shade the music, except in that these are tides, and they evoke Roman numbering and progression, a sense of depth, color and shape as suggested by the cover art. 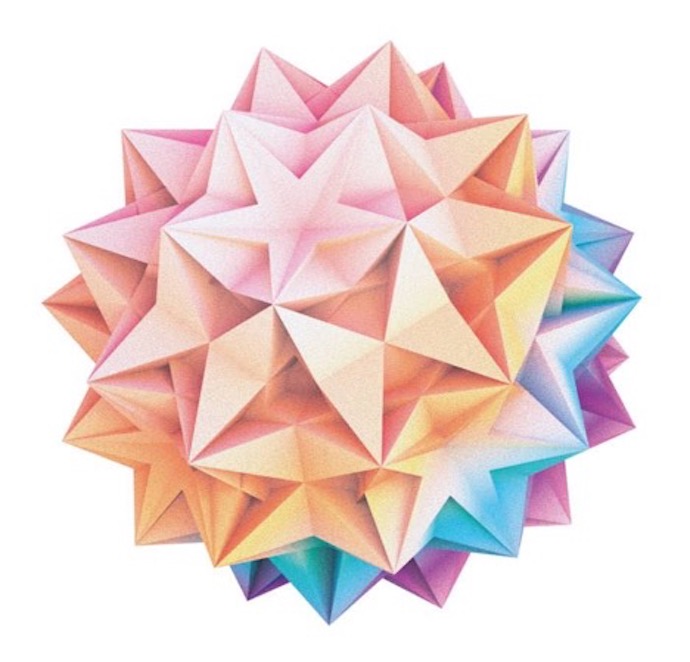 But we have much to work with, in the preface that attends the record, and the relative prominence of each material detail. We do not need to attend these details to appreciate the music, but we might do so if we are to consider Tides: Music for Meditation and Yoga as literature. Each bit of language and imagery is as crucial as any sound we hear, just as the duration of each track, and its related notations, are material to our reading of the album. As are the numbers 2013, 2018, and 2019—the date of recording, the copyright, and the January 11 release date.

That’s 01/11/19, two sets of two-digit numbers framing a master number, 11. A master number, according to Tarot teacher Lindsay Mack, is a number of repeating digits (11, 22, 33, etc.) that embeds a recurrent experience from which we are invited to draw insight. Master numbers call our attention: we are repeating this lesson for a reason. Listen up. So with track 2, “Tides II,” even in roman numerals. So with track 4, “Tides IV,” that runs 6:44, and track 9, “Tides IX,” which runs 5:52. We are called here to focus on the mind itself, as it pervades the body.

There are meaningful distinctions to be made, then, in the album notation, even before we turn our attention to its sounds. That meaning is potential, and contingent not only on the process of setting up, arranging, recording, naming, sequencing, etc. (what we might call the extended musical situation, playing off electronic music scholar Allen Strange’s terminology), but it is contingent upon individual and sum-total listening experiences that contribute to the music event (again, after Strange).[3] It may seem like a reach to consider all of those experiences as integral to or even manifesting in any individual listening experience (though we do not hesitate to do so), but we can also consider the more (if not entirely) immediate idea that an individual’s individual listening experiences accrue and inflect one another (even if you don’t join us in believing that this works both forward and backward in time—or, we might say, forward in all directions).[4] 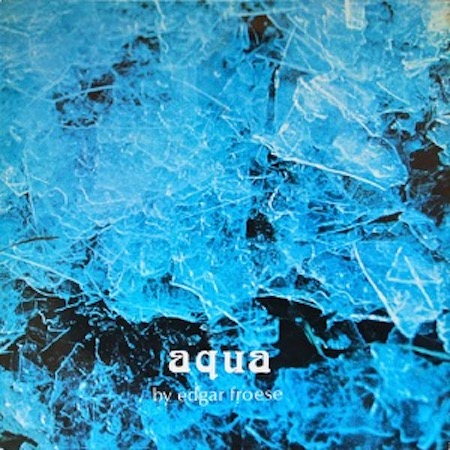 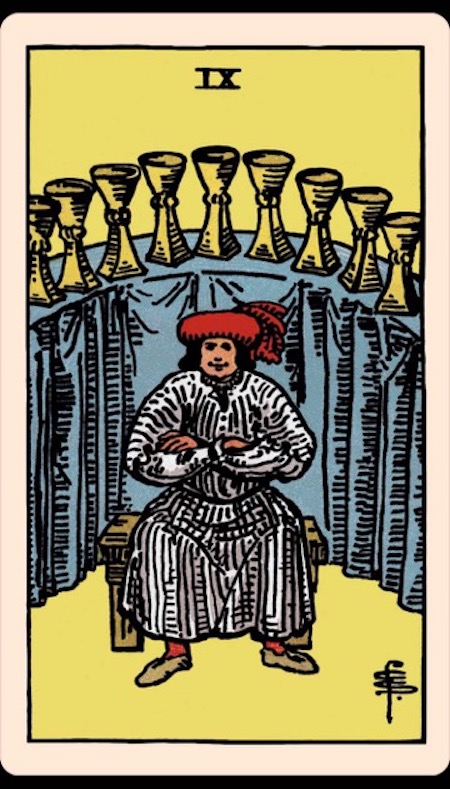 Tides bring us to water, and in the Smith-Waite Tarot deck, water corresponds to Cups. The IX of Cups card depicts a person sitting with crossed arms and spread legs (leaving room for cats), wearing a red hat that indicates knowledge (and flair),[5] before a high table draped with a blue sheet holding up nine gold cups. It is an image of plenty, of fullness, of arrival and accomplishment and satisfaction, and perhaps the onset of the onset of complacency, which will bring us to X, and the itch to move on with what we have learned during the journey through this suit.[6] The tunic is white, the socks are red, the shoes are brown, the background, above and below the draped table, is yellow. Hatching shadows abound on tunic, sheet, hat, and cups. The bench is draped in tunic, appearing to add a third and fourth leg to the seated figure. Everything is stable, ready to be knocked down. When we leave the X of Cups, we will enter the court of Cups. The X card will be a parabolic array of cups in the sky, traced by the free arms of an arm-in-arm couple next to a couple of maniacally dancing children who recall nothing if not the Black Phillip besotted babies of the 2015 film The Witch.

The poet Erín Moure describes her concept of the jewel as a “set of foldings” in language, “a knotted space made out of the world” that includes the sense of sound,[7] and a linguistic slippage in the poetic function of language that resists ideological conformity in discourse, and recalls the literal slippage that bears us all into the world from our mothers’ wombs. So the jewel image on the cover of Smith’s album evokes a sense of planar and multidimensional (or multi-planar) reality, and a sense of spatiality that sound (and music) can convey. Music may fill a space, and it may create a space. It can also do both at the same time, manifesting a multidimensional experience of embodied reality. We move through the space within that space as we listen to music in any environment. Layered (and folded) into this sensibility is the space of the mind, which resides in and around the body in space. So, in listening to music in a room, for example, we enfold mind, body, musical body, and physical environment. A room might confine, but in this sense of multidimensional folding, these layered spaces form a jewel in which we are not so much encased as embodied, and transformed.

And this is where music as sound corresponds with the aural dimensions of language. Instrumental music can express moods, tones, colors—affective registers into which we are absorbed and drawn in.[8]

In this multifaceted sense of the jewel, we think as well of how Liz Harris, in her music under the name Grouper, and on her breathtaking 2019 album under the name Nivhek, After its own death / Walking in a spiral towards the house, layers and folds[9] her voice into the resonating instrumentation, so that her voice echoes through the other sound textures (including surface or gateway noise, studio environmental passages like creaking doors and hallway crosstalk), and her lyrics often play as open, sustained sounds rather than words, even while the emotional registers, tones, and themes (longing, disappointment, pleasure, the uncanny, imminence and immanence, foreboding, doom, recuperation, alienation, belonging, transcendence) are both nuanced and pronounced. As with the music of Moses Sumney, La Luz, and Cat Power, the warm, palimpsestic nature of Harris’ music gives a sense of singing with (and producing) several selves, of being both in harmony and at odds with oneself, moment to moment and day to year. 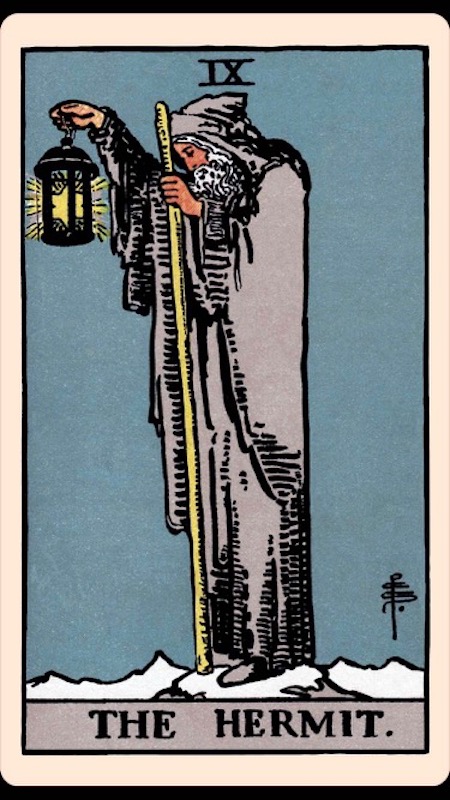 Like the Fool’s Journey, an album can be experienced in any order, just as it can be looped. Tides reminds us of the album’s potentially infinite loop by beginning and ending with birds and synths calling each to each. So the start of “Tides I” meets the end of “Tides IX,” and we are reminded of the I that stands before the X, and brings us to completion, if not conclusion.

[1] And we are suspicious of mastery, and critical of our feelings around it, both in the sense of process orientation that can be crucial to critical and artistic practice, and in terms of the questionable metaphor of mastery (which always implies domination and servitude).

[3] For Strange, in talking about modular synths, the situation relates to equipment and settings, and the event is the only partially predictable (and largely unreproducible) music produced under those calibrated conditions. (Electronic Music, 1972)

[4] After all, if the memory of a particular listening experience may be inflected by later listening, why wait to be influenced? Perhaps any listening experience can be a portal to future (as well as past) listening, if we can anticipate, and even go there, via sound. We know the tides will come in and the tides will go out, even if we don’t know exactly what they will take or bring. We can look at the water (and whatever it accompanies and contains), but we can listen to it, as well. See/hear edgar froese, aqua (1974).

[5] and recalls the red headdress of the Page of Pentacles, which suggests strong will and contemplative scholarship

[6] Cups are associated with emotion and flow, with compassion and empathy, with feeling one’s feelings and making room for others to do so as well. By the time we make it through the Court to the King of Cups, we are not only feeling ourselves, we’re feeling everyone. That Cup is bottomless, and we can go so deep in it that we end up in a dark place for which we’ll need to bring the light we’ve gathered along the way. Which is to say we can hold the light and the dark together, and do not need to privilege either (which is one of the Fool’s lessons along his Journey).*

*The Tarot is known as The Fool’s Journey, and includes the lessons of each card in both the Major and Minor Arcana. Everybody plays the Fool, but they also play the Empress, the Knights, that poor fucker lying on their face with ten swords in their back, etc.

[7] “Sound is sense, a truer sense, undercutting surface commerce and ideology,” Moure asserts in her poetics essay, “The Anti-Anæsthetic.”

[8] We say both absorbed and drawn in, in order to reincorporate the visual (via the cover jewel of Tides) into aural sensation, whereas Moure pointedly de-emphasizes the visual regime in her essay, in order to disrupt the objectifying gaze and get us to see the sense of sound. Without that move, we couldn’t get where we’re trying to go.

[9] The album itself is a gatefold of the double title, which enfolds four tracks, two that carry each name, distinguished by side names (e.g., “After its own death: Side B”), in a way that echoes the naming protocol of Smith’s Tides.