Body Map: Caring For Your Rape 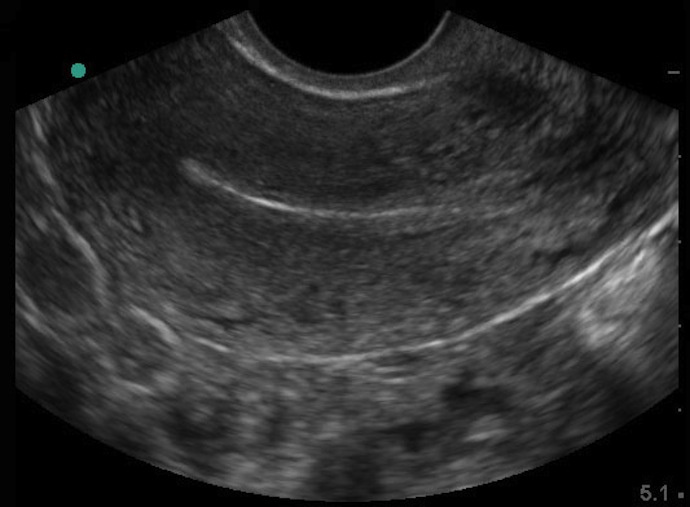 1.  Acknowledge it. Especially if the police or lawyers call.
2.  Feed it, but not too much. Avoid proteins.
3.  Embrace it. Personify it if you have to. Pretend it is a baby instead of a weapon.
4.  Ease it to sleep. Soothe it. Teach it how to find its own thumb in the middle of the night.
5.  Prepare yourself for the moment it cuts teeth.
6.  Encourage it to become independent. One day, it may move far away, only visit on holidays and anniversaries.
7.  Don’t leave it to sleep in a box under the bed. The racket it will make will keep you from the rest you need.
8.  Clip any related articles in case you ever decide to put together a scrapbook. Once the papers stop writing about you, begin collecting other people’s stories. Keep manila envelopes and pocket folders full of news. Think, We’re famous! Then, We’re anonymous.
9.  Remind yourself how lucky you were to have been shown a knife but never cut.
10.  Forget it once, then hate yourself for days.
11.  Drink.
12.  Sleep.
13.  Wear it like a suit; strip it off like duct tape.

The kick itself
didn’t surprise me –
I knew that I had been
transformed, but
she was kicking too early,
almost right away.
Maybe it was my heart,
sunk into my gut, beating
and beating and
beating hard.

I carried her for much longer than nine months,
but I barely showed. No one threw me a shower with
sherbet punch and petit fours. No presents or

advice from other mothers: Impose a strict sleep schedule early.
You cannot spoil an infant. Cloth diapers make you stronger.
Keep the hair you shed in a pillowcase and sleep on it to dream
of your baby’s future.

I didn’t register in preparation; no one knew
what to give me. I got flowers and the summer off from work,
new pajamas and body lotion.

But I didn’t have to send out thank-yous. I just lay low
until she was born. Then she was outside of me
and I could look at her perfect head and fingers.

My girlfriends already had children — two and almost two
when my baby happened. They were fun. They painted themselves
silver to the elbows with nail polish while I babysat.

I thought, what a shame that my baby
is vapor and history; is ache, dream, lightning,
radio static, copy sweat, crotch blood.

Those other children are thirteen and almost thirteen now.
My baby gets old but doesn’t grow. My baby will die with me. My baby
is a stack of ER bills and police reports and subpoenas.

My baby taught me how to spell subpoena.

If the night weren’t so long ago,
I’d maybe even remember
the smell of my damp room
and my sweat and the sweat
of a stranger.

My Gabriel came to me in my chamber,
woke me from sleep. I was chosen
among women, and mine
was the sacred womb.

He came to me and broke down my door.
He found me blinking at 1:37.
But, I said, he made a mistake–
he was in the wrong home.

My Gabriel told me that everything
would be different now —
that I carried more than myself.
In an instant, I
multiplied.

We both needed minding
initially.  Neither could be
left alone with the other.

She’d cry, but all
I could think to do
was cry myself.

Again, she woke me up. I told her
go back to sleep, but she
cried more and more loudly –

her voice is a saw that is too dull to work,
but too sharp to sing. She stuck
her hands in her mouth when I said

Shhhhhhh. She flipped her eyelids out when
I said, Look, this isn’t for you to cry about.
She held her breath when I said,
Please just slow down.

She’s just a little thing – she makes me feel fat
looking at her, just smelling
the dust on her skin.

A feather’s toy. A lump of sugar
dissolving on my tongue. How much
joy do I miss when I knot up

all the threads and
hide inside my own
swollen belly?

A great compass
has pinned me.

I am skewered in place
and she spins, pulls me

slant around the world,
but the alternative is worse:

the center of my flat universe.

As far away as I reach,

only spinning
around her.

My legs were mountains and bridges;
my back was a saddle. I gave her all the dolls
I had played with as a little girl, but
she only wanted to play with me.

She laid them to sleep on their stomachs
in even rows on the floor. I turned them over
to their backs, the ones with eyelids blinked,
then slept again.

She was jealous and cried when I kissed a man,
when I held a doll, when I laughed.

When it turns out that
I can’t be trusted to care for her,
she practices her look of fear.

We negotiate:  if you don’t
throw yourself into the penny fountain
at the mall, you’ll get an ice cream;

if you don’t tell strangers
that I hurt you, you can stay up
to watch a scary movie.

I buy silence with sugar
and docility with toys.

I do all the things
the mothering books
tell me not to do.

One year for Christmas, she gave me
a necklace made of macaroni. I wore it everywhere
until the yarn frayed, sometime after summer.
I kept the noodles in a jar on my dresser.

For a birthday, she gave me a pair of earrings
that she bought with her allowance.  I lost one of them
but hung the other on fishing line from my rear-view mirror.

On Mother’s Day, she pulled up all the dandelions
from our yard and made a crown for me to wear. I wore it
for about an hour, took it off when she was distracted.

One night, she comes down for dinner and asks
where was my crown of dandelions? In a zip-loc bag,
I tell her, in the freezer. Though I didn’t want to wear it,

I couldn’t throw it away. She stomps and cries,
tells me I don’t love her because I won’t wear her gifts.

I cry, too, because I feel so badly.

I restring my macaroni, put in the single earring, and
return the dandelion crown to my head.

she went rigid in my arms. Her body
hotted up like coils on an electric stove.
I held her near the font,

the cloth of my dress
smoking, the skin
seared from the inside of my arms,
from the shoulder over which
she gazed at our family.

The oil sizzled
on her head. The water
steamed.

The priest kept it up,
pretending not to notice the way

before him, God, and all assembled:  now

I held her still until she slept:
damp, mottled, unloved.

She went to school eventually
and the other kids just looked
once and knew that her empty
eyes and hollow mouth would
be no fun at recess.

I’m afraid of what she might do
to another baby – a brother or a sister.

usually laughed about in adulthood
when both siblings have survived.

I tried to send her back,
thought the mailman would take her
if I left her on the porch.

I walked him to the park and
asked the grownups there to take him,
that we didn’t want him.

When my parents weren’t looking, I stuffed her
into a shoebox and shoved it under my bed. They panicked
for a few minutes, then heard her cry.

Maybe her jealousy is too dear a price
to pay for another baby.

I don’t think she
makes many mistakes.

I was not prepared for her appetite.
The small mouth had been fed rejection
and still had room for seconds.

I became a banquet: she took every part of me
as sustenance. I was a carvery carcass.

When I went cold, she made sandwiches of me
on white bread with cranberry sauce and mayonnaise.

She feasted until she grew full and tired,

Soon, bones were all I had for her, so she filled a pot
and boiled me up with onion and carrot and celery.
I bubbled while she stirred.

The bones she left to dry on the windowsill, and when
they were brittle, she broke them and crushed them

with a mortar and pestle.
The powder she mixed with flour

and baked a loaf of bread for every day
that she remembered, which was most days.

On the days that she forgot, she starved
and was quiet about it.  She wondered

at the ache in her belly and I
wondered at the fullness of mine.