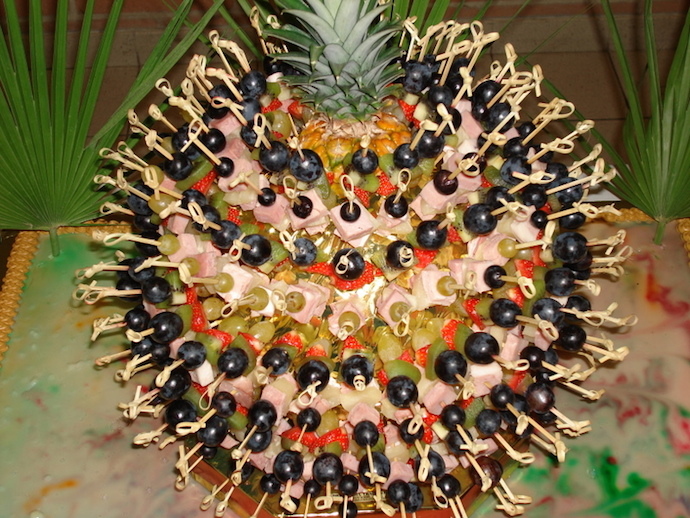 I’ve always been a frugal person. I was raised that way. My parents never offered more than what was needed to survive—frozen dinners, spaghetti with canned tomato sauce, turkey sandwiches on Whiteweat bread was common fare. My wife Cathy was also frugal. She prepared meager, cheap meals which nourished but did not satisfy.

A hunger began to grow inside me around my forty-third birthday. It felt like a sinkhole opened in my gut. It started small. I got second servings of dinner and ate what Cathy left on her plate. I began packing a second lunch to take to work. At O’ Charley’s one Friday night I asked for extra rolls, a rare steak, three side items and dessert. Cathy’s head snapped back and her eyes widened. I smiled at her. For the rest of the meal we were silent except our sounds of chewing and swallowing, the clank and scrape of the silverware on the plates. I ate every bite of food I ordered. Cathy said I was gluttonous. I  smiled at her again.

I began stealing food from my co-workers’ lunches, ignoring labels and expiration dates. Two or three bags full of fast food after a full breakfast and I was still hungry. Multiple times each night I’d get up from bed to snack. I’d eat entire jars of olives, full bags of potato chips, pints of ice cream, loaves of bread, bottles of mustard, cans of tuna—anything and everything I could fit in my mouth until my stomach was filled to the brim. This went on for weeks. Cathy asked if my pants felt snug. I told her I needed to exercise, that I’d been eating junk food for lunch at work. I asked her, wasn’t it normal to pack on pounds during the summer? I think that’s the winter, she said. I could feel the pant legs squeezing my thighs. My ass choking on the seat seam of my khakis. The buttons on my shirts were strained to the limits the tiny threads holding them in place would allow. The new fat on my feet pushed the leather far over the soles. I had to buy a new belt.

Then I found what I needed.

The dominatrix’s name was Shart. I was put off at first by her name, but after seeing the way she wore her knee high combat boots and adult diaper, I knew she could call herself anything she wanted. She had pony tailed jet black hair, a strong chin and wore contact lenses that made her eyes red. My erection, though, didn’t jump at the sight of her. I was most interested in that squeaky cart she brought with her into the candle lit room. After using my tie to clasp my hands behind my back and my belt to bind my feet together, she’d wheel it in, steam blossoming from the covered serving trays.

I paid for fifteen minutes of food being slopped together and mashed into my mouth with her bare hands. The food, a mixture of hot and cold, savory and sweet, crispy and soft was always a surprise. Shart must have wanted to be a chef at some point because her cooking was impeccable. The menu changed each time and there were never fewer than eight dishes. It was difficult to taste particular flavors with all of it crammed into my mouth, but sometimes I picked up on a hint of dill, a dash of cumin, a sprinkle of basil or a pinch of cardamom.

I started out going once a week, then three times, then six times. I gained ten pounds in a month and a half.

I wondered what would Cathy think if I told her. I practiced telling her, chose the words I’d use, the tone of voice. I imagined the way her tears would make her heavy eye liner streak down her face. I figured she’d be disgusted and leave me. She’d tell her sister, then her sister would tell our friends and our friends would tell everyone in the neighborhood and the Wilshire Country Club. So much drama. The news would travel through town, get to my boss. I’d lose my job. I told myself everything would be fine. People have kept worse secrets for longer.

One day at work I read an article online about the dropping cost of jet fuel. On one of the side bars there was a Ruby Tuesday ad that showed a steak, topped with a lobster tail. My mouth started to quiver and I shifted in my seat. For thirty minutes I clicked through pictures of beefaroni, potato salad, green beans, pot roast, cherry cobbler, shredded pork and pumpkin pie. I ate a little salad and accidentally dripped some of the dressing onto my shirt. I rubbed the spot of dressing and licked my finger. I picked up the phone.

I left work a little early and drove to Shart’s parlor. Every set of eyes looking through sun stained windshields seemed to be pointed at me, judging me for my weakness. I checked my mirrors in rotation—left rear view, right rear view, center rear view—for cars I recognized, people who knew me. Strangers’ faces morphed into Cathy’s or my co-workers’ or my daughter’s. I kept looking at my phone, expecting to see a text from Cathy, Where are you? I called your office and you’re not there. But there was no message. There was nothing to stop me except for myself. Half a dozen times I picked a parking lot or drive way to turn around in and go back to work with the promise I made to myself unbroken, but I continued on every time. The fizzy feeling of anticipation and excitement grew in my gut. I almost ran a stop sign. I almost killed a pedestrian.

I parked in the back of the building by the dumpsters and stared at the beige cinder block wall. It was 5:12, almost time for my session. Lightening strikes of guilt made me stop and think. I’m leaving, I said to myself and put the car in reverse, but didn’t press the gas peddle. GO, I scolded. Still no movement. Instead I breathed deeply, put the car in park, pulled the key out and closed the door behind me. I went through the back entrance, something I thought I’d never do again. It felt like the first time.

Just as I reached for the door handle, I stopped myself, thinking I can still leave, I can keep my resolution intact. But grabbing that resolution by the neck and choking it out, stomping into the ground and going inside to Shart’s world made me feel hollow in a good way, like every gust of wind, every just born star, every drop of water from every river and lake and ocean could flow through me. Going forward with this experience made me feel open to everything alive and possible in the world.

I undressed in parlor and left my clothes in a neatly folded pile on the pleather couch in the corner. I sat in the chair in the center of the room, Shart stepped in and I was ceremoniously tied up. Then came the food. My blood gushed under my skin. My chest was filled with light, fast breaths. From my belly button to my knees, I felt a tingle. My dick swelled.

I’d learned to stay calm when my mouth was full, to breathe through my nose, to not try to swallow it all. Grease, sauce, chunks spilled down my neck, into my chest hair and pooled between my legs. This was a new baptism, the indulgence I’d always been refused by the buildings and houses that bleed bank statements, utility bills, invoices, budgets, overdue notices, laws, rules, customs, expectations and judgements. It was all too much to navigate. But my time with Shart felt pure, like the purging of some ancient animal inside me—was probably inside of everyone—that could never be revealed.

From the trays she grabbed handfuls of lasagna, grits, butterscotch pudding, fried okra, mashed potatoes, Spanish rice and apple pie. She started slowly, letting me try each item separately. Then started moving faster, pushing her hands deeper into the trays and forcing them deeper into my mouth. My saliva stuck to her fingers and mixed with the food. I began to sweat. Her lips, which I could barely see in the dim light, twitched slightly. I wanted to eat them off her face. Opera music, a deep sorrowful and powerful female voice, accompanied by a simple tinkling piano—something I’d heard on the radio earlier that day—played in my head. My feet wiggled, my hands clenched.

Do you like choking on my food? She asked me in a playful, singsongy tone.

I nodded, unable to speak.

You’re my hungry little bitch aren’t you? I groaned out loud, closed my eyes and nodded again.

The world doesn’t give you what you want does it? She asked with a teasing pout.

I shook my head and swallowed down some spicy chili.

She pulled my hair back and said in angrily, But I do, don’t I?

I nodded again and pieces of apple pie toppled to the floor. My feet and hands fought against their bindings, but stayed tightly tied. Tears came to my eyes and I felt like I was lifting off the ground. Inside my chest there was an orgasm like explosion and I thought I might be evaporating.

Shart straddled me and licked my face from chin to temple. It was the first time any part of her other than her hands touched me. I felt the back of her thigh press against my erection, then she stood up, went to the corner, grabbed a towel, placed it over my shoulders, quickly undid the knot around my wrists and unbuckled the belt around my feet. She walked behind me, leaned into my ear and whispered, Next time, come with a fucking appetite, then walked out of the room.

I rubbed the towel down my arms, chest and legs and used the pack of baby wipes on the end table near the couch to clean the stickiness off my skin. I put the cash I owed Shart into the enveloped on the table and got dressed. When I got back in the car I saw I had a missed call from Cathy. It as 5:32. I called her back and she sounded cheery when she picked up the phone. I was just wondering what you wanted for dinner tonight, she said.

Oh, whatever you want. I said. I’m not really hungry.

Scott Daughtridge is the author of I Hope Something Good Happens (Lame House Press). Most recently his work has appeared in Midwestern Gothic, CHEAP POP, Dogzplot, Curbside Splendor, Necessary Fiction, Matchbook and other places. You can find him online at www.notmuchisreallysacred.com.