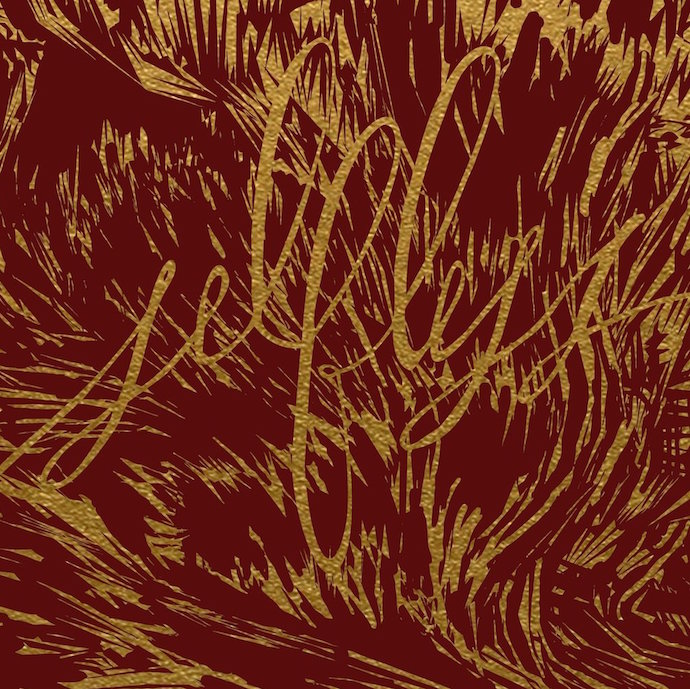 Zoe Dzunko’s Selfless is a text that desires the possibility of self-definition. As a collection, it is dense to read and emotional to process, and there’s no manifesto of a title poem hidden inside to guide you through the collection. Instead, there are several taut threads to follow like the fibers of a muscle: feelings of deep unsettledness in one’s own body; feelings of growing up and growing older; feelings of a marriage in dissolution a long time coming. Each thread ties back to the title, the book’s skeleton.

At first, “Selfless” reads as the generosity that selflessness requires: when a body is selfless, it gives away everything, including itself. The selfless body asks to never be cruel to anything beyond its own borders. There is plenty of giving away of the self in this chapbook, for the sake of the other: it happens in the world, in the bedroom, in the mirror. “Each time / you rebuff me I grow a little / more resilient,” says the narrator in the book’s second poem, finding the ability to spring back into shape from the act of giving away the self. Then, later in the same poem, a question: “What is the newest / thing that has not yet / hurt anything else.” In this way, the book’s selflessness is a deep want for the renewal of innocence. It is very nearly a virtue. It is an annihilating generosity.

But selflessness quickly comes to mean a loss of identity. There’s something of an origin story in one of the collection’s best poems, “Apostate,” which recalls a rift between the younger self and the present-day self at a moment of serious bodily peril. An apostate is someone who renounces a belief, and in the poem’s timeline, the younger self dabbles with faith, spending her days “combing flat the fibers of devotion” even as other teenagers are out doing what teenagers do. Yet despite this devotional offering (itself a kind of selflessness) the younger self comes to a moment of crisis, because when you are a young girl the shitty world always intervenes:

This is the moment that created a rift in the timeline of the narrator. After seeing the “pitted face,” with its “sneer,” the young girl can remain in one piece no longer. Her body and her mind separate, and the two pieces have different destinations. Instead of a young girl with a linear trajectory, there is a body that walks the world as an object, always trying to be the perfect object. And there is the ghost that lives inside of it, feeling unseen and craving understanding. Many of the collection’s subsequent poems deal with this obsession around perfecting the physical form and sharpening its edges to clear view.

One poem begins “If I told you every day I am not a flower / I die a little, would you believe me?” These lines remind me of Han Kang’s magnificent, horrifying novel The Vegetarian. In Han’s book, a principal character effectively decides to become a plant. She first renounces all animal products, and then later all food, spending her days doing handstands in an attempt to root her palms into the ground. Her book-length refusal to eat and her total rejection of the animal need to feed her body are decisive, autonomous actions surrounding her body, which is otherwise at the control of her family, her husband, and others who surround her. This autonomy is also true of female medieval saints and their practice of anorexia-as-miracle — if you are the site of a divine transformation, your responsibilities to the fleshly world cease to be important. In its harsh treatment of the body and the way it talks about reducing need for food and consumption (“It takes years of trying to imagine / Milky tea as a proper meal”), Dzunko’s text speaks to the concept of transcending the body for something more beautiful: “I am hungry, I am making space / for the most tremendous sunset.”  Yet it is also rooted in the ephemeral act of (and alarming appeal of) beautification. Some of the book’s greatest moments of longing are about this: the everlasting search for the beauty tool that, like a Snapchat filter, “colours you hollow / as a hologram, brighter than birth.”

At 44 pages, the collection is long for a chapbook, as if it knew the limits but couldn’t help itself — it feels like a growing body. Many of the poems are also concerned with expansion. The apprehension about growth is one every tender person with a body that suddenly does not match expectation feels deeply. There is the young girl’s terror as she takes pre-emptive measures before anyone can witness her body expanding into unfamiliar directions:

Her gesture of inching belt loops up
And over her new hips pulling down
A sweater as far as it might travel
Without entirely exhausting
What little stretch it has left.

As a reader I feel empathy and embarrassment for this girl, because I vividly recall this exact gesture: at twelve years old I, too, yanked up the loops of my light wash K-Mart jeans, pulling them over my suddenly-big legs and past the widening bones of my pelvis. I was always alone when I dressed, and always chose the biggest shirt to cover my waist and hips and butt; it took far too long for anyone to realize I needed new jeans.

Dzunko’s use of the word “exhausting” in this stanza is meaningful, too. It applies to the sweater, but that’s the misdirection of the young girl: she does not want you to know her effort, but a sweater is not a human being, and it is actually the young girl who is exhausted all the time from trying to pre-empt every possible reaction someone may have to her. She wants to neutralize you, even if she can’t.

Dzunko is skilled at line breaks, and they give us some of the book’s most devastating moments — points where ordinary errands turn into fumblings toward the miraculous:

Shins against the floor of a Walgreens
hair care aisle, seeking sublime
and manageable lengths.

Here is the narrator kneeling in genuflection, taking the language of the shampoo bottle or the box of hair dye to heart.

Near the book’s end, the collection’s longest poem “Dry Flowers” diverges from the tidy stanzas and columnar shape of the others and sprawls across the page like someone trying to gather themselves together. It is a poem about a relationship’s long, dragged-out end, but also the poem most obviously about writing, and writing as an act of self-definition. Like the unnamed but omniscient narrator of Kate Zambreno’s Green Girl, the narrator of these poems toys with the idea of casting the self as the ingenue, a “fake girl playing a real girl over and over:”

She is self-aware about this, but still nothing changes by the end of the poem — there are no lessons. It’s not about the destination.

The only thing that won’t pass is the desire
to return to a dressing room full
of fragrant arrangements my life
starring me.

Through this collection, Dzunko’s narrator circles the idea of the self, desiring it deeply but not necessarily believing in her ability to get there. In the night, alone, she waits for her body to start like a fire, pulling out her eyelashes. In the day, under the sun, she adopts personae: the “voice of someone very hungry;” the gestures lifted from sex videos. Each one of these is a character: sometimes a child, sometimes a vamp, sometimes reminiscent of Sylvia Plath’s Esther, paralyzed before an abundance of choices, unable to proceed.