Between Body and Mind: An Interview with Meredith Alling 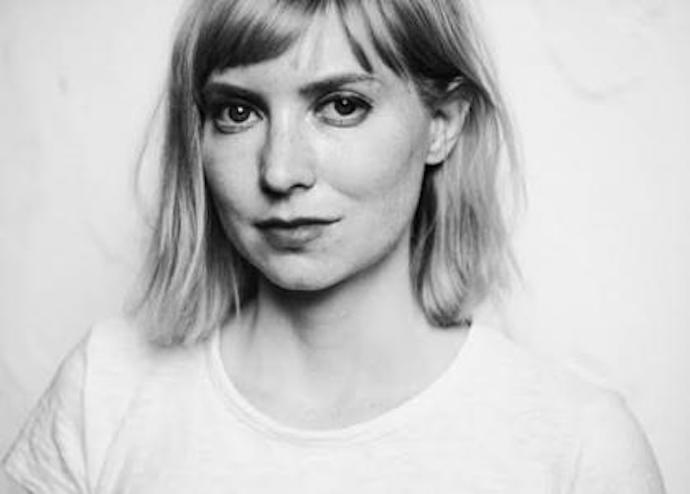 Sometimes you read a book that is so singular and unlike anything you’ve read before that you wonder what the hell you’re even in this rat race for. Meredith Alling’s Sing the Song was that book for me. Her prose will knock you over, offer up a few, swift kicks to the ribs, and then have a good chuckle about it.

The debut collection of mostly flash fiction is under 100 pages, but that number is deceptive, for within that concision, the author brings forth a gargantuan world. Her prose ice skates delicately and with great aesthetics on top of a devastated planet submerged underwater.

What struck me most while reading this book was that I was seeing a portrait of our surroundings that I never even knew was there in the first place. Meredith Alling insists that she is human, but her stories might be otherwise.

Where do these stories come from? Are you human? I feel like the characters in this collection don’t see the world like most people do. You’ve managed to show the reader something they probably didn’t realize exists right next to them.

There was a point in my childhood when I considered that I might be a visitor, but at this point I can safely say that I’m not. My body is really human. It does all of the classic human stuff. The stories come from my brain.

As someone who deals with anxiety, there was an inherent language palpable in these stories that I intrinsically understood. Does that make sense? Could you speak about anxiety as something that permeates your work, if that is intentional or otherwise?

It does make sense, yeah. I actually had no idea I was putting that across when I was writing the stories; I only picked up on it when it was time for me to look at everything as a group. And now, people bring up that aspect of the book to me all the time. I’m glad about that. I’m glad it comes across, because that’s me. I’m an anxious person. It’s part of my life. I take medication and do other things to try to squash it, but it’s something I’m always dealing with. Sometimes I have an easier time with it, other times a really hard time, but it’s always there. It makes sense that it shows up in what I’m writing, whether as an overt theme or through the language. I’m stuck with it, for now at least.

I loved the way you bend and play with language. Is the aesthetic pleasure of the words on the page — either their sound or orientation or both — is that something that is important to you? Maybe I’m asking is language the vehicle or the destination for you?

The aesthetic pleasure of the words on the page is very important to me. It’s why I like writing. And I guess language is both a vehicle and a destination. I need language to move things along obviously, but I also want to look at whatever I wrote after it’s done and feel happy with every word, every sentence. So it’s way more than a vehicle, it has its own value, and that value is high for me. 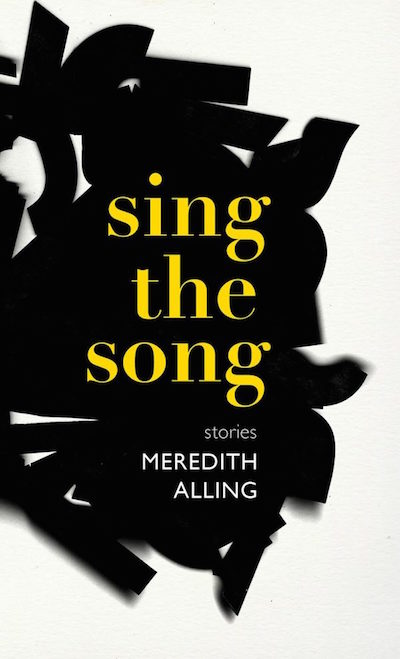 There were several times when I audibly said “what the actual fuck!” while reading these stories. They are so brilliantly bonkers and take turns I’d never intuit or expect, but I’m right there with you. How did you pull this off? How do you know how far to take it? How far is too far? Does it exist?

That is very nice. I say “what the actual fuck” a lot, so we are brothers that way. I don’t know how to answer this question though. I never know how far to take it, or if I’ve taken it too far, or if I should push something further. I just have to go with a gut feeling that I’m doing the thing right. Sometimes I realize later that I was doing the thing wrong, but that’s OK — that’s the only way I know how to keep growing as a writer and learning what I like and don’t like. I have to take chances and see what happens.

I think I read in another interview that you don’t have an MFA, is that true? Does that matter? Do you feel it has hindered or helped you in any way?

“Is that true?” So scandalized! Just kidding. No, I don’t have an MFA. I used to want one, and I applied to programs when I moved to Los Angeles and was really close to going, but I decided against it. I just couldn’t decide if I wanted or needed to do it, so because I couldn’t decide, I thought I shouldn’t. I also had a handful of people with MFAs telling me I didn’t need to do it. I used to feel like I was behind in some way because I didn’t have one (particularly when I first became familiar with online publishing), and while I feel like there are some ways I could have benefitted from having one, everything is working out fine.

You’ve created such a big world, generated so much information and crammed so many symbols and ideas into so few words. How long you spend on these pieces? Because they feel enormous; I thought about them for an exponentially longer period than it took me to read them.

Some pieces I write really quickly and they feel close to done, only in need of a few minor edits. Others take a really long time, and often these are the very short ones. I really feel like I have to nail the short ones, especially the endings. I’ve wondered if maybe the book feels more like a number of small meals, but I like that you think it feels like a big one. That’s my favorite kind.

How did you come to writing? Did you always do it? I read that you’ve been in the art world and currently work for a non-profit. How does writing fit into your life?

The year was 1983. OK… at the risk of sounding romantic, I’ve been writing since I was a child! Ugh! I started writing little stories and keeping a notebook filled with what were essentially character studies when I was around 9. When I got a little older I began trying to copy other writers and write stories in their style. I still have some of these, and they are bad. I kept writing for a while and then pretty much stopped when I got to high school and picked it back up again in college. Now writing fits into my life in a very good way. It’s something I get to do and enjoy outside of work. I don’t force myself to write if I don’t want to though. I let myself watch Chopped and Love & Hip Hop after work if I want to.

I felt a very palpable separation between the body and the head in this collection. Passages like “my body is talking about off shore banking” gesture towards this opposition, or separation between the mind and the physical self, it tells us how the narrator feels a sense of alienation from their own body. Can you speak to this feeling or sense of disparity?

I’m really interested in the relationship between body and mind for a couple of reasons. First — I sometimes suffer from dissociation, which can be a symptom of anxiety, and basically means detachment from your surroundings or detachment from the physical experience. It’s scary. In addition to that, I had a bad relationship with my body for most of my life. I never liked it, I never felt comfortable with it. I regret how much time I spent feeling that way, because now that I’m older I care so much less, and I see that I’m just fine. But the legacies of those bad feelings stick around and show up from time to time, it’s just easier now to see them for what they are — delusions.

I know this is a collection of flash, but do you write in any other forms? Do you intend to continue to primarily publish flash fiction?

I’ve been writing some poetry lately, and it might be bad. I’m sitting on it until I can figure it out. I’m also trying to work on a novel, but very slowly. In general I’m writing slower lately. I think it’s because the world is crazy right now and I can feel a little paralyzed when I sit down to write. Just trying to get a handle on what I want to do, what feels worthy.

I heard on Brad Listi’s podcast that you used to work for Jeff Koons. He’s such a monolith – what’s the funniest story you could share about your time working with him.

I signed an NDA so I don’t think I can share the really good and funny ones. That’s too bad. Instead, I’ll tell you a nice thing he did, which was write a note and draw a picture for my aunt who was studying art history in Michigan at the time. It was a loose, sketchy landscape in silver Sharpie. She was so happy.