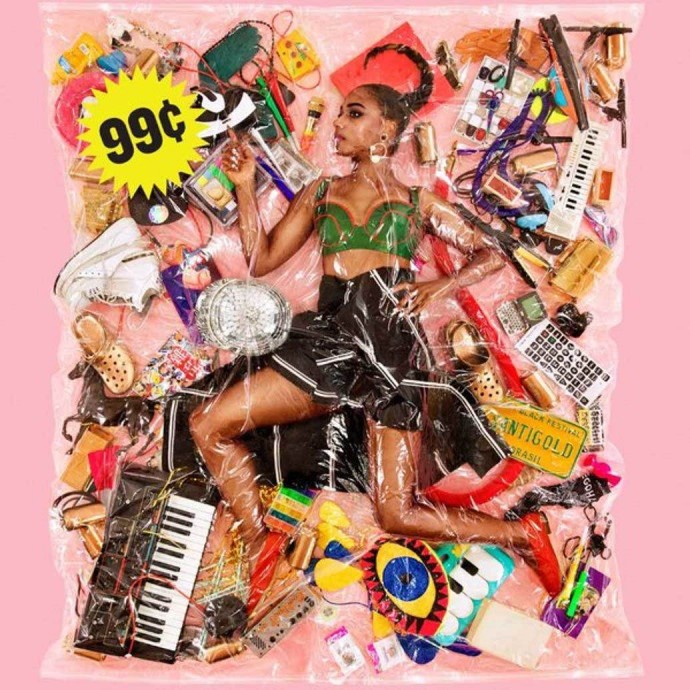 Got a message in my inbox last month at scott_creney@yahoo.com that accused me (indirectly, most people’s preferred method of accusation these days) of not actually listening to these albums. Look, you can disagree with my opinion, you can call me a shitty writer, you can even say the jokes aren’t funny, but I won’t stand for people insulting my journalistic integrity. Every single Roundup Record gets at least three listens, and the ones I hate usually get more—I listened to that Grimes record for two weeks straight trying to figure out why I hated it so much (and yes, my early 20s was spent in & out of relationships that could best be described as ‘toxic’).

Of course, if I fall asleep while the album’s playing and miss some of it, well, that’s on the artist.

So on with the Roundup. This late-stage-imperial-collapse we’re all living through continues to throw up all kinds of fascinating artifacts, some more thrown up than others. All albums are scored on the infamous Album Roundup Binary Scale, because hedging is for heliotropes, and because I came across an old Mojo the other day (from around 2010, I think) and every single ‘new release’ album—I shit you not—received either 3 stars or 4 stars. If everything’s going to get two scores (P4K’s no better, 90% of the albums either get in the 7’s or in the 8’s), why not just do away with the rest?

(Author note: These are all albums that came out in February—because it’s way easier to evaluate the past than evaluate the future, or even the present.)

ALBUM OF THE MONTH: 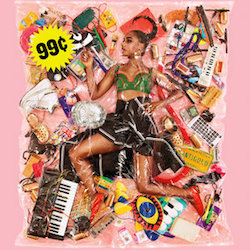 On 99 Cents, Santigold adds a bit of bubblegum to her new wave/post-punk/pop mix and the extra sweetness makes for her best album yet. A series of genres all blended & bent. Just go listen to ‘Banshee’ and marvel at the sonics, the bounce, the complexity of emotion (the compulsion to do the thing you know you shouldn’t be doing), and the way she makes it all sound simultaneously like freedom & death. Or revel in the hypertension of ‘Rendezvous Girl.’ Bask in the cotton-candied ‘Can’t Get Enough Of Myself,’ which reaches ‘Steal My Sunshine’ levels of dumb grinning joy while you’re bobbing & nodding. Then you catch the last line of the chorus: my brand of vainglory is much better for your health, and realize Santigold is brilliant.

99 Cents overflows. With technology & empathy, with huge melodies wrapped in strangeness and a subtle critique of consumer society. Pop music doesn’t get any better than this, and it’s a crime against the radio, and possibly against humanity, that we aren’t all as a society singing these songs as a collective hymn. And yeah the album has a couple of lulls, but so did every great Madonna album, to say nothing of Rihanna, or Beyonce, or Britney—or Springsteen for that matter.

Wrapped up in layers of irony & critique & fun & music, this records embraces all the contradictions of modern life—even as Santigold wears a mask of happiness, she can’t help directing our attention to the darkness all around us; and even in her lowest moments she’s hoping we’re all going to be alright.

MISPLACED HYPE OF THE MONTH: 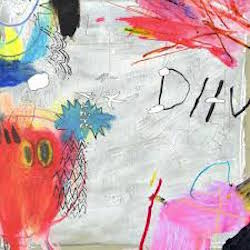 DIIV – Is the is Are (Captured Tracks)

Drugs are boring. I’m talking about the sitting-in-the-room day-to-day existence of drug taking, the lifestyle, the endless scavenging every time your supply runs low. Life as a drug addict involves sitting in a room surrounded by people who are unlikeable talking about things unmemorable and everyone being extremely bored and pretty much chronically unsatisfied.

And this needs to be talked about more often, because some people keep falling for the tired myth that drugs will make them and/or their art interesting. Look, regardless of how you feel about Lou Reed, Kurt Cobain, Beatles, Basquiat, Hunter S Thompson, et.al., they spent years & years working on their art long before intense drug use entered their lives. In order to make magic from chemicals you have to have the talent first. The DIIV dude sounds like a lazy brat looking for a shortcut who knows how to get a cool sound but can’t be bothered to write any songs or invest his music with any personality (very possible he doesn’t have much personality to invest). Sometimes you fall out of a tree and land on your feet, but sometimes you wait until the last minute to do your homework and end up earning the F. 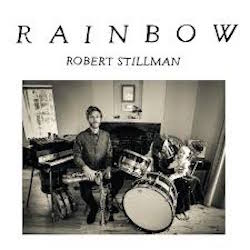 I could do without the Steven Roggenbuck posi-vibes written all over the cover, but whatever gets you through the dark night of your soul, I guess. This is some great spiritual jazz done by one guy on the UK east coast—a Liberation Music Orchestra that substitutes isolation for community, which in a way makes it more contemporary, more of its time. Contemplative, meditative, and very, very lonely. 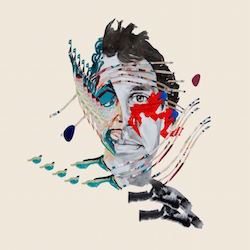 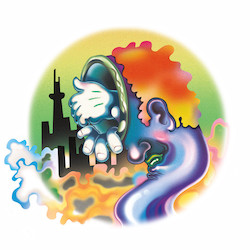 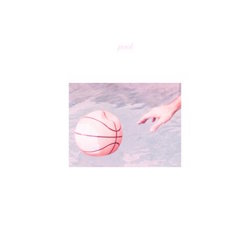 Years from now when I’m living In an asylum, my life just day after day of peaceful breezes, each one dissolving into a gauzy white nothingness, visitors will come & go—friends I have known, my son, my sympathetic yet estranged wife—and I’ll greet all of it with a sort of lobotomized shrug, and the beige emotions of Pool, everything in it so distant & antiseptic & precise, will make an excellent soundtrack to the blissful nothingness of my life. 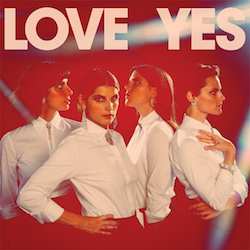 Holy shit this one’s great. ‘Tokyo’ starts off as this weirdo synth sashay up & down the catwalk before turning full-on ABBA for the chorus. And go check out ‘Animal.’ Lots of people use vintage/analog synths, but very few make me sit up and go whoa, what was that. This record also has sibling harmonies, which as we all know are the greatest harmonies of all. 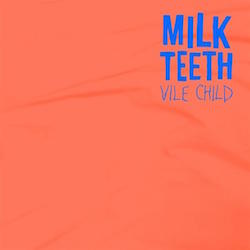 This sounds so much like 90s altrock radio that it’s hard not to laugh, but every time opening track ‘Brickwork’ goes into its breakdown I get weirdly happy & excited. Can’t really get behind necrophiliac cartoons like this, and the lyrics are cringingly awful, but if you’re an aging Gen-Xer who wishes there was a ‘band’ out there making ‘real music,’ then jesus do you need to hear this. But me, I am not that Gen-Xer. 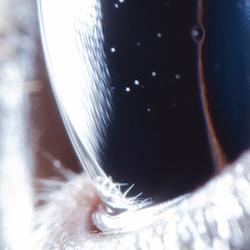 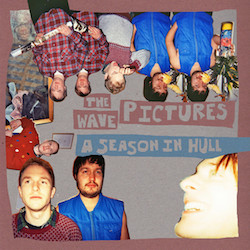 The Wave Pictures – A Season in Hull (Wymeswold)

As someone whose first book was a collection of short stories set in my hometown called A Season in El Cajon, I’ll forgive them the Rimbaud pun—I also had a great 12hrs in Hull a couple of years back—but I can’t forgive the slack songwriting and the faux-profundity. Jonathan Richman without the charisma or the poetry.

The 1975 – I LIke It When You Sleep, For You Are So Beautiful Yet So Unaware Of It (Interscope) 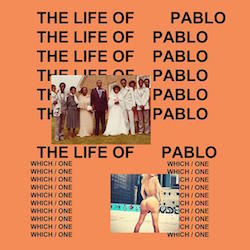 Haven’t heard it. I don’t have Tidal and I don’t like to download stuff that’s insanely sought after b/c that’s how you tend to get the viruses. Of course, Kanye being Kanye, you can’t buy this anywhere either. And I’m not going to set up a free trial account either, because I spend most days taking care of a small child and I’ll almost certainly forget to cancel it.

Anyway, word on the street is this kind of blows, and the tracks I heard so far weren’t anything great. But even if this totally sucks, Kanye’s had a great creative run, one that rivals the Beatles or Bowie, or anyone else you want to measure him against. If this marks the start of his slow, inevitable slide into mediocrity, let’s at least remember him as one of the great artists of his generation instead of the kind of national punchline people want to turn him into.

All reissues get a solid 1—let the living bury the living, and let the dead bury the dead. 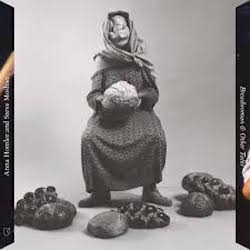 Sung in a language that Homler claims she invented/channeled/discovered, this recording from the mid-80s is the strangest and most beautiful music I’ve ever heard. Moshler handles the sonics—primitive percussion and cutting-edge (for the time) electronics, and the whole thing sounds like some kind of time-traveling psychedelic Philip K. Dickian experience, from primitive man to the future and back again..

Soundtrack to a 24-minute 1962 french sci-fi film told almost entirely through narration & still images, so on record the film gets reduced to the narration & sonics and might be even better—the ‘real children…real birds…real cats…real graves’ sequence is so much more chilling w/o the visuals there to signal what’s coming. The LP has french narration on one side and english on the other, and yeah the film’s easy enough to find online, but imagine having this in your collection when someone comes over and they’re flipping through your records as you’re in the kitchen making coffee, and they come over and ask you about it so you put it on and both of you listen together and this person, overwhelmed by the depth & uniqueness of your personal taste, suddenly falls in love with you as they project the depth etc. of your taste onto you as a person, and isn’t that the best-case scenario in this consumerist dystopian lifestyle we’re all in the process of dying through. 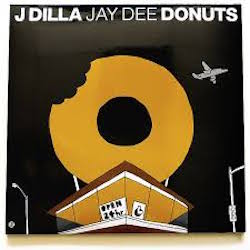 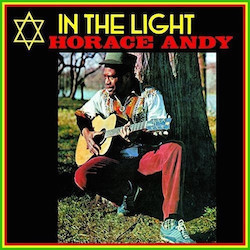 Horace Andy – In the Light (VP)

Horace Andy’s high tenor is one of the sweetest sounds in reggae music—imagine Smokey Robinson with a little extra grain in his voice (both smokier and, um, Smokier) and you’re halfway there.