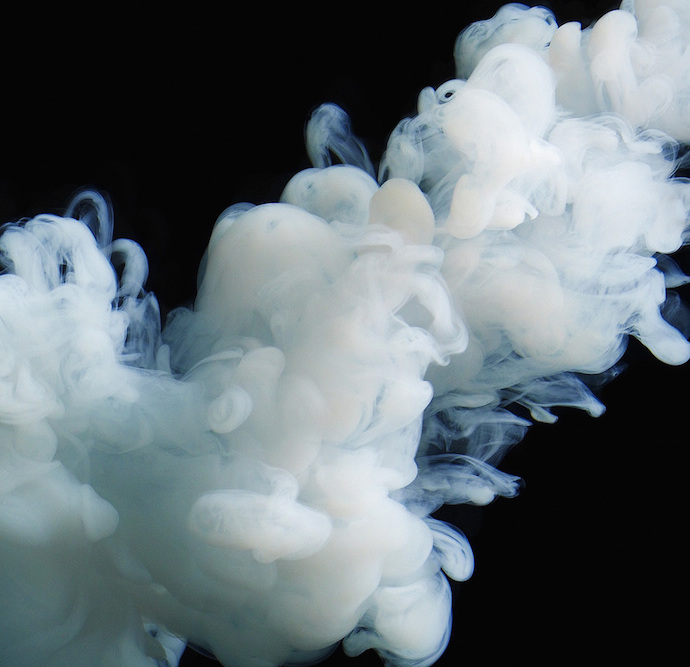 I go home every morning and eat my head out with a spoon. I’m looking to throat-cut myself per capita. This much blackness in your skull used to mean something. Brains would turn to slime so God could turn them into something else. Sources of unnatural incandescence leaking through the eyes. But we don’t have the facility for melodrama. We got insomnia and morbid yellow lights. We got the gradual disintegrating suicide, the autoimmune disease that found its way to the top. Got cytokines in our wiring, our insides set on fire. The Mulatto would sit underneath showers with his mouth open trying to put it out. When that didn’t work he reckoned he’d turn it into something else, but it was a difficult way to drown. He gave up. We all gave up and took back to Ersatz. We’d raped the Wire dry anyways, and we wanted the source, looking to gangfuck it, we joked. Even with our mood disorder we still made funnies. I put it down to my extreme whiteness, and the others their lack of it. At least there hospitalization will be a sickness we don’t have.

We clenched up inside our sigh. We were fucking hilarious. Watched the storage facilities burn all the way back. So many trillions of molecules gathered around five banal pulses. Our organs in Plexiglas burning. It was a high-concept malfunctioning, and we looked all the more bleaker with our heads shaved to cool us down.

My sense of humour is prolapsed. It’s dressed in unseasonal frost.

First day back, we looked for our infection as if we’d lost it. In a circle in the city core we meditated. Levé let us use his mantra. We took his thickened O and bashed all kinds of nothing back in it. We couldn’t tell when we were done. It takes a lot of nothing to find an end to something. I can’t remember how long it took before one of us died, and the rest of us, noticing the alteration in pitch, moved on. The dead one’s mouth stayed open. But it looked more like an eye socket.

He must’ve went and swallowed it.

Gagged on it. Suffocated.

No more than us.

And we’re still at it.

How come we never noticed?

His name I remember was left undecided. At this point my policy on abortion became conflated with alternative sources of vision. I guess I’d heard babies crying somewhere from an open window. If we’d been in the desert it’d be sand I’d be waxing. All this is anecdotal of course. Imagine if it wasn’t.

If this was leading somewhere it wouldn’t be this.

We’d been gone for a year, and our homes had absorbed new people. We found them fermenting in our beds and curled up like cats in balls on our sofas. This was more of this great emptiness to us. Especially for Mark who, grossed out, had taken such overwhelming pride in the phantom pregnancies he’d administered. They seemed to us like twelve months of aftermath, like platters to our yet undigested ennui. We raped them till they were so much more than the dead they arrived at, and not a smidge of cum between us. Even The Mulatto’s electrodes couldn’t tease a drop. I want to impress the sadness of this. Such diseased pigs back then. So fanatical about not letting go that we barely got hard. If it hadn’t been for our dogged implementation of limbs they’d have lived through the week it took. And we’d have had roommates turning us spontaneously awake.

While I’m watching this dispersal play out, there’s the back of a woman looking out to sea. She’s got this white dress and her hair is dirt. If I ever see her face my cock will erupt a thousand breasts of five-hundred dead women. And I’ll be warm again on the outside as if my mother were still alive. What is most still is most alive because of it. What a couple of thoughts to have wearing the cowl of this shit.

I really don’t remember raping quite that many sallow-faced children. God, how I must have done it though. And them sallow like that. What a way to be and then be this thing now. This blackened up on the inside. This ridiculously charred to buggery. I’m so ruined that the woman looking out to sea has a clown’s nose and a big fuck-off grin. That’s how much I’ve invested in the unreality of joy.

When we meet again, in the centre with the dead one not gone anywhere, we avoid the circle and copying the rotting pigeons sit in two ranks of two wearing our faces like we meant them. Levé happened to be canine-heavy. It wasn’t black but black enough he thought to have some answers if he kicked it long enough. So far it’d turned out full of nothing but vomit and twaddle. We looked at it the way we’d once glassed husbands. The way its nose dripped reminded us of that year’s ejaculate.

That ugly bag of cancerous drool is worsening the cause.

Informant. I’m calling it The Informant.

A resort for blow fly.

I plan to beat a world of sunlight out of it first.

It was a concept of colonization we needed to own. Our apocalypse had been flavoured to taste like toothpaste. Nevertheless, we remained pretty miserable. The dog didn’t amount to creative pessimism. To tell the truth, we couldn’t talk much after that. It was an old dog and it died on the step. Our voices collected in clouds of flies above our heads, bubbles of black buzzing speech that had circumvented our gobs. Consider the facts: the world right then was the inference of this singular state of having been poisoned, and we were no closer to a cure than we were to our atoms. My father used to fission as a matter of course. Needless to say, all five of us had had the same one. We left the dog with the dead one and circled the city by way of side-streets. We were feeling conspicuous. We decommissioned surveillance cameras as we went. We became fully introverted by nightfall, and the city lights turned us starless.

In our homes we contemplated mucus. Nothing about our predicament suggested the possibility of medicine. Without wanting to we sucked at the bloodstains on our sleeves. It took us till morning to imagine rooms outside of the ones we were in. Our physiology was rotting every bit as fast as the tiger we were on. But there was still this thing called bijouterie. Yes, we were still raving for the good it did us. In some people this would be enough to sustain them till lunch. We were already dead by breakfast.

Whether or not anyone cares to admit it, it’s hard not to sissify genitals to which you no longer belong. We all felt this way. Mark cut his off in protest. The Mulatto was so filled with admiration he gouged out his left eye. It suited him that way, we all said so. He sported the socket like a figment of all the things he’d wanted to see. And so we retained some pride and some illusions. And were handsome too despite the putrefaction. As we spoke, the infection we shared bifurcated so that we didn’t have to. None of this clarified our migration. Sometimes it seemed that no one would ever get raped again ever, and that we’d be there to watch it never happen. In a sense, this ennui was just the blandest chewing gum.

Levé found what he thought was the source of our infection inside the loft space above his rooms that he couldn’t remember having existed before then. It was shaped like some coagulation of late-period Goya jowls, but with thousands of tiny legs. It squeaked when he approached it. The pitch made his ears bleed. The legs moved all at once and resembled brown grass on the side of a hill. He got to his feet, crouching, and destroyed it with the heel of his shoe. He turned up next day with it splattered up his trousers. He claimed he’d felt a slight release of pressure in his head after doing it, and that we should too. We concurred there’d been some easing of something. More would have to be found and disposed of, he said, before we’d be right again. The dead one and the dog were still there. Their untouched residues were becoming a comfort to us. We even extended them greetings on arriving. The Mulatto was having to constantly scoop flies out from his eye socket, and often looked less alive than the two companions he was supposedly more alive than. We all of us felt less real than the two that were dead.

When it came time to leave, Mark chose to stay. We imagined he wanted for some of their newfound reality to rub off on him. The rest of us could sympathize, but felt we should scour our buildings for more of what Levé had found. Our bad climate wasn’t inevitable then. There was still a future in which were raping, and the sun was in our hair, and naked from the waist down we bounced like monkeys on a spring. In the dead ones there was a peace that wasn’t in our homes. It was about this time we noticed a smell we couldn’t identify. It didn’t come from us but from the people of the city. Those people we saw walking places wherever we went. Leaving Mark, we decided to follow some to wherever they went. We tailed hundreds that night and through into the next day. It’s important now that I recount those hours without feeling them. What speaks out of me is something meticulously empty. The only way I could stay alive was as a variable, that which can be anything and so is never something. We followed and the pattern was always the same. All they did was walk. The bags they carried never got opened. They never arrived where they were going. No jobs, no families, no people inside the bodies. Just one street after another to make the city look lived in. Just the enhanced whiteness of faces everywhere. And then we realized that we’d been following each other, that our facility for facial recognition had finally burnt out. And then we forgot it again.

Thus we saw more clearly what we were. For whoever witnesses the insect brains of their brothers and sisters witnesses their own too. And what was the fate of insects made dickless by a dog? It was this impotence in the face of one all encompassing face that made mirrors fair game for conversation.

We all found our way back to the centre with the dead ones, inferring each other’s presence by counting and body mass. The others have been still for a long time now.

I must be the only one left that’s still taking notes.