Have you ever been possessed?: A Review of Mike Krutel’s Fogland 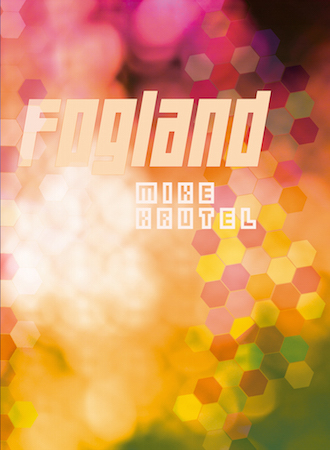 “Can I get a vessel in this motherfucker?”
–Fogland, Mike Krutel

“I told you I am the night. But no one among you bothered to know what that means.”
–Premonition, Etel Adnan

“Can I scream?”
-The Isley Brothers, ‘Testify’

The Isley Brothers “Testify” is a song / an enactment / a command / a frenzy / and a criticism of the Deep South practice of professing / faith. It is an “excessive” song / an excessive look at what it means to insist on what is supposedly invisible or / un-seeable (What is a witness / to such? Who are you, witness?) and how such a thing can consume / engulf you. It lasts six minutes and it features Jimi Hendrix on guitar. “New Noise” by Refused, a hardcore punk band made up of anti-capitalist Swedes, begins (after a long musical intro) by asking the above question / by asking for permission to rip apart noise / sound / body. “New Noise” then continues / gathers through a discussion of movement / the wrong kind / to the wrong songs / to the new beat. Listening to both songs requires immediately imagining a visceral pulsation / a visceral experience that doesn’t necessarily need to come into focus / be accurately and precisely depicted within your mind. A taken over body / it thrashes. And what is thrashing / but listening? What if listening, careful / potent, feels this way? What if screaming is also listening? I’m very interested in thinking about Fogland as a chapbook that is more about listening than it is about noise making. Or more accurately, that listening (and reproducing that listening rather than distilling it down to what was heard) is inherently a huge, huge part of what creates a poem / noise.

I’m always wondering: What do you come to the poem for? I ask the question knowing poems are not required to give anything to the reader / writer, and yet, I think it is often what many readers / writers expect. The poem of specific shape and sound which at the end produces a Snickers® of crystalline truth.

“This throat scorched by the truth – say it – not found.”
–Thief of the Interior, Phillip B. Williams

While it’s possible and totally acceptable for a poem to do such a thing, sometimes I’m surprised the verb expect comes up at all (or is a very unspoken part of what makes a poem “good”) given the fact that a poem / a scream / a life often uses language but does not necessarily adhere to it.

You get the idea
We can’t see them coming”

Fogland is a poem / a poetry that will not offer you digestible comfort / will not fulfill the expectations many readers have. It is a poem / a poetry you can’t see coming. What do you come to the poem for? Do you come for an emotion / a thought? Fogland is an emotion / a thought as it listens / as it considers / as it tries to arrive. Do you really know what an emotion is? Have you ever been possessed by one / its texture? Have you ever been possessed? I wonder if that’s what listening is / sometimes. Or is it at least part of it. A willingness to be there.

Last night I had a conversation with my husband about feeling a deep connection to television characters (I mostly talked about Gretchen Cutler, a white woman with clinical depression on FX’s You’re the Worst) that are fucked up / and attempting to be consistently honest about it. Their fucked up-ed ness is not mine or is often vastly different. However, it can feel rare to see bodies giving in to intense, difficult emotion in ways that aren’t prescribed or familiar or skating a surface that doesn’t actually get near blood / pain / the unexpected / movement. It can feel rare to see bodies feeling emotion / as if emotion is something as continually mysterious as it is continually recognizable to them. It can feel rare to see bodies experiencing emotion / differently. It can feel rare to see myself in poetry sometimes. Many of us feel this way / for different reasons. Fogland is a poem / a poetry that is being very open about how it receives emotion, language, sound, a body. Only by first recognizing this work’s vulnerability and its careful attention to a poem as it raw-ly leaps / having just touched an individual experience of the world via language / Only then do I think we can move to discuss why this poetry might also [need to] be difficult / why this poetry might feel intense (or I want us to consider what we might be saying to a poem when we label it as such. Stop being this much. Stop being unfamiliar. Stop insisting that this is what you are.) to read and thrive through.

“no bloom       whole lot of bleating
went to believe myself”

I’m not sure if language has ever helped me believe myself, but poetry / emotion / knowing it exists and moves / has sometimes. Fogland is a poem / a poetry of discovery that unleashes itself through microscopic but expansive beats / flinches. What is exactly as mundane as it extraordinary? The answer is thought. The sound of it. Krutel studies himself / fiercely / as he sounds / as he thinks. Fogland captures the unique sound of it / follows it / wants to understand how such a thing / how such a sounding (“A meter is about what happens   Outside its regular”) becomes a poem / a poetry.

The third epigraph that begins the chapbook comes from Gerard Manley Hopkins, who was a nineteenth century English poet. The only thing I know about Hopkins is his sprung rhythm, which aimed to reject conventional / suffocating ideas of meter for the sake of something that more closely resembled “natural” speech (“A meter is about what happens   Outside its regular”). Or rather, for the sake of a poem that more closely resembled the idiosyncratic ideas Hopkins the living person had about sound (“Like what’s the sound of pennies in fruit”) and word. Krutel nods to Hopkins, perhaps, because it is also his aim to explore such a thing. As collective as natural speech can potentially be (though, poems that represent a collective, or rather, a homogenous, idea of natural speech are often the poems lauded for capturing “everyday life.”), our own instincts and inclinations can veer quickly away from such a thing. Krutel’s aims to understand, through noise / listening / sound / rhythm / vibration / word, what speech / what enactment of word / what witness of word makes a poem / builds a poetry.

I’m not convinced that this is only so that Krutel can replicate for whatever extended period of time what makes a poem / what builds a poetry in this particular chapbook. It seems more radical than that. I think this is a chapbook that is extremely present in a current haunting via language while also considering what a poem might be to Krutel in the future. It is a chapbook that readies itself for what it cannot yet see or know. That is what makes it difficult / intense / a very carefully constructed wildness / wilderness. This chapbook is an attempt, for Krutel, to cut himself open, wholly, so that he might be capable of receiving whatever writing / thinking / reading can and will become in him / in others. In the fog / you listen for what is around / for what is coming / for what surrounds you. You fear it / You don’t. 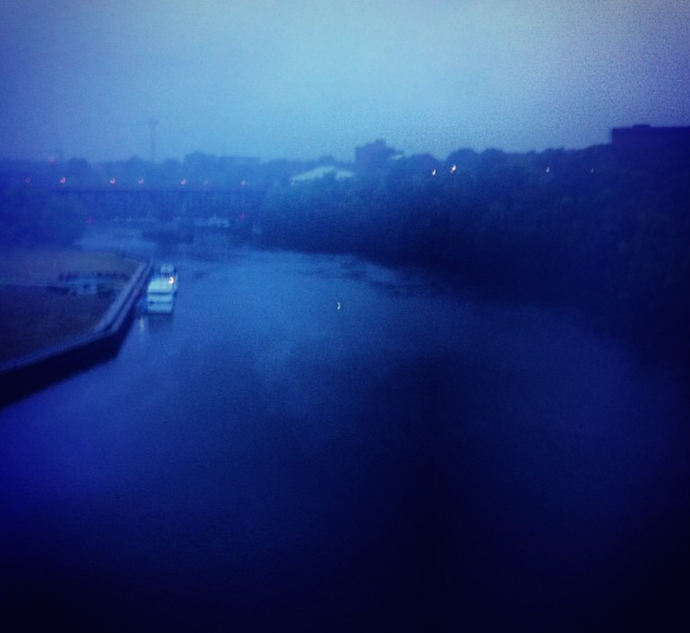 It’s a book that is v. demanding / but not of the reader / it is demanding of itself. All a poem / a poetry asks of the reader is for the reader to believe what it says it is (Oprah on Maya Angelou / echoing Etel Adnan: “…one of the most important lessons I ever learned from you…when people show you who they are, believe them”). Krutel is not a writer / a body / a man who consistently feels comforted and accepted by language. The body gives out / or it gives over to / when the body listens. What happens to it is definable, / but in the midst of such activity, perhaps it is not / definable. Perhaps it is a fog. Perhaps it is just a scream.

What if screaming is also listening? A landscape. What do you come to the poem for? I hope you come to listen / for it.