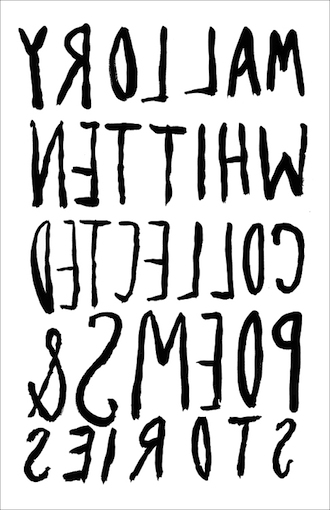 I met Mallory Whitten on the first day of my freshman year of high school. Mallory was a sophomore. I met her at the skatepark across the street from the school. She told me about environmental anarchism, not spending money, and punk music. Afterwards, I went to marching band practice. I danced around and told all of my band friends—who were mostly girls in the grade above me—that I was “in love.” “With who?” they asked. I said Mallory’s name and they immediately started trying to discredit her. At one point, a girl ran past me screaming “She dropped acid at homecoming!,” which, at the time, only endeared me more to Mallory.

Mallory and I became actual friends a year later, when I started hanging out with Jordan Castro, who Mallory had an ambiguous romantic relationship with. In the ~5 years since then, I’ve seen her live a whole lot of life. I’ve seen her go through relationships, homes, jobs, drug addiction, etc. I felt like a fool this summer when I found out that we were the same age. Mallory seems much older than me, or any other 21-year-old who I know.

Monster House Press recently published Mallory’s debut book, Collected Poems & Stories. At first I felt like the Collected Poems & Stories was a title befit for a more “established” author, but after reading the book, it’s the only name that fits. There is a reason why Mallory has garnered co-signs from indie lit icons like Tao Lin, Sam Pink, and Noah Cicero. Her writing is certainly a unique voice in indie lit, one that is so refreshing, unpretentious and authentic that it demands respect. Mallory may speak softly, but when she speaks, everybody listens.

Mallory covers topics like mental illness, drug addiction, social isolation, feminism, high school, relationships, etc, throughout her book. Her style is warm and kind—a Midwestern drawl rising from the page—but there is often a punch, a sharpness, at the end of her poems: a fist through the reverie, right into your jaw. See, for example, how she ends “Adderall Diets, Switching From Beer To Wine, & Monitoring Your Pizza Intake Vs. Everyone Else’s,” the first poem in the collection: “the loch ness monster is telling me / that i will become more sexually and socially desired / the easier i can fit into a laundry basket / the easier i can be picked up and thrown.”

Mallory’s style and stories have a dreamlike quality to them, and dreams figure prominently into Mallory’s writing. She alternates between real-life stories, half-remembered dreams, and childhood memories—blurring the line between them all, giving them a soft, pillowy consistency, even when they turn into nightmares.

These stories are sad, and there is no resolution. Great-grandparents die. Autistic kids get bullied. People break up and never get back together. But the humor that is there, the laughter at the absurdity and sadness of it all, is resolution enough. There is an odd sort of invisible closure that one feels at the end of a Mallory Whitten poem.

After reading the book in one sitting, I thought, “Fuck yeah Mallory.” This is a good book. This is a short book. I recommend it if you are looking for something to read in less than an hour that will make you think, reflect, laugh, possibly cry, and then think about your own collected poems and stories of your past.

There have been many events in the alt-lit community recently that, some say, have “destroyed it.” If that is the case, Mallory needn’t be worried, because she’s really living life. Mallory isn’t an attention-starved egotist, using poetry as a way to gain popularity. She doesn’t need “alt-lit” or any other scene to write. Her subject matter, and her writing, will age well, I think.