A Review of Drake’s Nothing Was The Same ft. Philip Roth 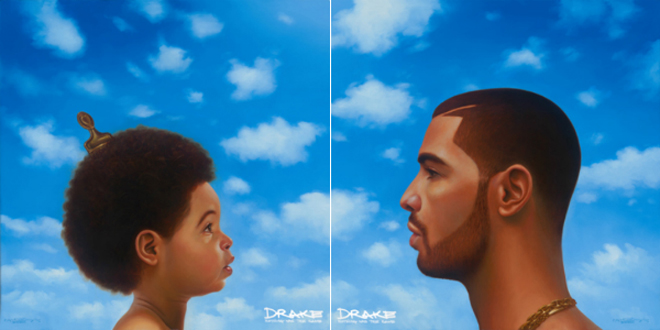 Last weekend I went to a party and everyone was listening to the new Drake album. I don’t like Drake because he only talks about money, normal women, and the n-word. For most of my life I’ve had very little experience with money, normal women, and the n-word. Technically, as the person that I’ve learned to be, I should not be allowed to listen to Drake. But I listened to him at this party because I wanted the party to be good and the party would only be good if I listened to Drake like everyone else.

For those that don’t know, “pizza combos” are basically the worst snack product that has ever been allowed to exist in america. I didn’t capitalize the word “america” in the last sentence because it’s illegal to capitalize the word “america” while the government doesn’t exist. Anyway, pizza combos are only sold at abandoned gas stations. Once, all of my friend’s teeth fell out while he was eating some pizza combos that he found in the dead raccoon that his neighbor had stapled to a pole and was using as a mailbox. My toothless friend’s name is Darren. Please call him to confirm that I’m not lying to you.

Back when it was still globally acceptable to eat pizza combos and people believed that pizza combos would someday save the world, I routinely ate forty or fifty bags of pizza combos a week. I was only six and half inches old at the time. Later, it was confirmed by all the people that confirm things that pizza combos cause brain tumors and teach people how to get mad at their own teeth. I was worried my brain’s tooth would grow a tumor so I sort of reverse defecated every pizza combo that I had ever eaten which at the time reminded me of that song on the new Drake album about only pooping out your mouth so your butt doesn’t feel like a butt.

I would like to take a moment and point out that I am so big that sometimes my body weighs too much and I don’t know how to continue properly using my own brain and I’ll stuff a couple of bags of pizza combos down my throat while I’m not paying attention to my own face. It’s okay. We’re all imperfect.

After only an hour of listening to the new Drake album I got bored. I removed all the chewed up pizza combo mulch from my bottom lip. The party didn’t have any trashcans because the people who created the party were white and only believed in recycling. I began to make a sculpture out of the chewed up pizza combos in the shape of Philip Roth who at the time had probably died three days ago.

I think Philip Roth was the producer for the new Drake album. He also had the distinction of being both the worst and best writer ever named Philip Roth. While he was alive, none of Philip Roth’s friends liked him because he didn’t have any friends. Once he tried to grow his hair really long, but instead of growing hair really long his head grew thirteen inches of used, unfiltered cigarettes.