A Queer Study of Smallpox Blankets 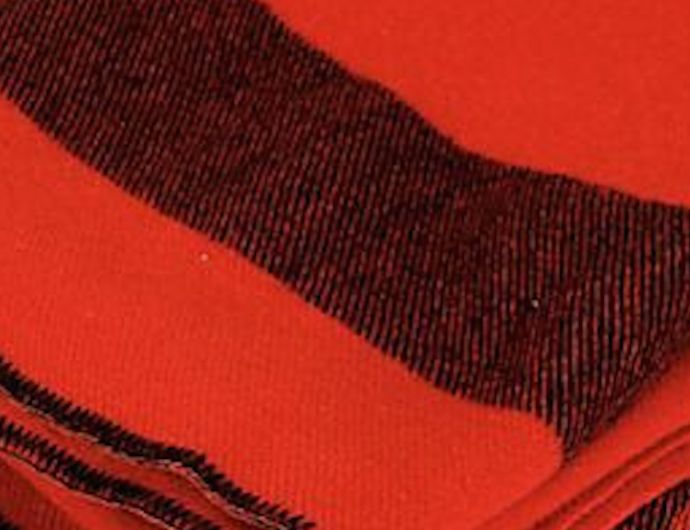 Investment isn’t the same as care. I think

She’s found out hard what sacrifice is and care
is still a rebus. Care is to her a queer study
of smallpox blankets. The facts: the British at Ft. Pitt
didn’t have Pasteur’ssobering gist of germs. Contagion
was Anglican voodoo,
though Wiki still calls their tactic biological warfare.
Some gentle zealot got to her. She left her academic post, she
Left her glittering parades and left her girlfriend.

At least nobody can say she wasn’t invested. In gender theory
Now in the Gospel Coalition. Yet still she says
She wished the attractive young evangelical they’re lately
Crucifying had said the things she’s saying now about girls on girls
holy back then. It would have been the balm of Gilead.
She thinks but doesn’t say: is what she extends to girls who
Still sin like she did so much warmth socked in flu-y bedclothes?
Is her penitence still queer and does she care?

Now loving the sinner and not the sin means
Huddling desperate immune in an infirmary saying yes yes
But I can’t attend your wedding. will you still come
over Tuesday for dinner?

Laura Page is a graduate of Southern Oregon University, where she studied English and Sociology. Her work has appared in numerous literary publications, most recently in Tinderbox Poetry Journal, Dead King Magazine, and Kindred. Her debut chapbook, “Children, Apostates” is forthcoming from Dancing Girl Press. A second chapbook, “Sylvia Plath in the Major Arcana,” is forthcoming from Anchor & Plume Press.