A Poet’s Review of Botox

I can’t stop time and Los Angeles knows this. It wants me frozen. My god doesn’t want me frozen and my god is the kind of god that doesn’t want me to hurt myself for physical beauty, but my god is not an interventionist-god unless I am listening to it. And I don’t want to listen to it, because it’s my god that got me into the mess of being born and dying in the first place. I don’t want to grow. I don’t want to spiritually progress. I want to be free. And while I know that freedom comes only through a gradual spiritual progression—and that you can’t pay for somebody to make you free, or even to make you look free—at least not permanently—I want to pretend that I don’t know that. I want to pretend I don’t know the difference between the ephemeral and the eternal. I don’t want my nice soft gentle omnibenevolent god pissing on my party with its hushed talk of loving kindness and self-acceptance. I am not going to listen to my god. 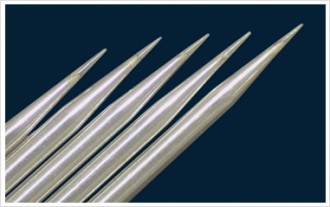 The dermatologist who will make me look free, and in turn—make me feel free—looks like a fetus. Two months ago, when I first moved to LA, I checked in with this dermatologist, because I needed a chinzit point-person. Chinzits have always been a struggle and it’s best to be prepared. After re-upping some antibiotics for my chinzits, the fetus pointed out all of the sun damage on my face, particularly three lines across my forehead. He said that he could “fix those right up” with Botox.

Truth be told, the lines had bothered me for a few years but I’d never considered Botox. I didn’t know anyone (or didn’t think I knew anyone) who used Botox. When the fetus presented me with the Botox option I was like, “No fucking way.” I did think it was funny, however, that within one week of living in LA I was already recommended Botox.

So what has changed in the two months between his recommendation and now? Why am I choosing to inject botulism toxin into my face today, whereas two months ago it was off limits? I think it was two months of sitting with the lines, knowing that there was a solution if I wanted it. The solution made the lines more visible. It kept speaking to me. It said: Why suffer? It said: Fool them. It said: Fool yourself. I almost felt as though I was being “bad” or “foolish” or “wrong” for not doing all I could to stay young-looking. And I don’t think this is really the American beauty industry talking. I think this is me and my fear. I think it’s me and death.

The fetus takes all kinds of pictures of my face with his iPhone asking me to smile and look grim and look sad. When we both discover that I can’t properly frown, he says “that’s probably a good thing.” I don’t tell him that the reason why I can’t frown in front of another person is because I am overly-concerned with what others think of me, and this hyperconcern has likely conditioned my face to only appear happy. It’s a Pavlovian smile. Fool them fool yourself. Same reason I’m getting Botox, more or less.

I tell the fetus not to make me look like Joan Rivers. I tell him to keep it natural. I ask him 1,000 questions about the dangers of Botox and if there is any recovery time. My fear regarding my face dates back to the time I ate a box of grape candies at my Grandmom’s house and she spent the night scrubbing my purple tongue with a washcloth. She said she was afraid that I would have to walk down the aisle at my wedding one day with a purple tongue. Like the purple was permanent and not ephemeral.

The fetus says we’re only going to do “baby Botox,” just a few little squirts for the three lines. He says that there is no recovery time, but he recommends not lying down or putting my head down for three hours after the treatment. He says that in 1% of cases, someone will walk away with a “droopy eyebrow” that sags into their eyes. I know I will be the 1%. But I go ahead with it anyway.

The treatment itself takes only five minutes and is just a few needle pricks in my forehead. It’s no big deal, and, looking at my face, you can’t tell that I’ve had anything done. But upon standing up to exit and pay, I get a wave of anxiety so intense that I feel like I’m going to faint into his candy dish. A voice in my head says “You’re fucked.” It’s not the voice of my god. It’s my voice.

Once outside the fetus’s office I immediately google “Botox death” on my phone. I text the one person I know who has admitted to having Botox and she texts me back, “CHILL OUT.” I text my friend who grew up on the Upper East Side of Manhattan, but she has never had it. I feel like I have entered a new world. I am now one of “those people,” the Botoxed, and can never again cross back over the threshold of the non-Botoxed. I ride my bike down the beach path and am convinced that people are staring at me. The sun sets over the Pacific and I have Botox. I stop into a store and begin “testing” my forehead in the mirror, scrunching my face and raising my eyebrows. I look insane, but my forehead appears normal. It still moves. The Botox takes three days to two weeks to really work anyway, so I won’t know if I’m going to become a statue for a while. I google some more and discover that Jennifer Aniston doesn’t do Botox. I am worse than Jennifer Aniston. I am worse than a lot of people.

Over the course of the next few days I feel like I have been poisoned, just a little. I have flulike symptoms. My forehead feels like there is a plate on it. I kind of didn’t realize that the word “toxin” actually means “toxin.” Like, I kind of didn’t think about that. I keep googling “Botox death” looking for new results. I also google “Botox flu” “Botox soulless” “plastic surgery disaster” “what’s wrong with me” “why” “how to love yourself” and “spiritual being having a human experience.”

After one week the physical results are pretty good. The flu, headaches and platelike feeling are gone. No droopy eyebrow. The three lines on my forehead have basically disappeared and I can still move all parts of my face. I feel like I’m tricking the world a little bit. When I see women who have forehead lines, I wonder if they “just don’t know” about Botox. Then I think that maybe they do know and are actively choosing not to poison themselves. Why aren’t they poisoning themselves? What’s the difference between them and me—that I am game for the poison and they are not going for the poison?

The Botox will only last for three months and I think I will probably poison myself again in the future. In fact, I know I will. Once I incorporate an element into my beauty routine, the element stays forever. I begin to rely on it to feel okay, the way my god wants me to rely on god to feel okay. But it’s a lot easier to rely on a tangible fix than it is to rely on a nebulous spirit, a quiet voice, deep inside yourself. I am wired to reach for shiny things. Physically, the Botox has shaved off a few years. I’m definitely fooling something. Spiritually, however, the Botox has had no positive effects. I still feel fucked a lot. I am not whole. I’m not dead yet, but I will be.