Anti-Bond: A Conversation with Andrea Kleine 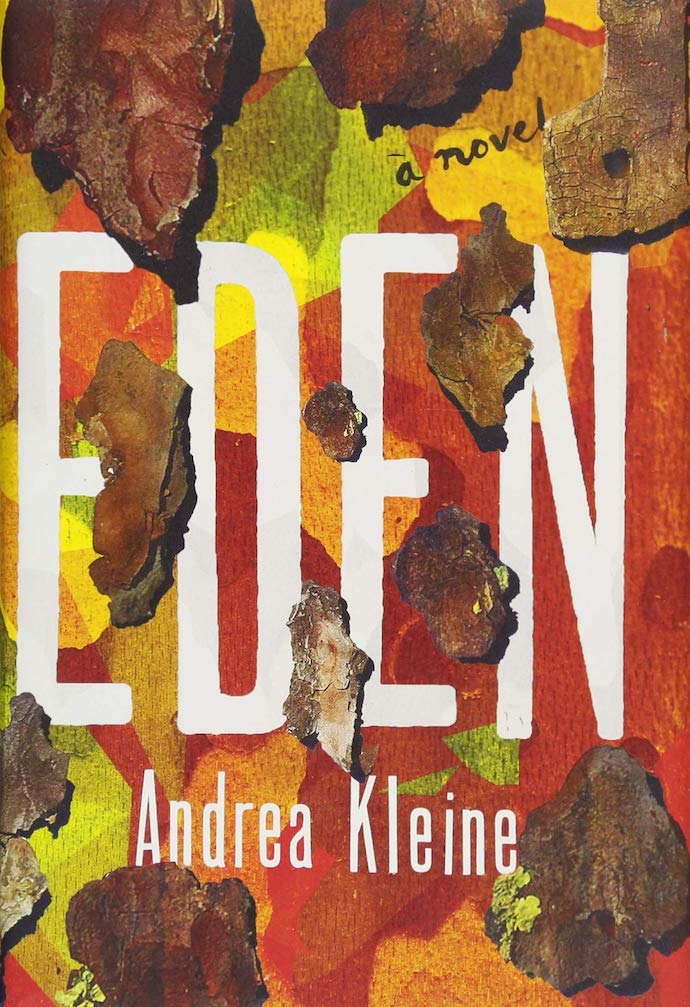 Andrea Kleine’s second novel, Eden, is a roadtrip through the narrator, Hope’s, foggy past and a slow crawl to her future. The book takes Hope from her sublet in New York across the country in her dad’s old camper van as she tries to find her sister, the Eden of the title, in in an attempt to clarify the facts around a shared trauma. Kleine writes more realistically about living in the shadow of a trauma than anyone in recent memory, the way things buzz at the edges more than they flash in front of one’s eyes. It’s beautiful and heartbreaking read.

We talked to her about the book, different types of families, and trauma.

JF: One of the things that really impressed me about this book is the way you wrote around Hope and Eden’s shared trauma. It was always present enough to be suffocating, even when no one was really talking about it.

AK: In this book, I was interested in what it means to survive. Hope, the protagonist, has survived this violent childhood trauma, and now she is in her mid thirties trying to be a playwright. She has also survived as a queer person, survived as an artist, and she’s recently made it (barely) through a break-up, and she’s barely surviving financially. She has to balance all of these things and all of them have weight.

Being a “survivor” is so often framed as a thing with a set ending, as if living through traumatic experience means it’s over, even though that’s not actually how trauma works.

Exactly. Trauma is an ongoing experience. It’s infectious. It’s porous. Everyone has their own way of processing it. I also wanted to write against traditional trauma/recovery narratives — the one good cry, one good therapy session, one good emotional purge and you’re all done. Nothing could be further from the truth.

Both Eden and your first novel, Calf, deal with the complexity of sibling relationships, and how it’s possible to have a completely different childhood than someone who grew up in the same home.

Yes, I have this experience in my own life. I am the eldest of three children and we had very different childhoods. Some of that is specific to things that happened to us individually, for instance, my sister was hospitalized several times due to an autoimmune disorder, and my brother and I have different fathers, and thus travel in different webs of the family. My experience of being the oldest was feeling like I was out there on my own and the only way forward was through trial and error and taking a stab in the dark because there was no one paving the way ahead of me. Although, maybe I like that, or I’ve internalized that position because I don’t feel that I had many mentors in my artistic life, but maybe I didn’t seek out mentors either. I often wonder what it was like for my much younger brother to watch his siblings leave home, thus leaving him alone.

I don’t subscribe the precious nostalgic view of childhood as a magical time. To me, childhood was something to be endured. There is a special bond between siblings of definition but also an anti-bond, of wanting to refute that definition and not be bound by it. The character of Eden has a lot of that in her. She seeks to define herself as if she never had a family. She wants to not need it anymore, she doesn’t want it to possess her and she no longer wants to possess it. I relate to that on a certain gut level. At the same time, I adore my siblings and I need them.

Navigating familial relationships is such a dance, and in the book Hope isn’t just dealing with blood relatives, she’s also dealing with her queer family and her artistic family.

Hope’s biological family gives her the keys and says, “I hope it works out for you,” but they don’t really offer her any other support or validation. But she does get that from her queer family. It is her queer friends who offer her care, who understand how she is trying to live her life. Hope’s parents are inclusive, accepting straight parents with a queer daughter and they love her, but they don’t really understand what it is to live a queer life, and on a certain level, they don’t really understand what she is doing (Hope’s father goes so far as to literally say this to her). It is Hope’s queer, chosen family that gives her the push to go on the road. It’s a literal push/encouragement, but they also provide her with an emotional safety net and emotional nourishment. Hope is much stronger than she realizes, and so are her friends.

They way that you wrote that kind of strength, that resilience, was such a nice mirror image to the way you wrote about trauma. Hope doesn’t give herself much credit for moving forward every day, but, as a reader, that strength is palpable.

Hope does have a strong sense of self and self-determination. She’s just not a great articulator. And she’s not entirely sure which parts of her past she wants to hang on to and which parts she wants to let go. There was a line I had to cut from the novel that I absolutely adored: Will I always be who I already am? In an earlier draft, this came near the end and Hope asks this of herself. (It’s still in there, just not in the form of that sentence). Will she always be “the kid was kidnapped freshman year of high school,” or Eden’s younger sister, or Noreen’s ex-girlfriend, or a failed playwright. The answer is, of course, both yes and no. Our past does define us, but it doesn’t define everything we are.

I feel like that’s such a universal human question. “Have I always been this way? Will I always be like this?”

Near the beginning of the book, Hope’s mother is dying of cancer and when Hope tries to be the dutiful, care-taking daughter she thinks she should be in this situation, her mother snaps at her and says she doesn’t want to talk about her cancer because “there’s more to me than this fucking disease.” Hope has a similar struggle. She doesn’t like being labelled a victim, yet, she has been victimized.

And there is ONE EVENT in the book that is trying to define Hope. The event is almost a character itself. Hope’s struggle is defining herself in relation to, or in opposition to what happened to her. There is so much more to her than what happened, and there is so much more to the book than learning what happened during the ONE EVENT. It’s very seductive to think, if I can just solve this one thing, come to terms with this one trauma, that if I just know the truth about something, then everything else in life will fall into place. Life rarely works out that way. I think it’s the ongoingness of life that is really hard to deal with.