Hidden Signals: A Review of Cynan Jones’s The Dig 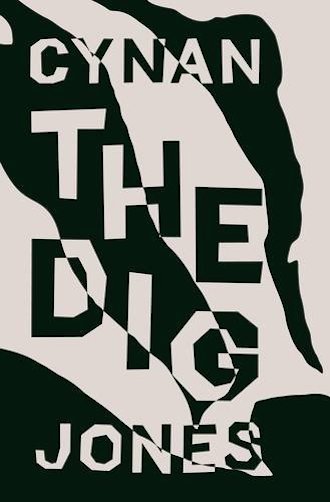 I read for the same reason that I listen or look, or quiet myself against the plate glass that separates me from the world. Outside this morning as I write this essay, the sun rests like a sleeping leopard against an aberrant late winter blanket of snow; the Real Feel registers minus two. But then the sun is something else. It’s already turned, already insistent. The heat is coming.

The forecast confirms it: in three days the snow will have vanished, leaving a film of gravel and salt on the skin of the city. Leaving plastic straws and poop bags and pages of magazines blackened with soot. Leaving cracks in the sidewalks that weren’t there in fall and potholes that were, but have only widened, like craters giving way to the fuselage below.

The earth will always remember and record. That’s how we know we matter.

Daniel, the endearingly sad farmer at the heart of Welsh writer Cynan Jones’s rupturing novel The Dig, knows this is true; his own tracks between the porch of his house, where he grew up on the sheep farm, and the bootshed, confirm it. The sound and smell and handwriting and shoes of his wife, gone now three weeks, can’t be erased. The opposite, in fact: she haunts poor Daniel, forced to confront her sentient death everywhere on the farm: in a dried cob of feed corn, in the dismembered second head of a “monstrous” lamb, in the earth itself, scarred where workers had removed a giant shard of metal that as a boy he had assigned mythic power.

Jones is a writer, indeed, of sentience. The words themselves are urges, vibrations, beings. Verbs aren’t actions but things. Adjectives aren’t modifiers but objects to disturb the breath, bodies that can’t be ignored, needles that puncture the skin—and all of them quiet as whispers. Consider, then:

“The thickening mist gave an enclosure to the shed.”

“He stood and looked out, understood the strange ventriloquy of sounds that disturbed his land…”

“He felt a warm cruelty, standing there on the beach of the soil.”

“The mink had the same vicious preciseness as the ferrets.”

“The boy had a brief inarticulate awareness that his father shied a little when he saw the big man come from the house.”

The big man, an obsessive badger trapper, is the novel’s sadistic monster. Slowly, as the novel progresses, he steers his van, filled with terriers and traps and guns, toward Daniel’s farm. “When he got from the van it lifted and relaxed like a child relieved of the momentary fear of being hit,” Jones writes. I reached for my cheek in self-defense when I read the line. This is the reader’s first glimpse of the big man. Very soon, he’s grinding his boot into the remains of a badger.

The big man’s work is clandestine. Badgers and rats seem to plague the area’s farms and farmers less ethical than Daniel pay him to do the dirty work. The badgers build complex tunnel systems called setts. The big man traces the tunnels and draws precise plans; he knows how to trap a beaver in its tunnel and just the right time to send in the dogs. This is how he makes a living. But the big man doesn’t sell badger skin: this isn’t mercenary work, but rather the avocation of a killer. “There was a kind of unnerving thing to him, there in the mist,” Daniel realizes. “It was as if he had no idea of right ownership.”

The big man, though unnamed, is an outcast; the police are after him. Badger protectors are on to him. A Big Loser, the big man clings to his guns and his dogs. He is the scar tissue of this impoverished land.

In alternating passages, Jones moves between the big man hunting beavers and Daniel birthing lambs as their inevitable collision nears. Daniel has lost the taste for food (“as if hunger was a memory rather than a call”); he is starving himself. The big man only grows thirstier for the blood of badger. Often, a reader is drawn to one or the other alternating characters and looks forward to his passages.

In The Dig, it’s easy to become attached to Daniel. He is kind and selfless and totally bereaved. His despair loosens in the soil, breaks apart in the barn. But Jones demands you don’t ignore the big man. He knows more about badger habits than anyone, perhaps, in all of Wales. The land, with all its thickening sounds and hidden signals, speaks to him. It warns him, too. He listens and hungers on.

Hunger’s kin is brutality. The big man feeds on it when he takes part in a badger kill that has the feel of the WWF combined with a public stoning. At climax, itself a rite buried within the masterfully stacks tunnels of the book’s whole, Daniel must seize the brutality from deep inside his farmer’s DNA just to do his job. The air of the world of this life is thick and without face; what answers come in confrontation provide little solace; instead, more questions.

Lambing doesn’t always produce little dolls. Freaks and monsters don’t come from imagination. Nature grows them without a second thought. As Jones tells us in this extraordinary novel, they can’t exactly be obliterated.