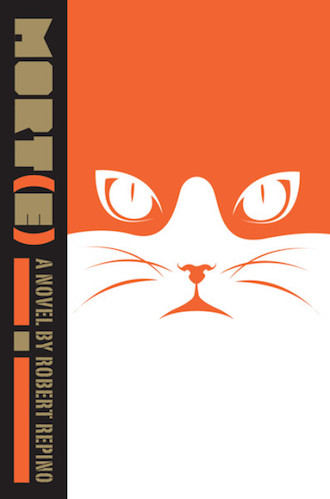 What if one day you woke up to find your cat had grown as tall as you? He says he doesn’t like his name and tells you he’s changed it. And maybe he’ll kill you, unless you can convince him otherwise. Or in a less hypothetical sense, try telling someone, anyone who’s not an avid reader, that you’re reading a novel about a former house cat turned war hero and in good humor they might say something about their own cat chasing moths by a windowsill. But walking, talking animals in stories are nothing new. The frogs and swallows in Aesop’s stories taught us wisdom and folly. They disguised social and political criticisms. They continue to be reinterpreted again and again–centered the cuteness of these beasts we often call our friends.

Charlotte’s Web, for instance–who can forget Wilbur the Pig, touches themes like friendship, courage and empathy. We are all made to read Animal Farm, at some point in our lives, an ever-beloved allegory of Stalin’s rise to power in the development of Soviet communism. Orwell’s novella is about the overthrow of the human oppressor, Mr. Jones, by a democratic coalition of animals, which quickly gives way to the consolidation of power among pigs. Likewise, In Robert Repino’s Mort(e), ants have engineered biological weapons. Cats and dogs, once slaves to games of fetch, walk tall on two feet wielding bazookas. They kill their former masters–revenge for being de-clawed and neutered. They even read a few books along the way.

As the story begins we meet Sebastian (the pre warrior Mort(e)), the Martini family’s house cat. Having never left the house that he shares with his owners, his only source of entertainment are the usual: sleep, eating and the occasional stare out a kitchen window. Everything changes when Sheba arrives, the dog of a very friendly neighbor. Sheba, in spite of being a dog, becomes Sebastian’s one true love. They spend countless days nestled in patches of sun in the basement. Until “the event” occurs and pets and strays alike share the agenda of mass genocide – they decide all humans must die. Within a day, the physical advancements are considerable. Animals speak, they grow opposable thumbs, they run on two legs and fire pistols. Imagine a six foot tabby trying to shoot you for removing his claws. Terrifying could be one word for it. Although it doesn’t seem impossible.

Sebastian eventually breaks free from his domestic living situation and like any epic romance that stokes the fire of a great war story, he embarks on a mission to find Sheba. Along the way he changes his name to Mort(e) and becomes a leader of The Red Sphinx, a colony of feline mercenaries. Their primary objective is to find a cure for the dreaded human bioweapon EMSAH which leads to the sickness and demise of every species within its various symptoms. He even makes friends along the way, with a medic cat Tiberius (formerly Socks) and Number One to the great bobcat leader Culdesac. To give much more than that away would be major spoilage, but it is safe to say the novel touches on almost every apocalyptic element: decimated cities, cannibalism, zombies–humans being roasted or eaten alive.

Unlike Aesop, Repino’s allegories here are not thinly disguised. He’s killed in making the unbelievable seem believable. And his is animals are mad. Mad at being farmed and eaten, mad at having their eggs stolen and made into omelettes, mad that their snipped sex parts that keep them from wandering, and the fact that we wear their skin doesn’t help matters at all. But aside from saying anything PETA said a long time ago, there are other interesting issues addressed in the context of Mort(e)‘s story. In it, there also lies both a criticism of language and of the fallibility in man kind’s offish tendencies. In an early chapter named THE STORY OF HYMENOPTERA UNUS, Repino writes: “Homo sapiens had a weakness for their language, a sort of gullibility […] humans would bicker over translations, authorship, historical context, symbolism, and meaning. They had to rely on the faulty memory of storytellers, the biased interpretations of scribes, and the whims of inefficient bureaucrats in order to pass down their collected knowledge […] they were merely talking monkeys, an unfortunate anomaly staining the elegance of the animal kingdom, and the entire world was worse off for it.”

Being 95% identical to chimpanzees, and 50% identical to bananas, the talking monkeys bit totally makes sense. Repino’s story features animals who have inhereted instructional blueprints which are both beguiling and frustrating to possess. But on a deeper read, Repino also addresses alternative ways to deal with the inefficiency of remedial traditions. This is the brilliance of Mort(e) as a novel. There are parts that make you think, that lend courage to ask questions against the grain. It touches on things like morphic resonance theory. It sneaks in observations similar of linguists like Noam Chomsky, who claims language learned by small children takes place so fast that it can’t be explained in terms of imitation alone; that the structure of language must be inhereted in some way. But by no means is his story didactic. Yes, it will compel the lending of a greater kindness to pets, ants, pigeons, whatever.

Yet Mort(e) is more cartoon-like than cerebral or altruistic. Less Spongebob, more Miyazaki films, which often show devotion to raising its meek, oppressed or sad characters as unlikely heros. Spirited Away and Kiki’s Delivery Service both showcase sentient beasts who would otherwise have nothing to say beyond being a prop within their technocolor adventures. These movies appeal to adults and kids alike in their handling of themes like necessary violence or social alienation. They get a candy-coated treatment of googly-eyed sootballs and bobblehead witches. Mort(e) is similar in the inventive and colorful way that he is affective with his testaments. And though sootball cartoons, sentient cats, or pigs names Wilbur might not be for everyone–who’s going to disparage a scene of a cat called Mort(e) decapitating a giant ant with an ax while riding shotgun in a speeding car? And why would we ever talk to those people anyway.